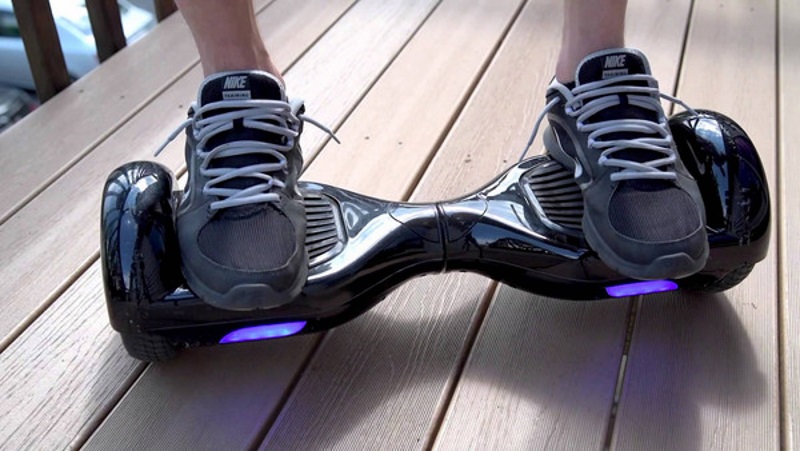 An Australian family home was gutted when a hoverboard caught fire as it was charging, officials said Tuesday.

Authorities said the hoverboard - a Christmas gift - was plugged into the wall in a young girl's bedroom in Melbourne when it ignited.

The family were able to escape after a smoke alarm alerted them to the danger but the house was severely damaged.

Hoverboards - in reality self-balancing electric scooters - have surged in popularity and are now selling in Australia for as little as Aus$200 ($150 or roughly Rs. 10,000).

But concerns have arisen about the hazard they pose for street or sidewalk traffic, safety issues for riders, and reports that some poorly designed chargers can lead to fires.

In December the Australian consumer watchdog said it had two safety concerns with the products - fires that have occurred overseas from the faulty design of some hoverboard chargers and user injuries by falls.

Hollywood star Russell Crowe was recently blocked from taking a hoverboard on a Virgin Australia flight, while several other airlines do not allow them.

The girl's father, Ash Ibraheim, said he had made sure the hoverboards he bought three of his four daughters for Christmas met Australian standards.

"We heard there were a lot of imported versions that weren't complying, so we wanted to make sure we got the right thing," he told the Australian Broadcasting Corporation.

He said he was grateful that the fire, which was sparked about 10 minutes after the board had been plugged in to charge, did not start when the girls were sleeping.

"By the time the fire brigade came the whole house was on fire," he said.