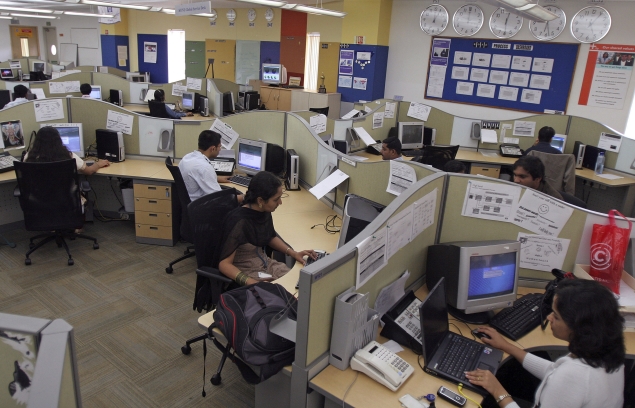 Hillary Rodham Clinton said Tuesday that if Silicon Valley executives want to persuade Congress to let them hire more high-skilled professionals from abroad, they would have a better case if they also funded college-based training programs for U.S. workers.

The former secretary of state described herself as a champion for Internet freedom and believer in the power of social media at a conference for marketing professionals in San Francisco, the first stop on a multi-day speaking tour that will take her to three Western states.

She recalled how she pushed diplomats to use Twitter and Tumblr to communicate with citizens in foreign countries and to offer assistance to fledgling political movements in Iran and Egypt.

"I made it my personal mission to stand up for Internet freedom and against the repressive censorship we see, particularly in China and Russia, because the freedom to connect is a universal right," said Clinton, addressing several thousand people at a customer conference hosted by Marketo, a Silicon Valley maker of marketing software.

Following her speech, Marketo CEO Phil Fernandez told Clinton, a potential 2016 Democratic presidential candidate, that increasing the number of H-1B visas the U.S. awards to skilled foreign workers each year was a top concern of his and other tech leaders.

Clinton said allowing more foreign professionals into the U.S. could help boost the economy by fueling technological innovations and should be part of a plan for comprehensive immigration reform. But she added that there is more Silicon Valley leaders can do to help their cause.

She said that with immigration legislation stalled in the House of Representatives, tech leaders might have more luck winning over "the skeptics" in Congress if they devoted more money toward preparing the domestic labor force for tech jobs.

"There ought to be more of a partnership," she said. "There is a lot of cash sitting around in Silicon Valley."

Fernandez also asked Clinton to share her thoughts on two other issues increasingly confronting California's technology companies - the low numbers of women serving on corporate boards or in top leadership positions and the way Silicon Valley's wealth is driving up the cost of housing.

On affordable housing, Clinton said that the private sector could do more to help the government subsidize housing, not just for the poorest residents, but for teachers, police officers and other members of the middle class who are being priced out of the communities where they work.

"Inequality of the kind we are now experiencing is bad for individuals, bad for our economy, bad for our democracy," she said.

Clinton acknowledged that the comparative lack of women in leadership posts was a tough problem. But she said companies need to make sure they are bringing out the best in all employees, including young men. She drew loud laughs as she described her own journey growing "skin like a rhinoceros" and learning not to take criticism personally, but seriously.

Asked about if she would seek the Democratic nomination for president in 2016, Clinton said she is seriously mulling the idea but not ready to commit to a long campaign.

After her California stop, Clinton was scheduled to be in Portland, Oregon, on Tuesday night for a speech before the World Affairs Council of Oregon. She also has speeches set for Thursday and Friday in Nevada and California.