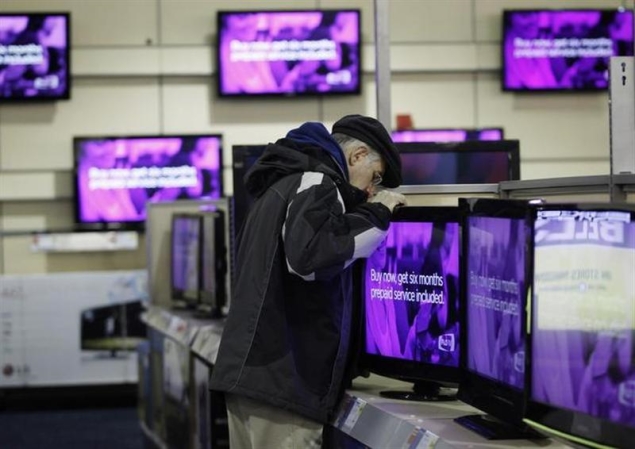 A 90-year-old helium reservoir in Texas could shut down next month causing disruptions and raising costs for makers of high-tech products from MRI scanners to semiconductors and threaten medical treatments and research.

More than 100 organisations, universities and companies, including Siemens, Philips, Samsung, and General Electric, wrote to the U.S. Congress last week urging it to keep the reservoir open or risk a disruption to the U.S. economy, putting millions of jobs at risk.

Helium, best known as a party gas for filling balloons and making the voice squeaky, is also needed for aerospace and defence industries as well as smart phones, flat-screen TVs, medical equipment and deep-sea diving tanks.

The gas, which is the second most abundant element in the universe, is difficult to capture and store, making the U.S. reservoir a vital source.

The U.S. Federal Helium Reserve has been providing around a third of global crude helium and 40 percent of U.S. supply. But this will be turned off after October 7 unless Congress acts to extend its life.

The reserve near Amarillo in Texas was opened in 1925 as a supply of helium for airships and it then provided helium in the Cold War and the Space Race.

By 1995 the reserve was $1.4 billion in debt as a result of earlier purchases of helium from private producers. The debt is due to finish being repaid to the U.S. Treasury by the end of this month and under current law, funding to the federal program will then stop, terminating operations.

Congress would have to amend the law or pass new legislation to keep the reserve going.

Helium refiners have already been raising prices in anticipation of its closure.

GE Healthcare, which uses helium to make MRI scanners, told Reuters the spot price of liquid helium has jumped to $25-30 per litre from $8 last year.

"There is no question the situation is challenging. We are having to look at different sources of helium, not just the U.S. supply, and have invested $17 million in a plant to capture waste helium," said Richard Hausmann, president and chief executive of GE Healthcare's global Magnetic Resonance business.

The firm uses around 5.5 million litres of helium a year in its production facility in South Carolina and another 6 million litres a year servicing MR systems at U.S. sites.

Using other gases instead can result in poorer quality goods or require costly and unproven re-fitting of processing or manufacturing machinery.

"If supplies were disrupted for a significant period it could even impact the overall economy," Rodney Morgan, vice president of procurement at computer memory manufacturer Micron Technology, told a hearing of the U.S. House Committee on Natural Resources earlier this year.

The cost of helium already makes up to 30-40 percent of research budgets so further price rises could be crippling.

Some university research projects in Britain were put on hold and brain-scanning equipment was shut down last year due to a helium shortage.

Helium is a by-product of natural gas production but once it is released into the atmosphere it cannot be captured. Demand for helium has risen, driven particularly by Asia's booming manufacturing industry.

Annual global production of helium was nearly 175 million cubic metres (mcm) in 2012, according to the U.S. Geological Survey, but demand is forecast to rise to over 300 mcm by 2030.

"Even if the reserve didn't go offline, things aren't good at the moment. There is definitely around a 3 percent shortage. Everything produced is being snapped up," said Richard Clarke, resources consultant and former helium specialist at the Culham Centre for Fusion Energy in Oxford.

The U.S. reserve is important because other countries' supplies, such as Qatar, Russia and Algeria, are still too erratic or not large enough to cover the U.S. shortfall.

Qatar could potentially supply around 20-25 percent of world helium when its two large liquefaction plants reach full capacity. Air Liquide started up a 38 million cubic metre per year plant last month but it is not yet operating at full potential.

Algeria already supplies 10 to 15 percent of global helium but could potentially provide more if it recovered helium from natural gas export pipelines to southern Europe.

Russia currently accounts for around 3.6 percent of global helium production, according to Ernst & Young, but it needs to build a lot of gas infrastructure in Siberia to enable its output to equal that of the United States by 2022-2025.

"October 7 is D-day for helium," said Clarke. "It may be that U.S. President Obama has to pass a continuing resolution to keep operations going."