Gorilla Glass, Used for Smartphones, Is Coming to Cars 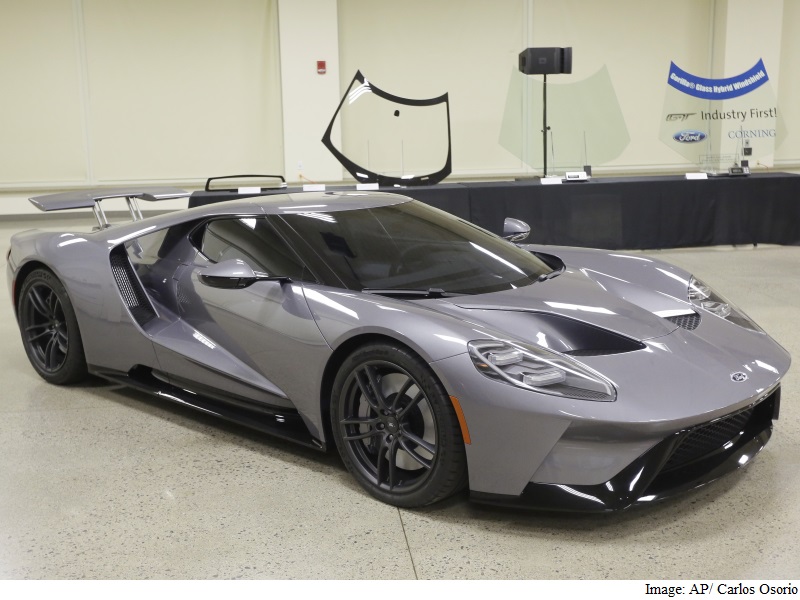 The thin, lightweight glass on your smartphone could soon be found on your car.

Corning Inc.'s Gorilla Glass is used for the screens on billions of mobile phones. Now, car makers are using an automotive version to help shave weight off their vehicles and improve fuel economy.

BMW AG was the first to use Gorilla Glass last year. The material formed an interior panel in the i8 hybrid sports car.

Ford Motor Co. will be the first to use it for a windshield and rear window in the new Ford GT sports car, which is scheduled to go on sale next year. The GT also has a Gorilla Glass engine cover.

"It's the newest thing to happen to glass since 1923," said Paul Linden, a supervisor of body exterior mechanisms at Ford. That was the year Henry Ford started using shatter-resistant glass in the Model T.

Traditional windshields are made up of two layers of heat-treated annealed glass with a plastic layer in between. Annealed glass forms a spider web pattern when it breaks, and the pieces are designed to stick to the plastic layer to prevent injury to passengers.

The GT's windshield is a hybrid. It has an annealed glass outer layer and plastic in the middle. But the inner layer is made of chemically-strengthened, automotive grade Gorilla Glass, which is much thinner and lighter than traditional glass. Ford says using Gorilla Glass makes the windshield 32 percent lighter, which saves fuel and improves the car's handling.

The glass meets US safety standards, Corning says, and it has endured automakers' tests on rough roads and in wind tunnels. Ford says it's tougher than traditional annealed glass. When engineers shot pieces of hail at Gorilla Glass, for example, it wasn't damaged. The annealed glass shattered.

Gorilla Glass doesn't work everywhere. The side windows of the GT, for example, are made of tempered glass. Automakers tend to use tempered glass on side windows because it breaks into tiny pieces and doesn't have a plastic layer that could hinder someone from exiting the vehicle in a crash. Doug Harshbarger, business director of Corning's automotive glass business, says Corning is working on alternate ways of designing Gorilla Glass for use throughout the vehicle.

Gorilla Glass has been used by the consumer electronics industry in 2007. Ford and Corning began working together on an automotive glass in 2012. Harshbarger says the company is also working with several other automakers, who are racing to meet stricter fuel economy standards that go into effect in a decade.

"Weight is the enemy," Linden said.

Lightweight glass isn't the only option for saving weight. Toyota Motor Corp. uses a high-strength plastic for the moonroof on its Prius V wagon, for example.

One barrier to the wider adoption of Gorilla Glass is expense. Harshbarger says it costs $2 to $4 more per pound of weight saved than traditional glass. Ford is saving around 12 pounds on the GT, so that means a $24 to $48 premium per vehicle. An expensive supercar like the $400,000 GT can easily absorb that, but mainstream cars can't.

But Stephanie Brinley, a senior analyst with IHS Automotive, says launching new technology on high-end cars helps companies figure out if it would be feasible on other vehicles. She says Gorilla Glass has a lot of promise, since it's both tougher and lighter.

Linden says he believes Ford will eventually use Gorilla Glass throughout its lineup.