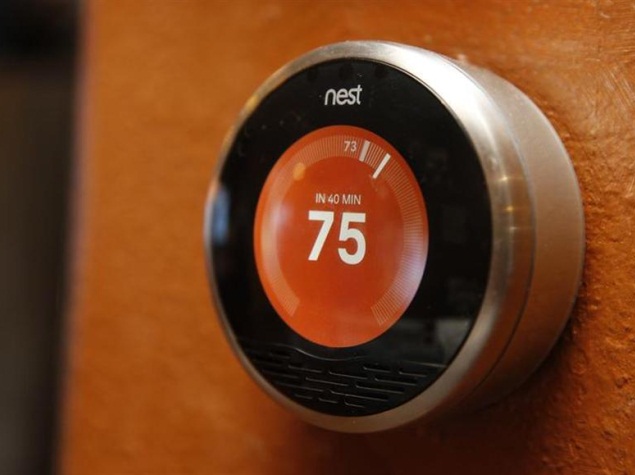 Google Inc's Nest Labs on Tuesday unveiled an industry group to encourage makers of smart home gadgets like locks and light bulbs to use Thread, a new standard for devices to communicate on a network.

The attempt by Nest, a smart thermostat maker that Google bought in January for $3.2 billion, to lead the way on how future household devices to speak to each other, underscores the importance Google puts on areas like cars and the home.

It follows similar initiatives by Qualcomm Inc, Intel Corp and other technology companies.

Thread is a networking protocol with security and low-power features that make it more suitable for connecting household device than others, such as Wi-Fi, NFC, Bluetooth or ZigBee, said Chris Boross, a Nest product manager who heads the new group. Nest's products already use a version of Thread, he said.

The radio chips used for Thread-compatible smart devices are already in many existing connected home products that use ZigBee, like Philips Hue smart light bulbs.

Those Zigbee devices could potentially be updated with software from their manufacturers to work with Thread after a product certification program starts next year, Boross said.

"Around that time I imagine that Thread-compliant products will start hitting the market, but people can start building Thread today," he said.

Companies including Silicon Labs, Freescale, NXP and Atmel make chips that could be used in Thread-compatible products, which Boross said will be easy to interconnect and offer improved security.

In June, Nest said it partnered with Mercedes-Benz, Whirlpool Corp and light bulb maker LIFX to integrate their products with its thermostats and smoke detectors.

Earlier in July, Microsoft Corp became the 51st member of a competing group called AllSeen Alliance, which is led by Qualcomm and also includes Sharp Corp and other consumer electronics manufacturers.

Apple Inc, known for strictly controlling how other companies' products interact with its own, in June announced plans for HomeKit, its own framework for connecting household gadgets.