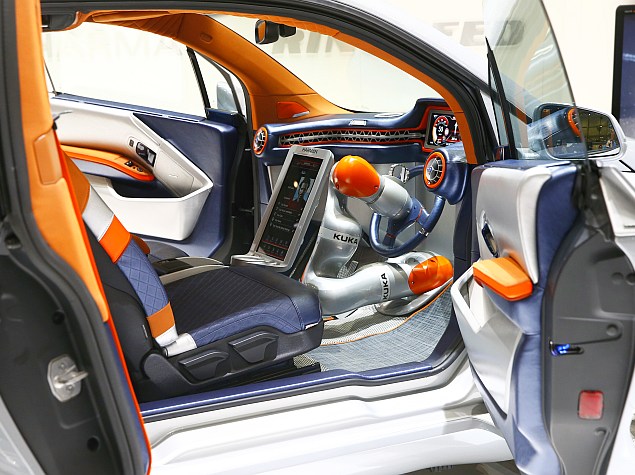 Google Inc said it would give monthly updates of accidents involving its driverless cars.

The report for May showed Google cars had been involved in 12 accidents since the company first began testing its self-driving cars in 2009, mostly involving rear-ending.

Google said one of its vehicles was rear-ended at a stoplight in California on Thursday, bringing the total count to 13 accidents.

A Google spokeswoman said the consumer watchdog conclusion was erroneous because most of the rear-end accidents occurred when the vehicle was stopped.

Consumer Watchdog called for more details on the accidents, including statements from witnesses and other drivers.

None of these accidents were caused by a fault with the car, Google said.

Google's self-driving-car program director, Chris Urmson, said in May that the cars have been involved in 11 accidents.

Google is about to take its pod-like prototype vehicles off the test track and on to Mountain View, California, roads this summer. The company described the two-seater car as "the world's first fully self-driving vehicle."

Built in Detroit by auto supplier Roush Industries, the prototypes will be equipped with removable steering wheels, brake pedals and accelerator pedals so test engineers can "take over driving if needed," Urmson said in May.