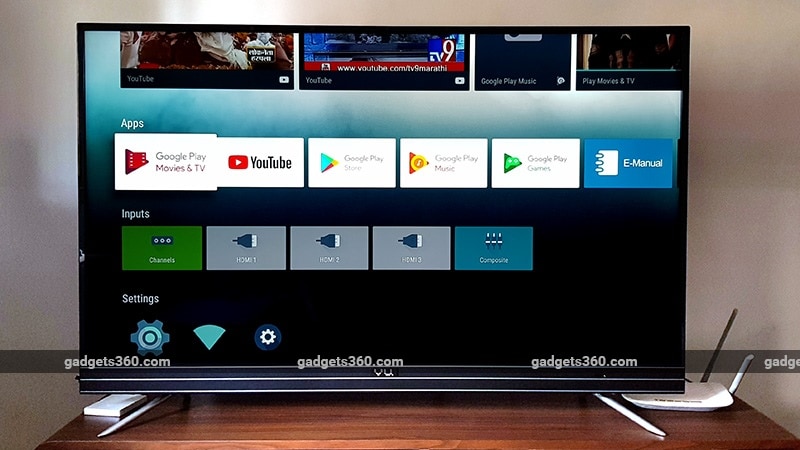 The sluggish Android TV is finally getting an upgrade. At Google I/O, the company has announced that Android TV with the new Android P update will be more streamlined, thanks to all the new features coming in. One particularly important upgrade is the new, improved, and simplified setup process. There's also the addition of suggested settings and auto app installs to improve the overall experience. To encourage developers to make more Android TV apps, Google has also launched a dongle that allows them to create and test these apps thoroughly.

Talking about the setup process, Google has tried to make it fast and easy by simplifying it to a large extent. If you have an Android device, the Nearby phone notification will let you setup your updated Android TV. For other operating systems, a simple browser sign-in will be required. Android TV will also make use of Google's autofill feature to sign into apps like Netflix, Hotstar, and more.

Android TV will now suggest specific apps that should auto-download and install during the setup process, however your permission will be asked before installation. This process eliminates the need for you to go into the Store and download each app manually. Furthermore, there's also the introduction of something known as suggested settings which essentially reminds you of a step that you may have skipped during setup by highlighting it in the Settings menu whenever you open it.

While these changes aren't going to majorly change the Android TV experience, the time consumed in setup will definitely reduce. The Android TV team told Android Police that it is working with partners to develop solutions that will provide a more consistent update solution for consumers in the future. The plan is to maintain generic Android TV images for OEM partners to use for development. This will enable frequent software updates and even help distribute them much faster. By 2019, the team is hopeful that the TV platform will release on the same timeline as the rest of Android.

Google has separately also announced a new Android TV dongle intended for developers at I/O this year. The ADT-2 device is an over-the-top (OTT) HDMI stick that is essentially designed to give developers an easy access to the Android TV platform. This dongle gives developers a reference platform to test their Android TV apps. It supports 4K resolution at 60fps, Google Assistant, and HDR playback. There's also 8GB of storage built-in. Google has made only a limited number of ADT-2 sticks and developers can apply for one here.