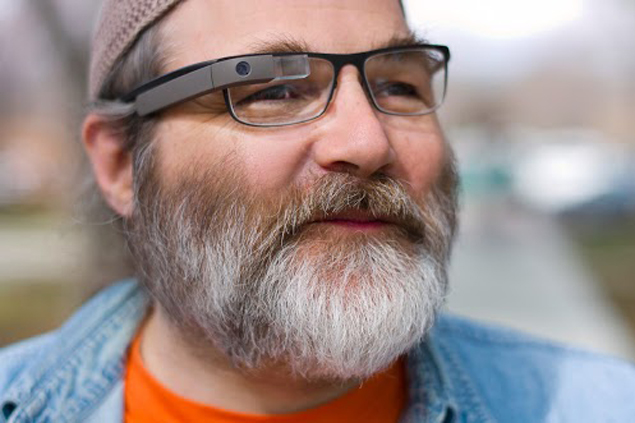 We reported earlier that Google had announced integration of third party apps into its Google Glass eyewear. Now the search giant has officially stated that you will be able to "add frames and lenses that match your prescription".

Posting the info on their Google+ page, the Google Glass team clarified, "One of the questions we hear the most is whether there will be a prescription solution for Glass. The short answer is: yes!"

The picture posted above is of Greg Priest-Dorman, a member of the Google glass Team sporting one of the prototypes of the wearable computing device that is currently under testing. The post informs us that the design for prescription frames is in the process of being perfected.

It also goes on to say that the Explorer Edition will not feature the prescription solution upon its release, but users can expect to see them later this year.

At a brief appearance on stage at a TED Conference Brin said the Glass eyewear will be available later this year at prices lower than the $1,500 charged to software developers and early adopters during a restricted test phase.

According to Brin that Glass frees the eyes as well as the hands when it comes to connecting to the Internet on the go. Glass wearers can speak commands to the eyewear, and built-in camera technology allows pictures or video to be captured from first-person perspectives while people take part in what is happening.

The glasses include a tiny display screen attached to a rim above the right eye and run on Google's Android operating system for mobile devices.

In the latest demonstration of the product's potential, Google posted a video showing people wearing the glasses while skydiving, riding a rollercoaster, skiing, riding a horse and even swinging on a trapeze. The company also posted photos of the glasses in five different colours: charcoal, tangerine, shale, cotton and sky blue.

At the recently held SXSW Interactive convention, Google Glass advocate Timothy Jordan demonstrated third-party apps for the Google spectacles. Some of the apps demoed were Gmail, Evernote, Skitch, Path and New York Times. Google mentioned at the event that each Glass integration must abide by four principles: "design for glass," "don't get in the way," "keep it timely," and "avoid the unexpected."
Comments

Vevo aims to differentiate itself from YouTube with Web TV
Samsung Galaxy Note III to come with LCD display: Report