Google Glass used in yet another surgery, this time in India 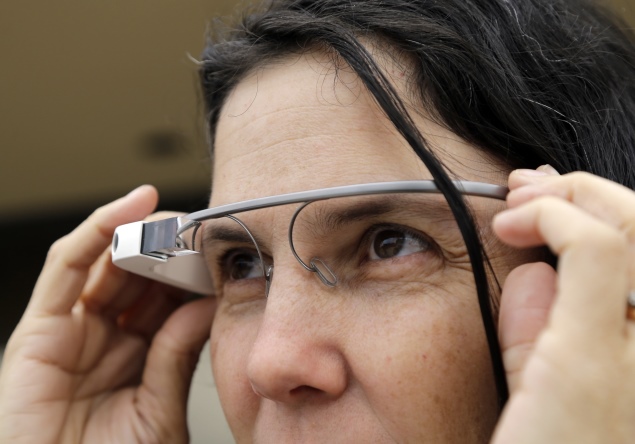 Wearable computers and electronics were the biggest crowd pullers this year at the Consumer Electronics Show (CES). And just to showcase how popular they will become in the eventual future and also how useful they will be, a team of doctors led by US-based orthopaedic surgeon Selen G Parekh performed a foot surgery recently with the help of the Google Glass, using the technology on board to broadcast the surgery live on the internet and to share the information with other doctors, recently.

The surgery took place at an Indo-US conference in Jaipur headed by Dr. Ashish Sharma, according to a report by DNA India. He says that the device can be, in the coming years, used to communicate with the family of a patient, teach students remotely and communicate with other doctors during a surgery. For those not familiar with the Google Glass Project, it is essentially a wearable device, eyeglasses that provide augmented reality features. The hardware includes Wi-Fi and Bluetooth capabilities (can work with Android and iOS devices), cameras, voice-activation commands, and a heads-up display.

Dr. Sharma described the benefits, saying: "The image which the doctor sees through Google Glass will be broadcasted on the Internet. It's an amazing technology. Earlier, during surgeries, to show something to another doctor, we had to keep moving and the cameraman had to move as well to take different angles. During this, there are chances of infection. So, in this technology, the image seen by the doctor using Google glass will be seen by everyone throughout the world," he said.

Rural areas could also benefit, wherein a doctor could remotely examine a patient who is unwell. Google shipped 8000 of their Google Glasses as a part of their ongoing testing, 'Explorer Program' wherein they sent out the glasses specifically to testers across the globe.

Google Glass has been used by surgeons before. Ohio State broadcasted an ACL surgery last August. Another Indian doctor performed an upper gastro-intestinal laparoscopy procedure in September. Google Glass' medical potential has spurred start-ups and medical technology firms to look further into the applications of the technology in the medical field.

One San Francisco company sees Google Glass as a way to automatically log medical records, saving doctors from paperwork and giving them more time to do what they do best. Dr. Pierre Theodore of the University of California, San Francisco used the technology to view a patient's X-Ray reports during surgery.