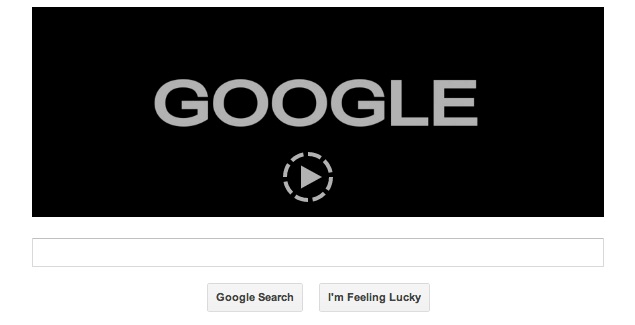 The doodle features a video showcasing some of the best film credits designed by Bass. The elaborate video is a mix of these credits in sequence set to the tunes of Unsquare Dance, a musical piece written by the American jazz composer Dave Brubeck. He has been credit for designing some of the most acclaimed film credit sequences for film makers like Alfred Hitchcock, Stanley Kubrick and Martin Scorsese and movies like Carmen Jones, Man With the Golden Arm, Psycho and Vertigo, among others. His last work was Martin Scorsese's Casino.

Saul Bass was born in 1920  in Bronx, New York (US). He studied at the Art Students League part time and attended night classes at Brooklyn College. He started his career in the 1940s with print work for film ads. He got his first break in 1954 when he designed the movie poster for filmmaker Otto Preminger's Carmen Jones. Preminger asked Bass to also design the credit sequence for the movie. He then worked with veteran film-maker Alfred Hitchcock for creating credit sequences for movies like North by Northwest, Vertigo, and Psycho. He also contributed to the visual design of many of these films.

His credit sequences were revered for their innovative approach. In fact before he started working, credits were mostly projected on cinema curtains.


Bass also designed some of the most iconic company logos including logos for AT&T, United Airlines and Quaker.