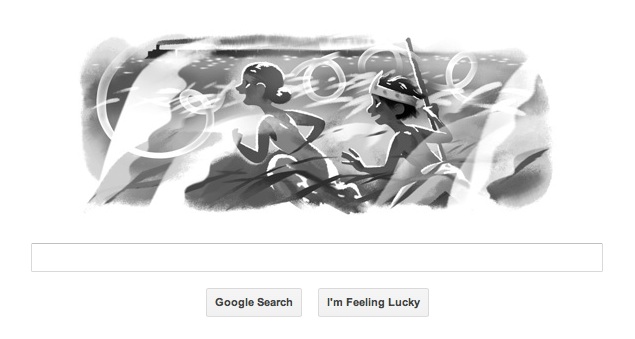 Satyajit Ray's 93rd birth anniversary has inspired Google to dedicate a doodle to the veteran Indian film maker. The doodle features a sketch inspired by a scene from his much acclaimed film, Pather Panchali.

The scene featured the two lead protagonists, Apu and Durga running through the fields, with a train moving at a distance, in the background.

Released in 1955, Pather Panchali was Ray's first film and won International acclaim with eleven prizes, including Best Human Documentary at the Cannes Film Festival. It was part of Ray's Apu trilogy that also included Aparajito and Apur Sansar which released in 1956 and 1959, respectively. The film was based on the novel by the same name, written by Bibhutibhushan Bandopadhyay.

Satyajit Ray was born in Calcutta in 1921 in a prominent Bengali family. He started his career as a painter and a visualiser but had a keen interest in cinema, besides having made some documentaries. He was inspired by neorealist films like Ladri di biciclette (Bicycle Thief), and decided to make Pather Panchali into a film after 1950. Some of his other acclaimed films include Charulata, Nayak, Devi, Jalsaghar, Aranyer Din Ratri Mahanagar and Jana Aranya. In total, Ray directed 36 films including feature films, short films and documentaries.

Ray also wrote fiction including Feluda, a series of Bengali novels and short stories revolving around the private detective Feluda. Ray won 32 National Film Awards and an Oscar for lifetime achievement. He also won the Bharat Ratna, the highest civilian honour in India in 1992 and the Dadasaheb Phalke Award in 1985.

He was also the second film personality following Chaplin who was awarded an honorary doctorate degree by Oxford University.