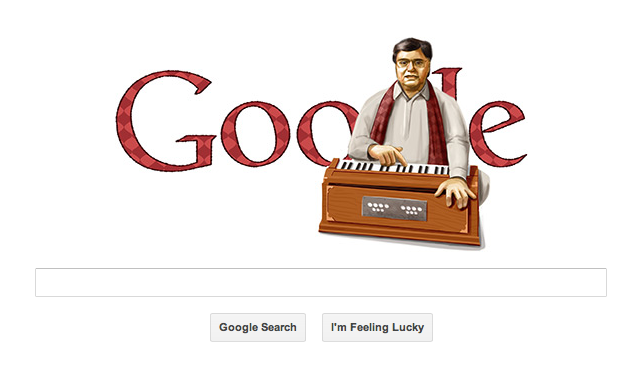 Jagjit Singh, popularly known as the Ghazal King, is the subject of Friday's Google doodle in India.

Jagjit Singh was born Jagmohan Singh in Sri Ganganagar, Rajasthan, India on 8 February 1941. His musical talent was spotted at an early age and his father encouraged him to learn music from prominent talents of the time. In 1965, at age 24, he decided to head to Bombay to try and make a career in music.

In Mumbai Singh met Chitra Dutta, who was unhappily married at the time. She went on to divorce her husband and married Singh in 1969, paving the way for one of India's most popular singing duets to be united in personal life. The couple started singing ghazals, a form of singing that originated in 6th century Arabic verse. It wasn't until 1976, with the album The Unforgettables, that the couple received any kind of recognition or success.

Ghazal singing is a very old Indian tradition, but it was Jagjit Singh who is credited with taking ghazals to the mainstream audience, beyond its core set of fans. Amongst the earliest popular ghazal singers was Ustad Barkat Ali, but it's likely there were many others before him whose names have not been preserved due to lack of historical records. Later on singers like Begum Akhtar and Ustad Mehdi Hassan took ghazals from classical singing to something that had a wider appeal. Others like Ustad Amanat Ali Khan, Begum Akhtar, Mehdi Hassan, Ghulam Ali, and of course, Jagjit Singh, followed suit.

Jagjit Singh continued to do solo projects after Chitra gave up on her musical career due to the death of their son. Popular projects of this era include Marasim, Maa, Mirza Ghalib and others. He continued to contribute to films with songs like O Maa Tujhe Salaam in Khalnayak, Chhitti Na Koi Sandesh in Dushman, Hosh Walon Ko in Sarfarosh, Badi Nazuk Hai in Joggers' Park, as well as others.

Singh suffered a cerebral haemorrhage on 23 September 2011 and died in Mumbai on 10 October 2011.