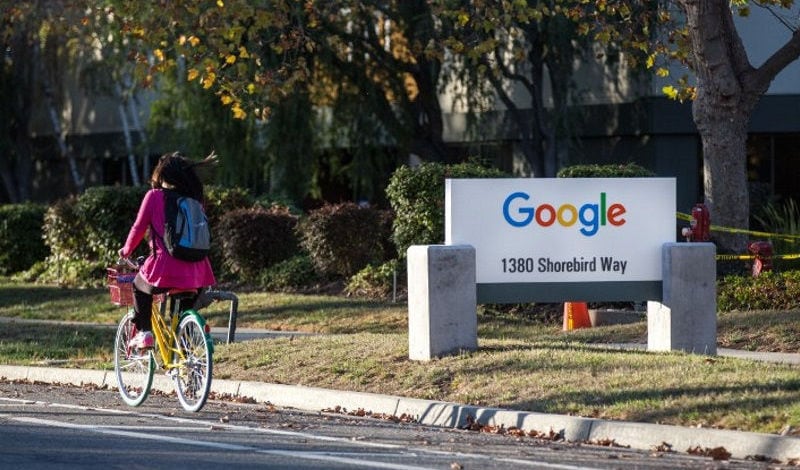 Organisers of a free speech protest planned at Google locations across the United States said late Tuesday that the marches were postponed because of threats from "left-wing terrorists."

"The Peaceful March on Google has been postponed due to credible Alt Left terrorist threats for the safety of our citizen participants," organisers wrote on a blog post on the protest's website.

The postponement of Saturday's rally comes on the heels of bloody clashes in Charlottesville in which a man who was reportedly a Nazi sympathiser allegedly crashed into a crowd of activists, killing one person and injuring 19. On Tuesday, President Donald Trump used the term "alt-left" and said both sides were to blame for the violence.

The rally's organizer, Jack Posobiec, is an alt-right activist and self-described "reality journalist" who used conspiracy theories to galvanize Trump supporters during the presidential campaign, including the infamous "Pizzagate" rumors of child trafficking.

Posobiec gained national attention from the conspiracy theory, which claimed Hillary Clinton and her campaign chief harbored a child sex ring in a pizza restaurant in Washington. The Internet-fueled falsehood led a gunman in December to fire an assault-style rifle as he searched the pizzeria, Comet Ping Pong.

In his blog post announcing the postponment, Posobiec blamed the mainstream media, and in particular CNN, for making "malicious and false statements that our peaceful march was being organized by Nazy sympathizers."

He said that someone had threatened to use a vehicle to drive into the march.

The protests were triggered by Google's firing of engineer James Damore, who wrote a 10-page internal memo criticising the company's diversity policies and advocating negative stereotypes about women.

The march appeared to be hastily scrubbed. Earlier Tuesday, the website announced that four cities had been added to the protest schedule.

But Posobiec was also facing pressure to postpone the march from other members of far-right movements, who said that it was ill-timed.

"The rallies this weekend are being created by the alt-light so they are going to suck," alt-right leader Richard Spencer said in an interview Tuesday afternoon. Alt-light is a term used by some alt-right figures to disparage more conciliatory elements of the movement.

Mike Cernovich, another far-right commentator, said in an interview that the march was ill-timed in the wake of events in Charlottesville.

"I'd be surprised if the march on Google happens this weekend," he said in an interview before the postponement.