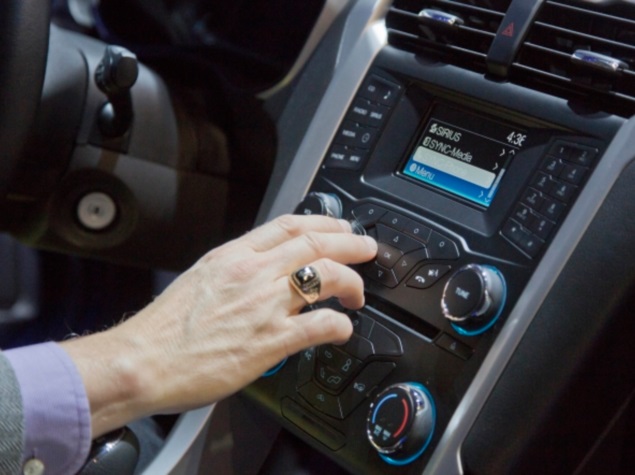 Ford is reportedly set to adopt BlackBerry's QNX for its next-generation Sync in-car system, ditching Microsoft's Windows in the process.

Bloomberg, in a report citing people familiar with the matter, has revealed that Ford has off-late been struggling with in-car technology glitches in the current system based on Microsoft's technology. The company reportedly hopes a switch to BlackBerry's QNX system will improve the situation.

Apart from the increased reliability, cost is also said to be a concern, as the report informs that BlackBerry's QNX system is cheaper than using Microsoft's in-car technology. The report adds that the QNX system will improve flexibility and speed of Ford's next Sync system.

Ford has more than 7 million vehicles on the road with Sync using Microsoft voice-activated software to make mobile phone calls and play music, the report claims.

Ford Motor's chief, Alan Mulally, who was long-rumoured to be in the race to become Microsoft's CEO until Satya Nadella took charge earlier this month, has reportedly been noticing company's descend in surveys conducted by J.D. Power & Associates and Consumer Reports. Most of the negative feedback is apparently centred around faulty in-car technology, a factor that could at least partially be behind the switch.

Notably, BlackBerry's subsidiary QNX has been providing in-vehicle functions such as navigation, audio, iPod and MP3 player connectivity, media management, and Bluetooth hands-free to some popular car manufacturers such as Acura, Audi, BMW, Daewoo, Hyundai, Land Rover and Porsche, among others.

An earlier report suggested that technology giants like Google, Apple and Microsoft are set to battle for control of the car, as the car becomes a connected Internet device. The war is shaping up a lot like the computer sector, with Google, Apple and Microsoft and others like BlackBerry fighting to be in control of the vehicle's "operating system" to deliver apps, navigation and other services.