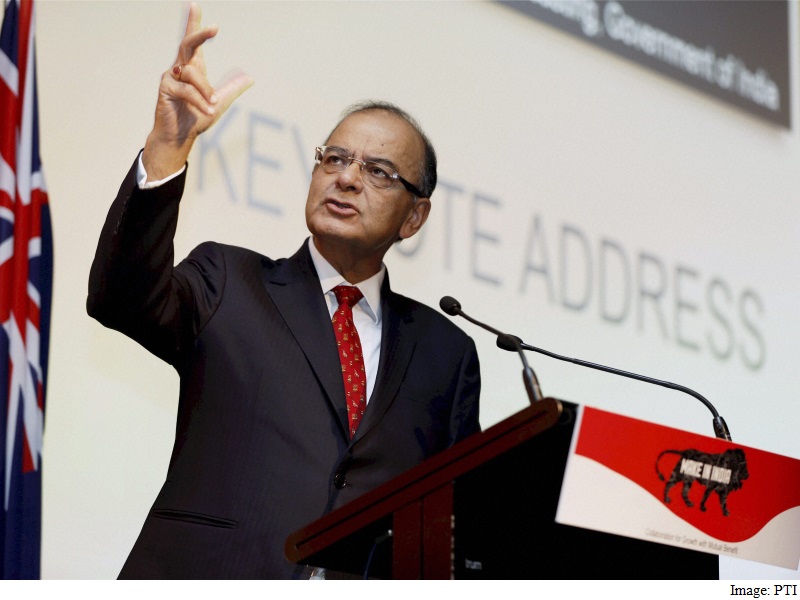 India becomes the key focus of the world today and 'Make in India' is one of the key focuses of the government, Jaitley, who is in Sydney for two days, said.

"India could manage to become a very low cost service provider but failed to transform into a low cost manufacturing," Jaitley said, adding that now there was an opportunity to do so.

"Indian government does feel that manufacturing sector does need to grow," he said.

The Minister pinpointed that with People in agriculture sector moving out, there was a need to achieve the target of manufacturing sector to occupy the 25 percent of India's GDP.

Jaitley said that now is the time when 'Make in India' campaign can translate into actual activities.

He said despite global economic downturn, India had shown a great resilience.

"For two consecutive years, we are the fastest growing economy in the world. When we measure ourselves by our own standards, we believe that 7.5 percent does not reflect our true potential," Jaitley said.

India has to invest in its infrastructure in a bid to prepare a base for an economy of this huge size, he said.

"Manufacturing must occupy a space," he said, adding that global investors must look at India.

Bishop described the meeting as "productive" and positive that comprised several bilateral issues between the two sides.