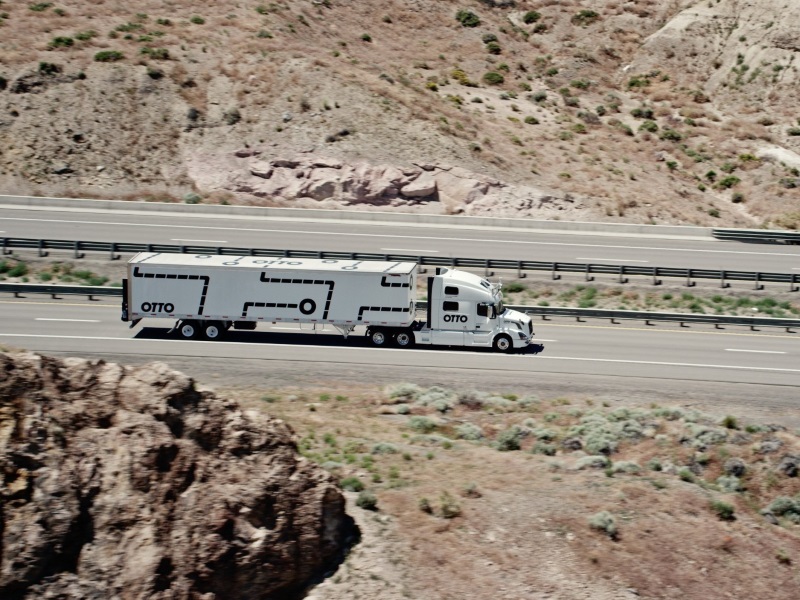 Highlights
A former member of Google's autonomous car team and other Silicon Valley veterans on Tuesday introduced a startup devoted to self-driving trucks.

Anthony Levandowski and Lior Ron, a fellow "Googler" who was once a top player at Google's free mapping service, said they founded a company called Otto in San Francisco.

The approximately 40 members of Otto include talent from Alphabet Inc's Google, Apple, and Tesla, according to a blog post by Levandowski and Ron.

"We're a team comprised of the sharpest minds in self-driving technology, and we are committed to reimagining transportation not just improving it," the post said.

"At the heart of our vision is the belief that self-driving tech is the key for creating a more sustainable, productive and above all, safer transportation future."

Instead of trying to build self-driving trucks from the ground up, Otto is equipping trucks already on roads with sensors, software and other technology to take over for human drivers, perhaps when they need to sleep during long hauls.

"To speed the adoption of self-driving technology, we began by equipping existing trucks on the road with our unique self-driving kit, designed to empower truck drivers to drive more safely and efficiently," the blog post said.

Otto technology is being tested by a fleet of research trucks in controlled settings on US highways, with a demonstration recently done on a public thoroughfare, according to the startup.

"We intend to enhance the capabilities of the Otto truck, collect safety data to demonstrate its benefits, and bring this technology to every corner of the US highway system," the co-founders said.

"It's time to rethink how we move goods on the road," Otto co-founders said.

Google, Tesla and an array of major car makers are racing to get self-driving cars on roads, but it could be that cargo trucks leave the starting line first since companies are likely to make more calculated and less emotional decisions.

A production series self-driving truck German auto-maker Daimler made its maiden voyage on a highway in that country late last year, with the company calling it an important step toward an emerging market for autonomous road transport.