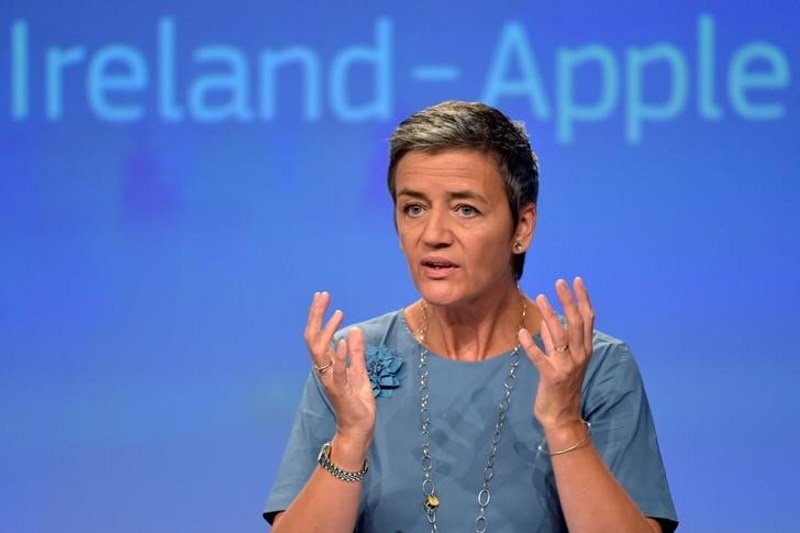 Europe's powerful Competition Commissioner Margrethe Vestager said Monday that the EU order for Apple to pay $15 billion in taxes did not represent any bias against US companies.

Speaking hours after the European Union launched an in-depth probe into alleged sweetheart tax deals between French gas group Engie and Luxembourg, Vestager said the new case was evidence that the EU was going after all tax evaders.

"If you look at our practice, then you cannot find a US bias. You cannot find the statistics to back up any kind of bias," she said in Washington.

That came after US companies, including Starbucks, Amazon and Google parent Alphabet, have come under probes over the low profits tax they pay in Europe due to alleged sweetheart tax deals with certain governments.

When the Apple ruling was announced late last month, US Treasury Secretary Jacob Lew criticized it as unfairly targeting US companies.

Vestager, speaking at a news conference ahead of a meeting with Lew, said that of some 150 such tax rulings made by the European Commission since 2000, only two percent involved US companies.

She also said the tax hit on Apple was not a reprisal against US regulators' imposition of multibillion-dollar fines on European banks for violating US sanctions on other countries and for their involvement in the massive US subprime mortgage bond crisis.

Last week the US Justice Department proposed a record $14 billion fine against Deutsche Bank for its selling of high-risk mortgage bonds before the 2008 financial crisis.

"I am absolutely certain that the decision on Deutsche Bank is built on facts of the case and American legislation," Vestager said.