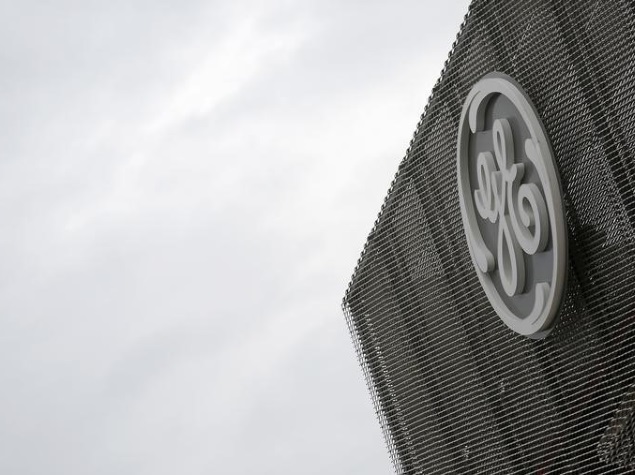 Swedish group maker Electrolux has agreed to buy white goods activities washing machines to fridges from US conglomerate General Electric raising its status as a rival to Whirlpool, it announced on Monday.

The deal, worth $3.3 billion (2.55 billion euros), will pitch Electrolux in head-on competition with Whirlpool in the huge US market.

The agreement covers a wide range of household appliances but puts Electrolux at risk from increasing debts and greater dependence on sales in the United States.

The investment is substantial for Electrolux, which is being watched closely by credit rating agencies.

"This is our largest acquisition ever," Electrolux chief executive Keith McLoughlin said during a conference call.

General Electric (GE) has sought for some time to focus on manufacturing offering increased profit margins in such fields as energy, health care and aeronautics, as well as gradually withdrawing from the financial sector, and has tried to sell its white-goods division since 2008.

"White goods" is a term referring to such big household items such as washing machines, dishwashers and fridges which are traditionally white, but covers many types of electrical equipment for the home and also professional sectors.

It is a sector in which big, long-established brands have suffered from strong competition from emerging markets, notably in asia in the last 20 years.

Strategic logic
"This transaction is consistent with our strategy to be the world's best infrastructure and technology company," GE chairman and CEO Jeff Immelt said in a statement.

"We are creating a new type of industrial company, one with a balanced, competitively positioned portfolio of infrastructure businesses with strong advantages in technology, growth markets, driving customer outcomes and a culture of simplification."

The boards of directors of both companies have approved the transaction. It is now subject to closing conditions and regulatory approvals, and is due to close next year.

When the acquisition becomes effective in 2015, according to both groups' estimates, Electrolux's revenue will jump from $17 billion to $22.5 billion.

The North American market will then become its biggest source of income accounting for 47 percent, whereas today Europe, Africa and the Middle East lead with 31 percent of sales.

Under the deal, GE has a long-term agreement with Electrolux number two in household appliances in the US after American manufacturer Whirlpool to keep using the GE Appliances brand.

Electrolux will also control 48.4 percent of Mexican white-goods maker Mabe, which is well-known in Latin America, where it also distributes GE products.

The agreement means that the Swedish group ramps up its presence in the home market of its biggest rival, US appliance maker Whirlpool.

Investors welcomed Electrolux's ambitious move, with shares rising by 5.97 percent in mid-afternoon trading on the Stockholm Stock Exchange, where the main index was up by 0.08 percent.

"We find the acquisition ... attractive from an industrial point of view and we fully support it," Investor chief executive Boerje Ekholm said in a statement.

"The acquisition will reinforce Electrolux's position in the US market and will permit a continuing investment in innovation and growth."

McLoughlin said: "The strategic fit to me here is quite compelling..."

He said: "They have a very capable distribution network, which incorporates about 110 breakpoints, distribution points around the US. They can distribute a product to consumers within 18 hours of an order."

The Swedish group will fund the operation with bank bridging finance which is expected to be "gradually replaced by capital market and bank financing (approximately 75 percent) and a rights issue (approximately 25 percent)," the statement said.

The rating agencies' verdict will then be crucial. Electrolux is only slightly above "speculative" grade.