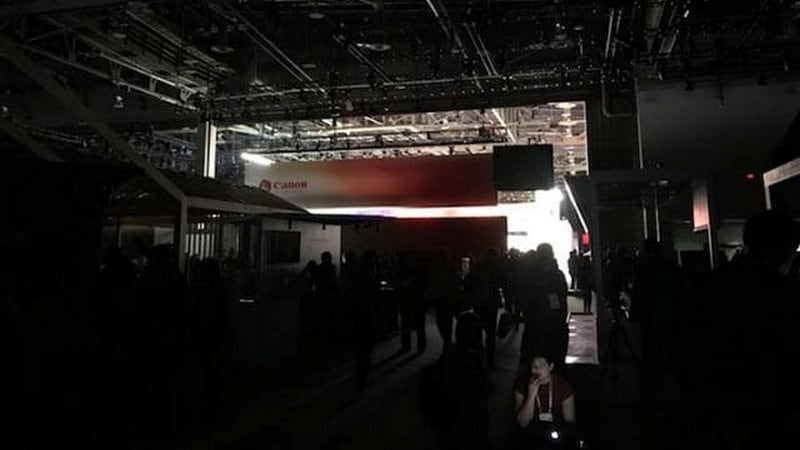 The digital economy's big annual trade show, CES, suffered a brief, disruptive plunge into darkness on Wednesday because of a power outage the show's organisers blamed on a glitch caused by heavy rains the day before in usually sunny Nevada.

The irony of a partial blackout at a trade show dedicated to the latest electronic technology did not escape social or industry media. "Lights out at CES 2018. Does anyone have a battery pack?" wrote Engadget, a technology news site.

CES organisers said power was restored within minutes to the convention centre's South Hall, where many gaming companies had exhibits. Other areas took longer. Power was fully restored at 2:10pm, CES said in a statement.

A preliminary assessment found that moisture from heavy rains on Tuesday had caused a "flashover" in one of the convention centre's transformers, it said.

Power and rain are not the only challenges CES has faced this year. A central theme of this year's show is "Smart Cities," and automakers and other companies have used elaborate virtual reality displays of tree-lined streets with smooth flowing traffic to promote technology and investments aimed at relieving urban congestion.

On Las Vegas' physical streets, traffic crawled on Tuesday as thousands of CES attendees shuttled between hotels and conference venues in heavy rain. Long lines formed at the convention centre for cabs. Ride-hailing companies such as Uber and Lyft could not pick up passengers at the convention centre but operated from parking lots a block or more away.