CES 2014: Samsung and LG showcase their vision of 'smart' homes 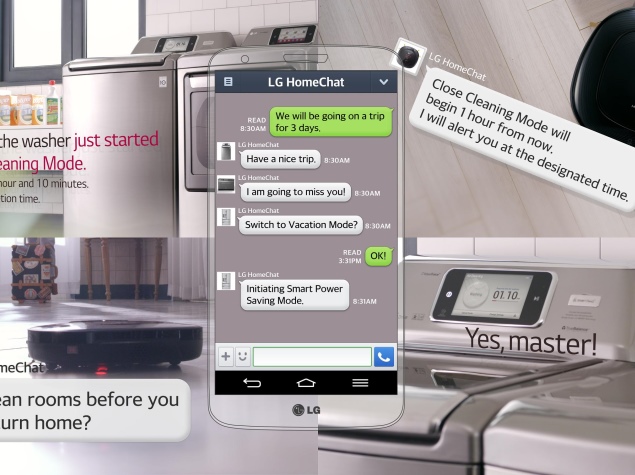 Appliances are becoming part of the family, weighing in with insights while helping with chores from cooking to doing laundry.

Home networks that allowed household items such as lamps, thermostats and locks get "smart" with Internet connections and computing power were among trends gaining steam at the Consumer Electronics Show (CES) that ends here Friday.

"We are texting friends and family throughout the day. Why not do the same thing with your air conditioning system or your vacuum?" LG national product trainer Randy Overton asked at the company's booth on the CES show floor.

"You can have your refrigerator tell you what is in it or your kitchen range text you when a roast is almost done." 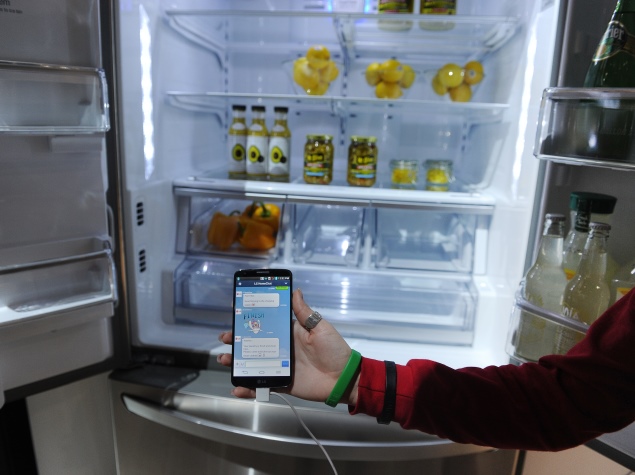 LG unveiled a HomeChat system that lets people fire off text messages to appliances in natural language and then get responses couched in slightly playful attitude.

"It's about keeping in touch, and making it a little more fun too," Overton said. "That is what technology is all about."

LG devices that can synch to the network include a washer, stove, refrigerator and a robotic vacuum.

The refrigerator can text its owner when food is a day or so from spoiling, or respond to queries such as "How much beer is left?"

"HomeChat gives you the experience of talking to appliances around you," said LG chief technology officer Skott Ahn.

The refrigerator has a library of recipes to help figure out ways to prepare what is inside.

Keeping track of food requires entering data into the refrigerator as items are added or removed. 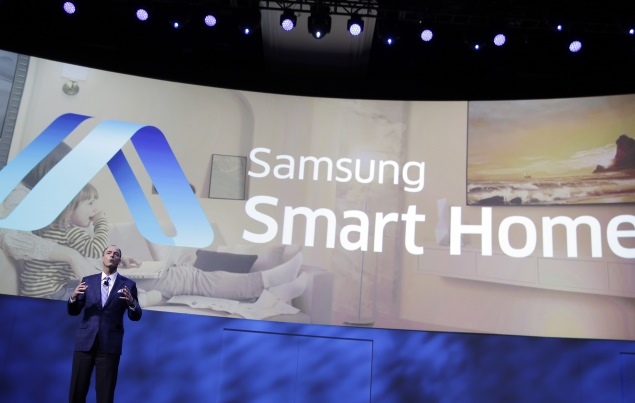 The service is due to roll out across Samsung devices in the first half of this year.

"We are bringing our capabilities as the world's number one manufacturer of smart devices to make the connected home a reality for consumers today," said Samsung media solutions center president Wonpyo Hong.

The system integrates Samsung smartphones, appliances, cameras and even Galaxy Gear smart watches, according to the consumer electronics powerhouse.

Capabilities at launch will include letting people use smartphones or televisions to turn on air conditioning, activate lights and more, according to Samsung.

People will also be able to get real-time views streamed from appliances with built-in cameras.

"The service will gradually expand its coverage by including additional Samsung products as well as other manufacturers' devices and appliances," Samsung said in a release.

LG's Overton expected it to take a few years before there is a universal standard for communicating with appliances, but that is would happen.