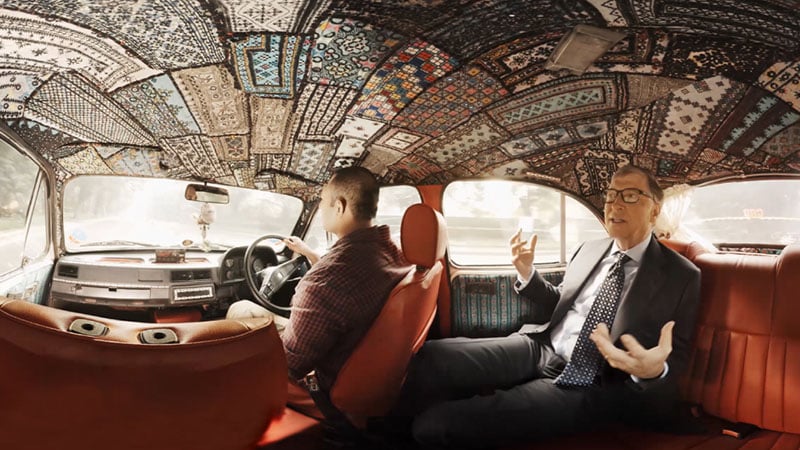 Microsoft co-founder Bill Gates has praised Prime Minister Narendra Modi's Swachh Bharat campaign, which aims to provide better sanitation conditions for millions of Indians, in a post on his blog.

Noting PM Modi's first speech on Independence Day, Gates said what impressed him was not just how a head of state talked about a "sensitive topic" so openly, but that he was willing to back up his emotional appeal with an ambitious plan of action.

Since launching in October 2014, the PM's Clean India imitative has provided access to proper sanitation to 63 percent of the population, up from 42 percent. The number of villages that have been declared free of open defecation has also risen from 8 percent to 30 percent.

"Of the 1.7 million people worldwide who die from unsafe water, sanitation, and hygiene each year, more than 600,000 are in India," Gates added in his blog post. "A quarter of young girls drop out of school because there’s no decent toilet available. When you factor in the deaths, sickness, and lost opportunity, poor sanitation costs India more than $106 billion a year."

The advantages are then obvious - half a million lives can be saved every year, girls can prolong their education, and the Indian economy will massively benefit as a result. Gates, co-chair on the global non-profit Gates Foundation since stepping down as Microsoft's CEO in 2000, works with a number of non-profits in India to help improve lives, and notes that sanitation is one of their biggest focuses.

The Swachh Bharat campaign plans to end open defecation by October 2, 2019, which would incidentally be the 150th anniversary of Mahatma Gandhi’s birth. And during that time, it'll install 75 million toilets across India.

"What I love most about Clean India is that it identified a big problem, got everyone working on it, and is using measurement to show where things need to be done differently," Gates added.

Disney Reveals Release Schedule for Lion King, Frozen 2, All Other Films Through 2020