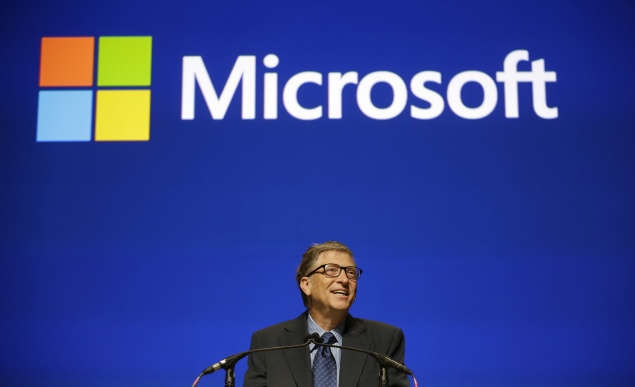 Chairman Bill Gates said on Tuesday he was pleased with Microsoft Corp's progress in finding a new chief executive but outlined the difficulties in picking the next leader of the world's largest software company as it seeks to reinvent itself as a mobile computing power.

Gates is part of the four-man committee that gave itself a year to find a successor to Chief Executive Officer Steve Ballmer after he announced his plan to retire in August. Sources close to the process have said the search is down to a handful of candidates, but the company itself has been largely silent.

"We've been doing a lot of meetings with both internal and external candidates and we're pleased with the progress," said Gates at Microsoft's annual shareholder meeting in Bellevue, Washington. "We're looking at a number of candidates and I'm not going to give a timeline today."

Ballmer said in August he planned to retire within 12 months, and the CEO search committee headed by lead independent director and former IBM executive John Thompson - tasked itself with finding a replacement by the end of that period. Sources close to the company expect an appointment no later than January.

Gates, who in previous years did not address the shareholders' meeting with prepared remarks, went on to describe the challenges of finding the right person to lead Microsoft.

"It's a complex role to fill - a lot of different skills, experience and capabilities that we need," he said. "It's a complex global business the new CEO will have to lead. The person has to have a lot of comfort in leading a highly technical organization and have an ability to work with our top technical talent to seize the opportunities."

Gates paused briefly and choked up with emotion after he thanked Ballmer for his work at the company, saying both he and Ballmer have a commitment "to make sure the next CEO is the right person, for the right time, for the company we both love." Gates and Ballmer are the only two CEOs in Microsoft's 38-year history.

Gates, who co-founded Microsoft with Paul Allen in 1975, then left the stage and sat in the front row of an audience of around 400 people, alongside other members of the board. That was a departure from previous years when he remained onstage and occasionally answered questions.

Microsoft has not shed much light on its CEO search, but sources close to the process have told Reuters the company has narrowed its shortlist of candidates to just a handful, including Ford Motor Co chief Alan Mulally and former Nokia CEO Stephen Elop, as well as former Skype CEO and internal candidate Tony Bates, now responsible for Microsoft's business development.

But the company has come under criticism for missing some of the largest technology shifts in the past few years from Internet search to social networking, and Apple Inc and Google Inc are now at the vanguard of a mobile computing revolution that is eroding its core PC-based business.