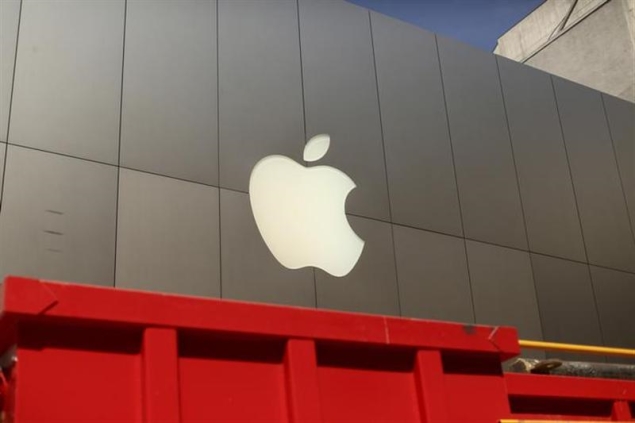 Apple's latest quarterly results are likely to illustrate why investors are clamoring for the maker of the iPhone and the iPad to come out with another trend-setting device.

The report, due out after the stock market closes Tuesday, is expected to show that Apple Inc. is making less money as more customers buy its lower-priced iPhones and iPads instead of the top-of-the-line models. Other consumers increasingly are bypassing Apple products altogether as smartphones and tablet computers running Google's Android software win more fans.

Those dynamics have changed the way that Wall Street - and even parts of Main Street - view Apple. Once regarded as an indomitable innovator, Apple now looks vulnerable and perhaps a step behind Google Inc. and the leading Android disciple, Samsung Electronics Co.

If analysts' projections pan out, Apple's earnings fell during the three months that ended in June, marking the second consecutive quarter of decline. The slump follows a decade-long streak of earnings growth that ended at the start of the year. Analysts surveyed by FactSet are expecting, on average, earnings of $7.34 per share, down from $9.32 per share a year ago.

Meanwhile, analysts are forecasting little or no revenue growth for the first time since the debut of the iPhone six years ago. Analysts are expecting $35 billion in revenue for the period, its fiscal third quarter. It was $35 billion at the same time last year.

Those would be impressive numbers for most companies, but the bar has been set high for Apple since the introduction of its iPhone triggered an upheaval that has changed the way people engage with technology. Smartphones and tablets are emerging as the preferred way to connect to the Internet and perform many other common computing tasks. In the process, those mobile devices are supplanting laptop and desktop computers.

Ignited by its early lead in smartphones and tablets, Apple's financial performance launched into a scintillating trajectory that catapulted its stock into Wall Street's stratosphere, too. The company's shares rose nearly six-fold from the debut of the first iPhone in 2007 to the release of the latest model last September to establish Apple as the world's most valuable company.

Since peaking 10 months ago at $705.07, Apple's stock has plummeted by about 40 percent to about $425 to wipe out roughly $260 billion in shareholder wealth. It is now behind Exxon Mobil Corp. in market capitalization - at $400 billion, compared with $422 billion for the energy company. Not even a recent 15 percent increase in Apple's quarterly dividend has done much for the stock.

Despite the downturn in the company's fortunes, Apple's products still have legions of admirers. Sales of iPhones for the just-ended quarter are expected to total about 26 million, around the same number as the same time last year. But a growing number of consumers have been content to buy the older iPhone 4 and iPhone 4S models, which are less expensive and less profitable for Apple than the iPhone 5 released last September.

Stifel Nicolaus analysts Aaron Rakers and Sanji Wadhawini estimate that Apple sold about 21 million iPads in the recent quarter, which would be a 24 percent increase from 17 million iPads a year earlier. But the analysts believe most of those sales were likely for the iPad Mini, whose price starts at $329, or $170 less than the cheapest model of the latest full-sized iPad. As a result, Rakers and Wadhawini estimate iPads sold for an average $414 in the past quarter, down from $449.

The past quarter typically is a slower sales season for Apple because gadget lovers have been trained to wait for the new version of the iPhone that the company releases in the fall. Analysts and bloggers are expecting the next version to be called the iPhone 5S, a name selection that denotes the device will probably include relatively minor changes from the previous model. The next-generation iPad will probably come out before the holiday shopping season, too. By contrast, makers of Android products release new models throughout the year.

What investors really want to see from Apple is proof that the Cupertino, California, company can still break new ground nearly two years after its visionary founder, Steve Jobs, died after a long battle with cancer. Since then, Apple has mostly released variations of the same themes orchestrated by Jobs.

CEO Tim Cook, Jobs' hand-picked successor, has been dropping hints about the company getting ready to blaze new trails in technology, but he hasn't provided any specifics about what the next breakthrough might be or when it might come out. There have been unconfirmed reports that Apple will introduce a smartwatch to make a splash in the still-nascent field of wearable computers.

Before he died, Jobs told his biographer Walter Isaacson that he had figured out a way to revolutionize TV, raising hopes that Apple was ready to change the way people interact with the biggest screen in their homes. But the Apple TV device that is currently on the market is mostly an Internet streaming device and is far from a game-changer.

So far, all that has changed is the stock market's perception of Apple.