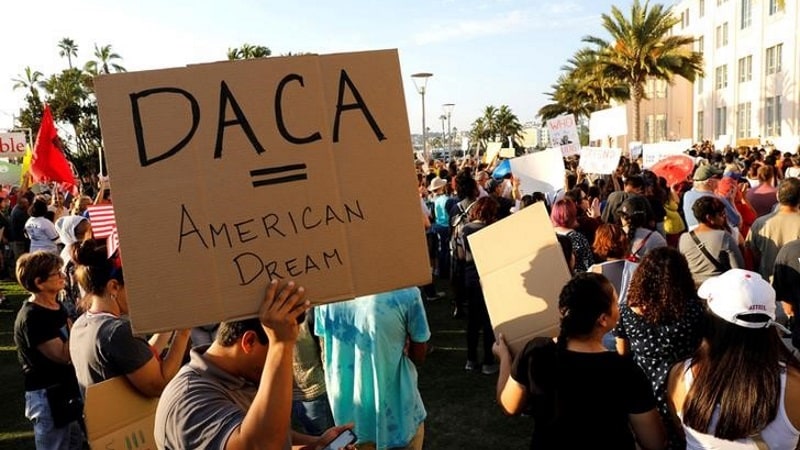 Apple Inc, General Motors Co, Best Buy Co Inc and others have joined a coalition of top companies lobbying the US Congress for young, illegal immigrants to have a path to permanent residency, the group said on Thursday.

The Coalition for the American Dream counts more than 60 businesses and organisations as members, according to a Thursday press release announcing the group's launch. Reuters was first to report that the coalition was being formed, including top tech companies Amazon.com Inc, Microsoft Corp, and Facebook Inc.

The push for this legislation comes after President Donald Trump's September decision to allow the Deferred Action for Childhood Arrivals (DACA) program to expire in March. That program, established by former President Barack Obama in 2012, allows illegal immigrants known as "Dreamers" to obtain work permits.

Trump campaigned for president on a pledge to toughen immigration policies and build a wall along the US border with Mexico. He has left the fate of DACA up to Congress.

"Roughly 800,000 Dreamers who are working, going to school, and serving in our nation's military will lose their ability to work and study legally, will be forced from their jobs, and will be subject to immediate deportation from the country they grew up in," the coalition said in an ad on Politico on Thursday.

The coalition is pushing for Congress to pass bipartisan legislation this year. A number of its members employ Dreamers.