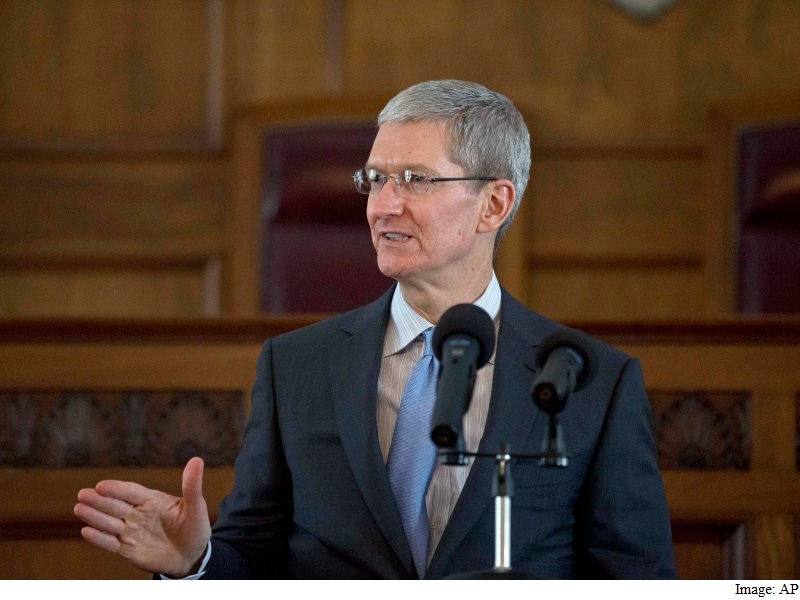 Apple's Chief Executive Tim Cook described an EU ruling that it must pay a huge tax bill to Ireland as "total political crap", but France joined Germany on Thursday in backing Brussels as transatlantic tensions grow.

European Competition Commissioner Margrethe Vestager dismissed Cook's broadside, saying the demand for a EUR 13 billion ($14.5 billion) back tax payment was based on the facts.

Washington has lined up with the tech giant, accusing the European Union of trying to grab tax revenue that should go to the US government.

But in Ireland itself, the government and public opinion are divided over whether to take the windfall - which would fund the country's health system for a year - or reject it in the hope of maintaining a low tax regime that has attracted many multinationals, creating jobs.

A group of independent lawmakers, whose support is crucial to the minority coalition's survival, called for a review of how tax is collected from multinationals. Their reluctance to back a call for an appeal by the country's finance minister has cast doubt on whether Ireland will challenge Vestager's decision.

Apple has said it will appeal the ruling which Cook attacked in an interview with the Irish Independent. "No one did anything wrong here and we need to stand together. Ireland is being picked on and this is unacceptable," the newspaper quoted him saying. "It's total political crap."

Vestager has questioned how anyone might think an arrangement that allowed the iPhone maker to pay a tax rate of 0.005 percent, as Apple's main Irish unit did in 2014, was fair.

She said on Thursday that the calculations were based on data provided by Apple itself and evidence presented during hearings on Apple tax issues in the United States. "This is a decision based on the facts of the case," she told a news conference.

The battle lines are forming on both sides of the Atlantic. In Paris, French Finance Minister Michel Sapin backed Vestager's view that Apple's Irish tax arrangements amounted to abnormal state aid. "The European Commission is doing its job," he told a news conference. "It's normal to make Apple pay normal taxes."

German Economy Minister Sigmar Gabriel also supported the Commission on Tuesday. Austria also welcomed the ruling but Britain - which voted in June to leave the EU - has stayed out of the row, saying it is an issue for the Irish government, Apple and the Commission.

"Doing the wrong thing"
Irish Finance Minister Michael Noonan has insisted Dublin would appeal any adverse ruling ever since the EU investigation began in 2014.

However, the cabinet failed to agree on Wednesday whether to accept his recommendation due to misgivings among the five-strong Independent Alliance group of lawmakers.

"I don't think Apple have paid sufficient tax. I don't think they've been illegal in what they've done, it's the tax system as it's set up," said Alliance member John Halligan, a junior minister who does not sit at cabinet.

"The Independent Alliance have asked that we review our intake of tax, how we take tax in from multinationals and (assess) are we collecting fair tax," he told RTE radio.

After five hours of discussion, the cabinet adjourned discussion of an appeal until Friday when the government said a decision would be made. Any failure of the Alliance to come on board would cast doubt on the government's survival prospects.

On the streets of Dublin, some argued Ireland had to keep drawing foreign investors with low tax rates to provide jobs.

But others said the government should drop the idea of appealing the decision and take the money.

"They are doing the wrong thing. They don't care about the normal people," said Louise O'Reilly, 57, a full-time carer for her diabetic and partially blind mother. "The money should be spent on the old-age pensioners who worked all their lives and are struggling to survive."

By contrast, Cook estimated Apple's average annual tax on its global profits at 26 percent. "They just picked a number from I don't know where," he said. But in another interview he promised to boost tax payments by repatriating billions of dollars in global profits to the United States next year.

Apple would fight with Ireland to overturn the ruling - by far the largest anti-competition measure imposed on a company by the EU - which he said had "no basis in law or in fact".

"Doing the right thing"
Cook played down the possibility of the government failing to appeal the decision.

"The future investment for business really depends on a level of certainty," he told RTE radio. "I'm pretty confident that the government will do the right thing."

In Washington, US Treasury Secretary Jack Lew criticised the ruling. "I have been concerned that it reflected an attempt to reach into the US tax base to tax income that ought to be taxed in the United States," he said on Wednesday.

Apple was found to be holding over $181 billion in accumulated profits offshore, more than any US company, in a study published last year by two left-leaning nonprofit groups, a policy critics say is designed to avoid paying US taxes.

But Cook said part of the company's 2014 tax bill would be paid next year when the company repatriates offshore profits to the United States.

YouTubers Are Accusing the Site of Rampant 'Censorship'