Apple appeals for an overhaul of corporate taxes in US 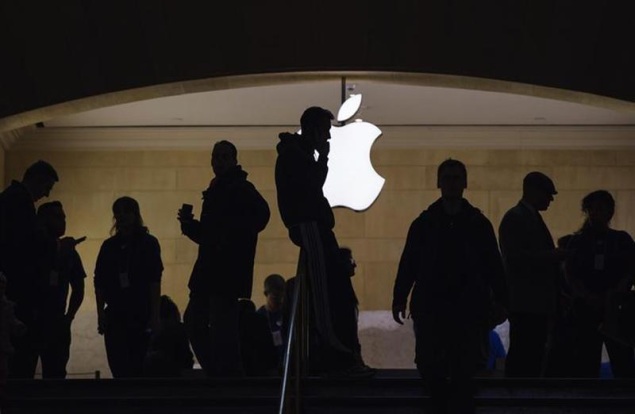 For years, Apple Inc kept a low profile in Washington as it grew into one of the most valuable companies in the world. Now the iPad maker has taken the lead, perhaps inadvertently, on a top priority for U.S. business: simplifying America's tax code.

Chief Executive Tim Cook, who was called before the Senate Permanent Subcommittee on Investigations on Tuesday to answer questions about Apple's alleged tax avoidance, used his appearance to plead for an overhaul of corporate taxes. That marked a sharp turnabout for a company that until now has been content to let rivals like Google and Microsoft fight Washington policy battles.

And even though the scrutiny Apple has come under in Washington could further challenge the company as it copes with a sagging stock price, rising competition and questions about its labor practices, it may have little choice but to commit fully to the fight over the corporate tax code.

"They are very, very tactical," said a former Apple lobbyist who asked for anonymity because he was not authorized to speak for the company. "They only join issues they really care about."

Recently, Apple has backed unsuccessful legislation that would have allowed international companies to bring overseas profits back home without paying the 35 percent corporate income tax.

Repatriation of profits has been a top concern for U.S. companies, which collectively have more than $1.5 trillion sitting offshore. Most say they keep the money there to avoid the taxes they would face by bringing it home.

Bowing to increasing shareholder pressure to distribute some of the $100 billion it keeps overseas, Apple has opted to borrow money at low interest rates rather than bring the cash home and take the tax hit.

Apple has spent far less than other corporate titans on Washington lobbying over the past decade, records show, and the company has often declined to work with other technology companies on issues affecting the industry as a whole. It dropped out of the U.S. Chamber of Commerce in 2009 after it disagreed with the business lobby's stance on climate change.

The company spent about $2 million on lobbying last year, up from $180,000 in 1999, records show. This year it is on pace to nearly double last year's figure.

Apple's lobbying expenditures still pale in comparison with those of Microsoft Corp., which spent $8.1 million in 2012, and Google, which spent $16.5 million, records show.

And unlike other businesses such as AT&T and Exxon Mobil, Apple has not set up a political action fund to distribute employee contributions to congressional allies - a common tool for wielding influence in Washington.

"Clearly, Apple does not have a huge footprint for the tech sector. I don't mean to denigrate almost $2 million (spent on)lobbying - that's a lot of money - but it's not as much as other tech companies have been spending," said Bill Allison, editorial director for the Sunlight Foundation, a non-profit that deals with money in politics.

Lobbyists not associated with the firm privately said Apple's minimal Washington presence could have put it in the crosshairs of the Senate subcommittee, which on Monday accused the company of ducking $9 billion in U.S. taxes through offshore subsidiaries. The lobbyists pointed to the example of Microsoft, which had little presence in Washington before antitrust investigators at the Department of Justice nearly succeeded in splitting the company up in the 1990s.

Though Apple, like many other Silicon Valley companies, served as an important source of campaign money for Democratic candidates in the 2012 election, it has enlisted experienced Republicans to make its case in Washington.

The company also has hired outside firms to extend its reach in Congress and throughout government. Lobbyists at Fierce, Isakowitz & Blalock and Capitol Tax Partners have worked for the Bush administration and top Republicans like Senate Minority Leader Mitch McConnell.

The Glover Park Group and the Franklin Square Group have provided lobbyists from the Democratic side of the aisle who lobby on tax, broadband, electronic waste and spectrum issues.

The company has also enlisted Jon Bernstein, a former Democratic staffer at the Federal Communications Commission, to lobby that agency and the White House on subsidies for broadband access and technology-related legislation.

None of the lobbyists immediately responded to requests for comment.

The company does have one ace in its pocket: its sleek gadgets. Even lawmakers who grilled Cook on Apple's tax practices said they were avid iPhone and iPad users.