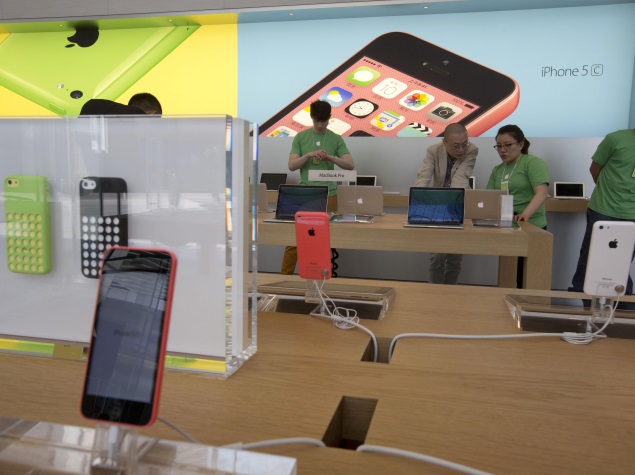 Apple Inc has worked with supplier Quanta over the past year to improve working conditions after a 2013 audit, published on Friday, uncovered a profusion of violations, including excessive overtime and health hazards.

The report provides a snapshot of working conditions at two Chinese factories in August of 2013. Independent labour monitoring organization OpenView Service conducted the assessment of the two facilities in Shanghai and Changshu, with accreditation from the Fair Labor Association, an organization of mostly corporate members, including Apple and Nike Inc .

"Excessive overtime is not in anyone's best interest, and we will continue to work closely with Quanta and our other suppliers to prevent it," Apple said in a statement issued in response to the report. "This year, through the end of July, Quanta has averaged 86 percent compliance with our 60-hour workweek."

Apple and its main assembler, Foxxconn, came under fire in 2010 when reports surfaced of worker suicides and unfair labour conditions. In 2012, Apple became the first technology company to join the Fair Labor Association and began speaking more openly about its efforts to improve suppliers' practices.

Working conditions
OpenView's assessors, who spent four and five days at each of the factories last year, listed a number of instances of non-compliance with the FLA's code of conduct.

The report found that both factories fell short of local requirements for indoor air quality testing, and that 80 percent of workers interviewed in Shanghai claimed to have been charged a hiring fee by a broker or agent. Moreover, workers were not paid due wages for sick leave, and during the busiest periods of the year, facilities regularly exceeded legal limits on working hours.

In addition, over 100 Changshu workers age 16 and 17 said they had worked overtime. But those young workers were transferred from Apple's production lines by the end of July 2013, the report said.

Apple stressed that it routinely conducts its own audits and has taken steps to fix myriad problems in close collaboration with its suppliers.

In the past year, it said, "we have worked closely with Quanta to drive meaningful improvements in areas identified by both the FLA and Apple."

The iPhone maker also said it conducted four follow-up inspections, as well as the annual audits of both facilities.