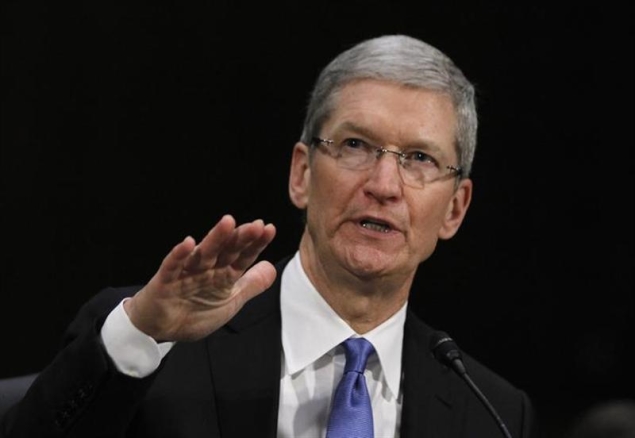 Apple CEO Tim Cook addressed shareholders at the company's annual meeting on Friday where, while discussing a variety of topics, he 'teased' future Apple products and took pot shots at Google and other competitors. However, things got a little heated up during the Q&A session.

The National Center for Public Policy Research (NCPPR), a self-confessed right wing think tank that advocates free market and believes human activities have no impact on climate change, attended the meeting as an Apple shareholder. The group first questioned Cook's stance that Apple's sustainability programs and goals - like having 100 percent of its power come from green sources - was good for company's bottom line. The representative reportedly asked Cook if that was the case only because of government subsidies on green energy.

Further, the group wanted Cook to commit right then and there to doing only those things that were profitable for the company, alluding that Apple's quest to be environmentally responsible, and other similar efforts were a waste of company's money.

Tim Cook responded furiously, rejecting the premise behind group's thinking, saying there are some things that Apple does because they are right, and that a return on investment (ROI) was not the most important consideration on such issues.

"When we work on making our devices accessible by the blind, I don't consider the bloody ROI," Cook said.

He went on to say the same thing about environmental issues, worker safety, and other areas where Apple believes it is setting a benchmark for the rest of the industry. Bryan Chaffin of The Mac Observer, who was present at the meeting, notes:

As evidenced by the use of "bloody" in his response - the closest thing to public profanity I've ever seen from Mr. Cook - it was clear that he was quite angry. His body language changed, his face contracted, and he spoke in rapid fire sentences compared to the usual metered and controlled way he speaks.

Tim Cook then reportedly looked directly at the NCPPR representative and said, "If you want me to do things only for ROI reasons, you should get out of this stock."

Meanwhile, the group has posted its version of the events on its website in a note titled, Tim Cook to Apple Investors: Drop Dead.