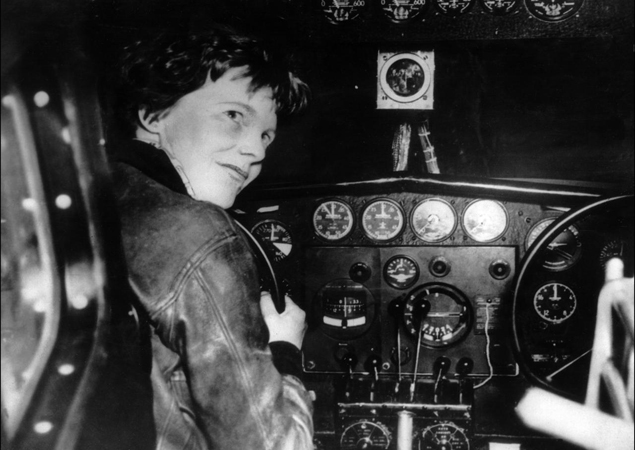 Amelia Earhart and her passion for flying is being celebrated in today's Google Doodle. Her love for planes started at an early age itself. Amelia was about 10 years old when she spotted the first airplane Iowa State Fair but it was only when she was 23 that she thought of flying a plane herself.

Her father had taken her to an airfield where Frank Hawks gave her a 10 minute air-ride, which intrigued her enough to learn to fly. She worked on various jobs, such as being photographer, truck driver, and stenographer to be able to collect $1,000 for enrolling herself for flying lessons.
Amelia took her first flying lesson on January 3, 1921, from Anita 'Neta' Snook, who is a pioneer female aviator and used a surplus Curtiss JN-4 'Canuck' for training.

In June 1928 she became the first woman to fly across the Atlantic but she was only a passenger in this trip. Amelia felt a little embarrassed being the centre of attention for this trip rather than the pilots of the trip Wilmer Stultz and Louis Gordon.

Amelia's last journey was in June 1937 when she and her navigator Fred Noonan departed from Miami, Florida bound for California by traveling around the world. They were trying to make a circumnavigational flight of the globe but they went missing in July 1937 en route to Howland Island. She was declared legally dead on January 5, 1939.

75 years after her disappearance, researchers embarked on $2 million expedition to look for wreckage of her plane near a remote island where it is believed she died as a castaway.
Comments