A robot that walks on water! 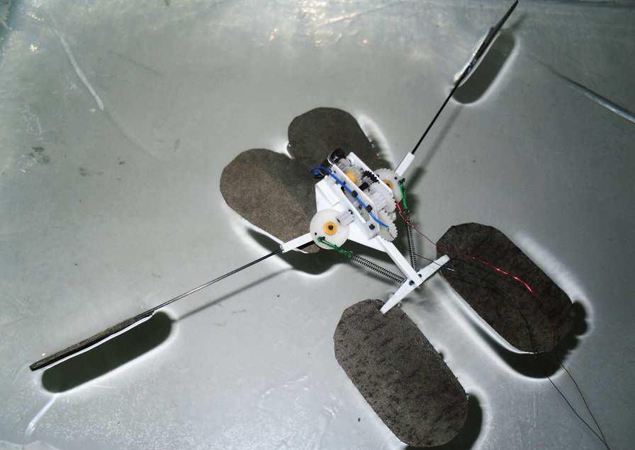 The first bio-inspired microbot is capable of not just walking on water but jumping up and down on the water's surface like the insect, a study shows.

Qinmin Pan and colleagues from Harbin Institute of Technology and the National Natural Science Foundation of China, reported a number of advances toward tiny robots that can walk on water.

However, even the most advanced designs, including one from Pan's team last year - can only walk on water. Pan noted that real water striders actually leap, the journal Applied Materials & Interfaces reported.

Pan's group looked for novel mechanisms and materials to build a true water-striding robot, according to a Harbin Institute statement.

Making a jumping robot is difficult because the downward force needed to propel it into the air usually pushes the legs through the water's surface.

Using porous, super water-repellant nickel foam to fabricate the three supporting and two jumping legs, the group made a robot that could leap more than 5.5 inches, despite weighing as much as 1,100 water striders.

In experiments, the robot could jump nearly 14 inches forward -- more than twice its own length -- leaving the water at about 3.6 miles per hour.

The study authors report that the ability to leap will make the bio-inspired microrobot more agile and better able to avoid obstacles it encounters on the water's surface.