Donald Trump Wins 2016 US Election: Why Big Data Is Amongst the Biggest Losers in US Elections 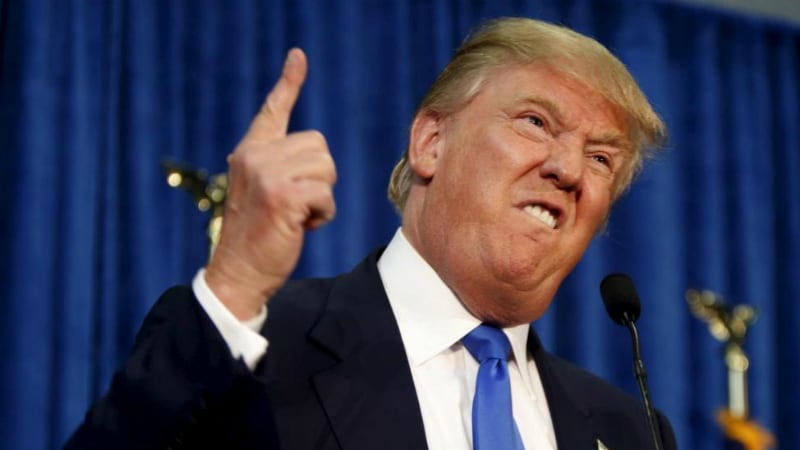 For an American public that relies on data for everything from where to find the best taco to the likely victor in a baseball game, Election Day offered a jarring wake-up: The data was wrong.

Donald Trump's  stunning electoral win came despite prognosticators' overwhelming insistence he would lose. And it has forced many to question not just political polling, but other facets of life that are being informed and directed by data.

"If 'big data' is not that useful for predicting an election then how much should we be relying on it for predicting civil uprisings in countries where we have an interest or predicting future terror attacks?" asked Patrick Tucker, the author of "The Naked Future: What Happens in a World That Anticipates Your Every Move?" His book examines predictive analytics that aim to pinpoint answers to questions as varied as when a person will get married to how many kindergartners in a given class will end up with a cold.

Technology has filled people's lives with crowdsourced, data-driven or otherwise instructive metrics and left many convinced of their validity. We look to Yelp rankings to find a good meal and TripAdvisor to gauge a city's finest hotel. Netflix tells us which shows are best to watch and Zillow tells us the worth of the home we might buy. Amazon, Google, Facebook — all are ubiquitous presences in everyday life with data at their core.

So many took the predictions of polling aggregators as gospel — and their forecasts of Hillary Clinton's chances of winning the presidency went as high as 99 percent.

Tammy Palazzo, a 49-year-old corporate trainer in Maplewood, New Jersey, was among them. She's a political junkie who all day long refreshed FiveThirtyEight, the site from the heralded election-predictor Nate Silver. She purposely sought to look beyond her biases, living in a neighborhood dotted with signs for Clinton, a candidate she admired, and took in a variety of news sources. Then came Tuesday night.

"This is not going the way it's supposed to go," she thought, watching returns come in but not in Clinton's favour. "There was just so much reinforcement from the media that this was pretty locked down."

Allan Lichtman, a history professor at American University, was among the few who defied the confluence of polls and projected Trump's win. His model, developed in 1981, uses history as a guide to who will win the presidency through 13 true-or-false questions looking at economic indicators, military failure and success, social unrest and third-party candidacies. He's been consistently right.
"Polls are not predictions. They are snapshots and they are abused and misused as though they are predictions," he said.

Claudia Deane, a vice president at Pew Research Center, said many traditional methodologies in opinion polling are under attack as survey experts try to adapt to changing technology and communication methods. She says researchers are trying to find ways to accurately tap into social media or other indicators of public opinion that could enhance phone and internet surveys, but scientific methods are still being developed.

"The surveys are trying to predict the popular vote, and we're doing that in a country where we have a 50-50 electorate," she said. "Polling is not built for that kind of precision. It's not an excuse, it's just a mathematical fact."

"Big data" has been a buzzword for the last decade in Silicon Valley. Investors and tech companies, from little-known startups to corporate giants, have poured billions of dollars into software and computer systems that promise to pore through mountains of information and glean useful insights into business trends or consumer behavior. David Dill, a computer science professor at Stanford University, said it has opened the door to do things that weren't possible before. It enabled the collection of vast stockpiles of information all while advances in computing hardware and online networking have made it possible to run more sophisticated analytical programs and crunch bigger sets of data more quickly.

Even so, there's plenty of hype and unreasonable expectations for what analytics can do.

"Even if you have a lot of data and you go after it with the most sophisticated, amazing techniques, it may not tell you anything or it may mislead, because the data doesn't have the information you need," Dill said.

(Also see: Donald Trump's Impact on Indian IT May Not Be as Bad as Expected, Say Experts)

Khalid Khan, who heads analytics at the management consulting firm A.T. Kearney, said people are being influenced by data points without fully understanding what those numbers represent. He encourages companies weighing the direction of data to also consider — and discuss — "the softer side of things."

Speaking of data alone, he said: "If you take it at face value, you're going to get burnt. Without those conversations, you're only doing half of what you need to do when it comes to decision making."
Technology expert Sarah Granger has also seen that overreliance on data and technology, such as people who use mapping software only to end up on a dead-end street. Snafus like that, or presidential polling errors, she said, offer a reminder: "Big data's a great thing. There's so much we gain from it. But it's still in its infancy."

Rs. 500, 1000 Ban: Ola, BookMyShow, Grofers, and Other Beneficiaries of PM Narendra Modi's Big Move
We Might Soon Have Emojis for Zombie, Hijab, Breast-Feeding, and More