Who is Rajeev Suri? 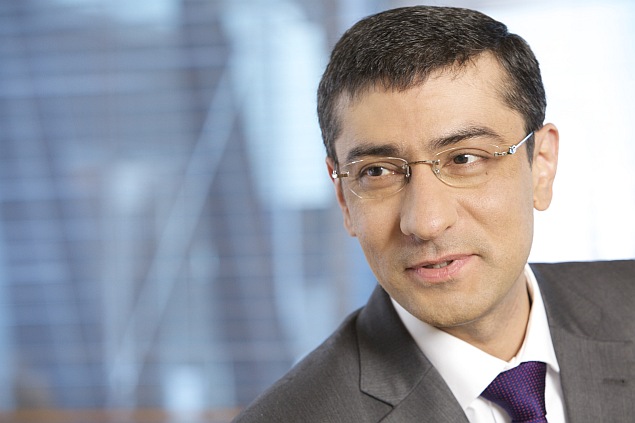 After Microsoft announced the acquisition of Nokia's Devices & Services business and Stephen Elop stepped down to return to his former employers, there was some speculation about who would be the new CEO of Nokia. India-born 46-year-old Rajeev Suri has won the race, as he was named the CEO of Nokia on Tuesday.

"I am honored to have been asked to take this role, and excited about the possibilities that lie in our future," said Rajeev Suri. "Nokia, with its deep experience in connecting people and its three strong businesses, is well-positioned to tap new opportunities during this time of technological change. I look forward to working with the entire Nokia team as we embark on this exciting journey."

Suri has been working with Nokia since 1995, and previously headed the Nokia Solutions and Networks division (previously known as Nokia Siemens Networks), since October 1, 2009. Suri - who brought the division (which contributed about half the company's revenues before the Microsoft deal) to profitability through drastic restructuring, is a rare corporate executive who does not have an MBA degree. He lives in Helsinki, Finland, with his wife Nina who is an entrepreneur, and his two sons Ankit and Anish both study abroad.

Who is Rajeev Suri?
Born in 1967 in India, Suri was raised in Kuwait for much of his life. After finishing his schooling, Suri went to the Manipal Institute of Technology, as part of the 1989 batch. Microsoft CEO Satya Nadella is also an alumnus of MIT, and according to a report in The Hindu, the Pro Chancellor of Manipal University wants to honour both men with doctorates.

After completing his Bachelors in Engineering in Electronics and Telecom, Suri would move between the Churchgate Group in Nigeria, the RPG Group, and ICL (India). He served as Production Engineer at Calcom Electronics right after college, but after that joined the RPG in a management role, working in corporate business development for new ventures and strategic planning. At ICL too, his role was involved with strategic planning.

In 1995, Suri joined the Nokia group, where he has been working ever since. In this time, he held multiple roles, including heading a services hub in India, heading Asia Pacific operations from April 2007 till November 2007, and working in roles across business development, marketing, sales and strategy, from India, Finland, the United Kingdom and Singapore.

Ready for the top job?
A quick read through Suri's experience shows a man who has worked in a number of diverse scenarios, and been deeply involved in strategic planning. Probably the reason he's been named as the CEO though is the work that he has done with the NSN, which is seen as one of the biggest turnarounds in the technology industry.

Suri took over as the head of NSN in October 2009, and two years later, announced that the company was going to eliminate 17,000 jobs, to refocus on mobile broadband equipment. Laying off 23 percent of the workforce was a drastic move, but one that paid off.

With NSN forming the bulk of Nokia that we know today, who better than the man who turned NSN around to head the company?

(Also see: Nokia's phone business to be renamed Microsoft Mobile, but the 'brand' will live on)