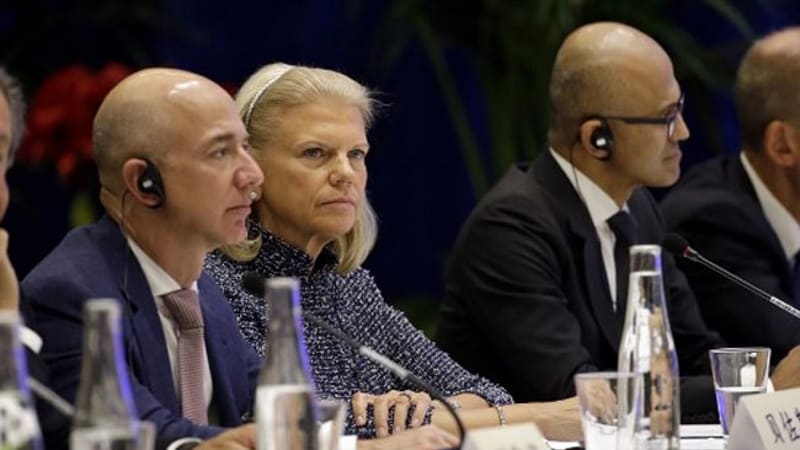 When the tech industry's top executives head to Trump Tower this week for an invite-only meeting, they will have many things to say to Donald Trump. But they all share a single major agenda: Breaking the ice.

Unlike President Barack Obama, who frequently visited Silicon Valley and hosted tech executives at the White House, the president-elect has had a bitter relationship with the industry. On the campaign trail, Trump chastised Apple for outsourcing the manufacturing of iPhone components in China and threatened to push federal intelligence agencies to weaken security software to fight terrorism. He vowed to curb immigration, a charged issue for an industry that recruits and sponsors thousands of immigrant engineers.

(Also see:  Trump Tech Summit: What Is It, Who Is Invited, and More Questions Answered)

Tech leaders weren't shy about their views either: Eric Schmidt, the executive chairman of Google's parent company, volunteered for the Clinton campaign. Tesla chief executive Elon Musk said Trump didn't "seem to have the sort of character that reflects well on the United States." Dozens of executives signed an open letter opposing his candidacy.

But on Wednesday afternoon, at a meeting organised by Facebook board member and Trump transition team member Peter Thiel, along with Trump's son-in-law Jared Kushner and his chief of staff Reince Priebus, the leaders of Apple, Facebook, Google, Amazon, Microsoft, and other technology giants will try to put the past behind them.

Catz, a Republican who met with the transition team last month, is the only member of the group known to have had a previous relationship with Trump.

Technology executives see the meeting as somewhat of an olive branch, according to the people familiar with their thinking, who spoke on condition of anonymity to talk freely about a private event. While Trump has held numerous one-on-one meetings during his transition, this is the first roundtable with executives from a single industry, they pointed out.

It's unclear how far the olive branch will extend. For Bezos and Trump in particular, the disputes have felt more personal at times. Trump has said Bezos and Amazon of "getting away with murder, tax-wise." Noting that Bezos owns The Washington Post, Trump has accused him of directing the Washington Post's coverage of his campaign to help Amazon avoid taxes. A spokesman for Amazon declined to comment on Bezos' presence at the meeting.

Because the CEOs see Trump as a wild card, they're turning to their staffs to prepare for a range of issues that he could raise. Their staffs, in turn, are actively trading notes with one another.

Reforming the tax code is high on the agenda, and Apple CEO Tim Cook and other executives are expected to push on this topic, according to the people familiar with the matter. Technology giants keep billions of dollars overseas through elaborate elaborate legal strategies that critics call tax avoidance. The companies have long argued that corporate taxes in the US are too high and that they will repatriate the money when the rates are lowered.

Trump and Silicon Valley are largely aligned on this subject. Trump has consistently said he plans to lower the corporate tax rate from 35 to 15 percent. Indeed, many in Silicon Valley who personally detest Trump have acknowledged that his anti-regulatory policies will make it easier for startups to launch products in new areas.

Trade is the most heated topic the technology leaders plan to bring up. Many Silicon Valley companies are concerned with how imports of widgets and other technology hardware components from China and other countries will be taxed in a Trump administration. Trump's populist vows to tear up trade deals, impose punitive tariffs on Chinese goods, and end an era of free trade have rattled the industry, along with other manufacturers that are dependent on cheap imports to manufacture their products. China is the United States' largest trading partner.

"I plan to tell the President-elect that we are with him and are here to help in any way we can," said Safra Catz, Oracle CEO, in an emailed statement. "If he can reform the tax code, reduce regulation, and negotiate better trade deals, the US technology community will be stronger and more competitive than ever."

While free trade is by far the biggest fissure between the president elect and the business community, many companies were relieved to see Trump appoint Iowa Gov. Terry Branstad as the next US ambassador to China last week. Branstad is known as a longstanding friend of Beijing who is unlikely to be combative.

Ideologically, Trump's supporters have little in common with a gilded region where 100,000-dollar Tesla sedans dot the freeways and the average software engineer earns six-figures and aspires to teach computers to take over human labor. But the tech executives are expected to make the case that their industry improves American lives and contributes to the economy by boosting productivity and making desirable consumer products.

Musk, for one, is expected to point out that the manufacturing all Tesla vehicles and SpaceX rockets is done in the United States, according to a person familiar with his thinking.