Who is Satya Nadella? 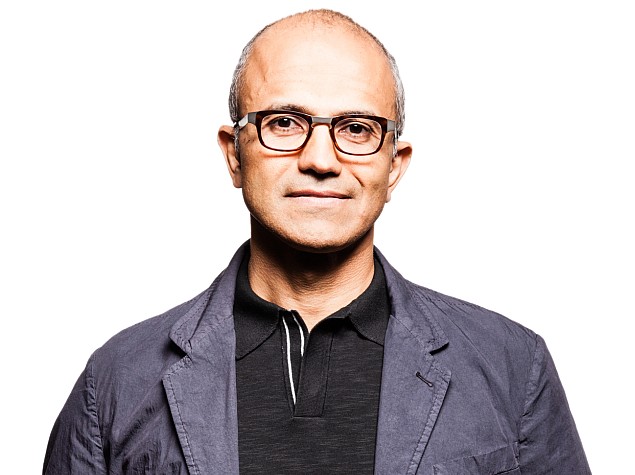 Since Steve Ballmer announced his retirement from Microsoft in August last year, everyone has been speculating who will be the new Chief Executive Officer.

Microsoft at the same time had announced its intentions to transform itself into a devices and services company, and said it was looking for a CEO candidate that will be there for the "long term" to guide the company.

Satya Nadella, a relatively less famous figure having spent the majority of his career (22 years) at Microsoft has been named as the front-runner to be the new Microsoft CEO.

Who is Satya Nadella?
Born in 1969 in Hyderabad, India, Satya Nadella finished his schooling at the Hyderabad Public School, and earned his Bachelor of Engineering degree in Electronics and Communication from the Manipal Institute of Technology. He, like so many of the engineers at the time, then completed his engineering education abroad, with a Master of Science degree in Computer Science from the University of Wisconsin-Milwaukee. Finally, he rounded off his education with a Master of Business Administration degree from the University of Chicago.

Nadella is also considered to have played a significant part in Microsoft's foray into advanced technologies like digital rights management (DRM) and interactive television (ITV).

As the head of the company's Server and Tools Business, Nadella spearheaded the 'transformation of the business and technology from client-server software to cloud infrastructure and services,' according to Microsoft.

Perfect for the top-spot at Redmond?
Currently, Nadella is Executive Vice President of Microsoft's Cloud and Enterprise group, and in Microsoft's words, is responsible for building and running the company's computing platforms, developer tools and cloud services.

With his experience, Nadella seems to fit the envisioned role for the new CEO of Microsoft perfectly, a company that is hoping to metamorphose from a software giant into a devices and services company, a move heralded by the acquisition of Nokia's mobile division, first announced in June 2012, and development of the Surface tablet range. John Thompson, who is chairing the search committee, had described the role at Ballmer's retirement announcement:

"The board is committed to the effective transformation of Microsoft to a successful devices and services company. As this work continues, we are focused on selecting a new CEO to work with the company's senior leadership team to chart the company's course and execute on it in a highly competitive industry."

Bill Gates had also outlined the requirements for the CEO role at Microsoft, saying:

"It's a complex role to fill - a lot of different skills, experience and capabilities that we need. It's a complex global business the new CEO will have to lead. The person has to have a lot of comfort in leading a highly technical organization and have an ability to work with our top technical talent to seize the opportunities."

Apart from the evidently relevant experience in the services field, Nadella as an internal candidate may arguably be preferred over external candidates like Ford's Mulally, who will take time to learn the ropes at Microsoft.
Affiliate links may be automatically generated - see our ethics statement for details.
Comments