Recruitment and Reform -- Tackling Racism in US Tech Sector

The harsh spotlight has turned onto big business, especially the pioneering tech industry, where staff diversity is often lacking despite past pledges of action. 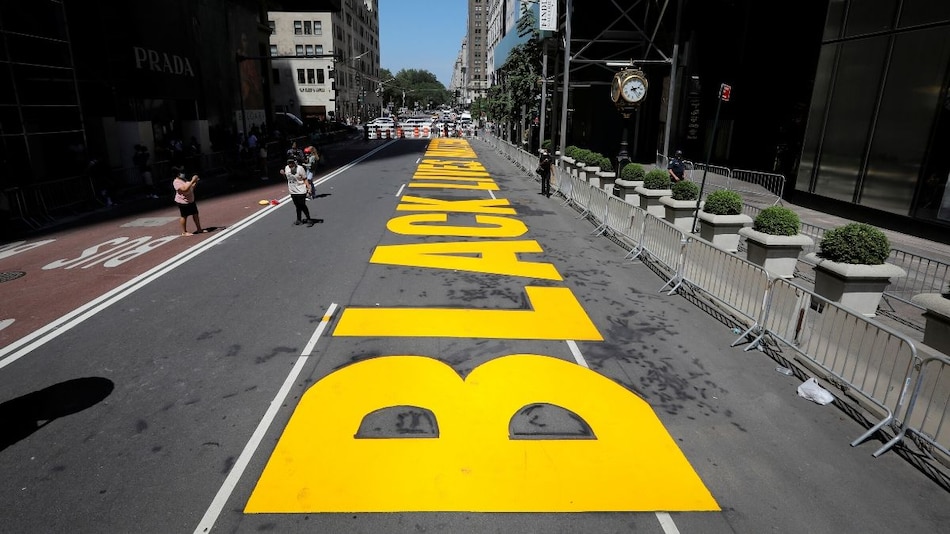 Tech companies are scrambling to add more diversity in their workforce

All of a sudden, every tech company wants a diversity consultant.

"My phone has been ringing off the hook," says Kevin Nichols, founder of The Social Engineering Project, a Stanford University venture that promotes equality in the tech sector.

Since the death of unarmed African-American man George Floyd at the hands of a white police officer in May, the United States has been rocked by protests and a renewed debate about racism and racial justice.

The harsh spotlight has turned onto big business, especially the pioneering tech industry, where staff diversity is often lacking despite past pledges of action.

Under fresh scrutiny, firms are now scrambling to make up for lost time.

"Some of the companies that I had conversations with, referred by current employees over a year ago... would not meet with me," said Nichols.

"They were reluctant -- they didn't really take what the employee was referring as serious. But now everyone's focusing on this.

"It's a knee jerk reaction to a systemic problem, but at least it's a reaction. We have to seize the moment and make it last by getting real teeth into the problem."

Tech giants often state lofty ideals, such as Facebook's vow that "diversity is essential to achieving our mission."

But in five years, the social network has raised its ratio of black employees in the US only from 2 percent to 3.8 percent, and from 4 percent to 5.2 percent for Hispanics.

At Google, African-Americans make up 3.7 percent of the workforce compared to 1.9 percent in 2014.

It is a situation reflected throughout US corporate life -- and is increasingly seen as unacceptable.

"At the surface level, all people were like, 'Yeah let's fix diversity', because they think the problem is external, they think someone else has to change," a black former Google employee who asked that her name not be used told AFP.

"But when they realise that they have to change, that the culture has to change, then they're like 'Oh shoot, that's not what I signed up for.'"

Tech companies often recruit from top universities and via personal recommendations from current employees -- the vast majority of whom are white or of Asian descent.

In the United States, Facebook has 44.2 percent white staff and 43 percent of Asian descent.

"Hiring is from familiar places -- people who look like you, who make you feel comfortable," says James Norman, CEO at start-up Pilotly and a partner at Transparent Collective, a nonprofit advocating for minorities in tech.

"When you're only hiring people aligned with your own world views, then you have a bunch of people who are validating how you see the world."

The vicious circle has been worsened in the past by artificial intelligence technology that sorts through many thousands of resumes. Programs based on existing data deduce that an engineer is a 30-year-old white man, for example.

"A lot of research around African-sounding names show that algorithms kick these people out," said Nichols.

The former Google employee said she found truth in the maxim that white people are recruited on their potential, and black people on their experience, adding she often sat in meetings where the question "Will diversity lower our performance?" was aired.

'The weight of history'

Such sentiments, as well as casual remarks and "micro-aggressions" in the workplace, fuel another major challenge -- that of attrition.

"What might seem like something small, there's all this history and force that can come with it," said Sharla Alegria, assistant professor of sociology at the University of Toronto.

"It's the weight of history in every unthoughtful experience."

Professional associations stress the need for long-term reform beyond the current news cycle.

"Budgets and people change, and momentum is lost along the way. The key is consistency," said Deborah Watson, president of the National Black MBA Association for the San Francisco area.

Donald Tomaskovic-Devey, director of the Center for Employment Equity, cites recent promises by Adidas that 30 percent of new recruits will be black or Latino.

"What works is when companies treat diversity as their financial goal. It is a first step, which gives managers quantified objectives to achieve," he said.

Without denying the challenges that lie ahead, Norman expressed hope in the future.