Podo Is the Pocket-Sized Selfie Stick Killer the World Needs 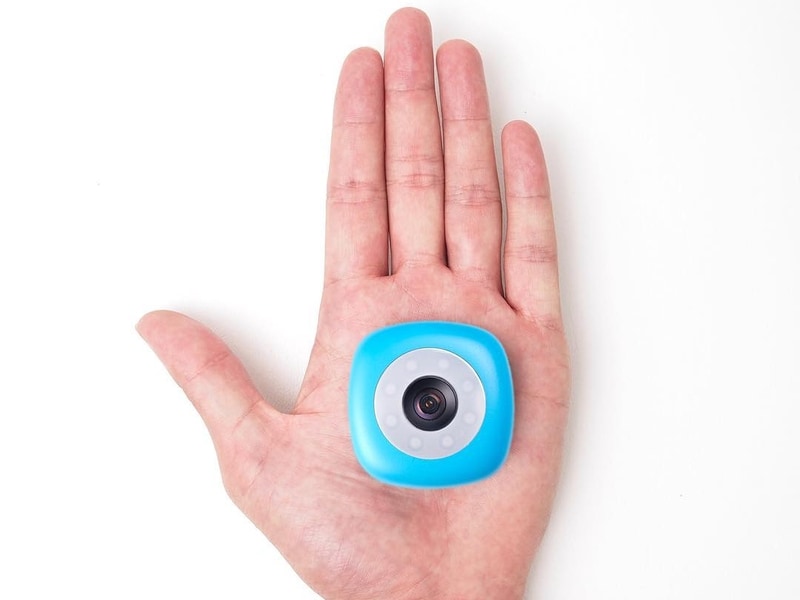 The best Kickstarter projects often feature the simplest of products, and we have one such product today. Podo is a portable camera that you can stick on any surface. It pairs with your smartphone and lets you click pictures. If selfie sticks are not for you, or if you travel solo and want a camera to click your pictures, Podo could be what you're missing.

This is the second time that Podo is on Kickstarter. The original Podo was a success on the crowdfunding website, unlike many of the failures we've seen. The second-generation Podo features some vital improvements.

The new Podo has a much better sensor according to the company, which translates to better photos. The camera has a 5-megapixel sensor but the company claims that the new one has much larger pixels. Larger pixels allow for better low-light photography.

Podo's appeal lies in its portability. It's a device that fits in your palm and weighs just 43 grams, and lets you wirelessly capture photos. Obviously it's not meant for serious photographers but if you always travel with a bunch of friends and keep looking for others to click group photos, Podo solves a problem. Here's a video showing the Podo in action:

Podo claims that you can stick the camera to pretty much any surface. Podo says that it does not lose adhesiveness over time either, which sounds a little optimistic, but it's been in the market with a first generation product already. All you need to do is clean the filter if it gets dirty and it'll work reliably, the company claims.

Another good feature is that you can link up to 6 Podo cameras and click pictures at once. If you need a cheap multi-camera setup, this could work for you. Think small parties at home or a small science exhibition for kids. It's still no replacement for high-end gear, but it could be a fun toy to have.

The only big shortcoming could be battery life. Podo lasts just 1.5 hours if you're recording video. It should last a lot longer for photos but then it's yet another gadget for you to charge. If you're using more than one Podo, then that increases the number of gadgets you need to keep tanked up as well.

It's a fun accessory for smartphones that could make for a very nice gift. However, if you are planning on getting this for photography, know that your smartphone probably has a better camera. With that said, if you still think you need a Podo, then you are not alone. The project has already crossed its funding goal of $50,000 (Rs. 33 lakh) and at the time of writing had raised $2,28,000 (Rs. 1.5 crore). There are 15 days to go for those who still want to order the Podo, with an estimated delivery in February 2017.

What do you think about Podo? Will you be backing this project? Let us know via the comments. You can also check out more Kickstarter projects we've covered here.