How the 'Apple Car' Project Met Its Demise 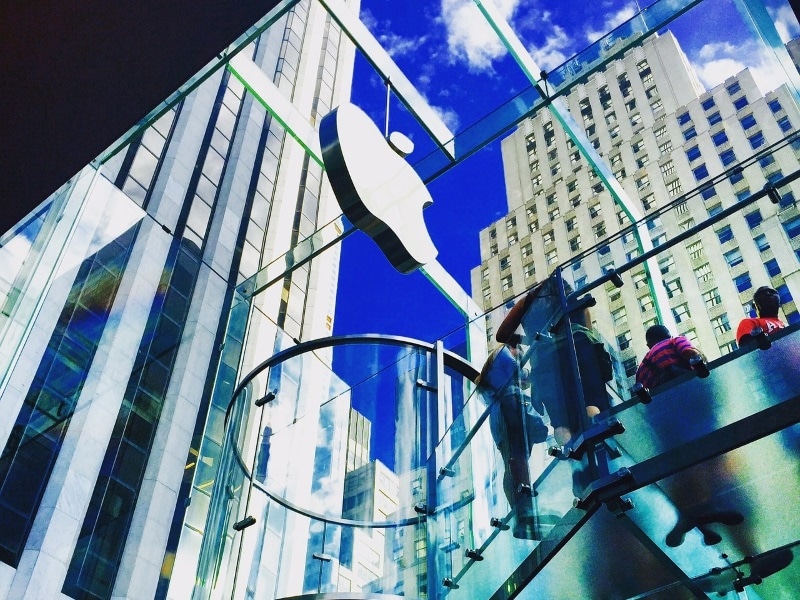 Apple Inc. has drastically scaled back its automotive ambitions, leading to hundreds of job cuts and a new direction that, for now, no longer includes building its own car, according to people familiar with the project.

Hundreds of members of the car team, which comprises about 1,000 people, have been reassigned, let go, or have left of their own volition in recent months, the people said, asking not to be identified because the moves aren't public.

New leadership of the initiative, known internally as Project Titan, has re-focused on developing an autonomous driving system that gives Apple flexibility to either partner with existing carmakers, or return to designing its own vehicle in the future, the people also said. Apple has kept staff numbers in the team steady by hiring people to help with the new focus, according to another person.

Apple executives have given the car team a deadline of late next year to prove the feasibility of the self-driving system and decide on a final direction, two of the people said. Apple spokesman Tom Neumayr declined to comment.

The new shift and deadline come after months of strategy disagreements, leadership flux and supply chain challenges inside Apple's unmarked car labs in Sunnyvale, California, a short drive from its Cupertino headquarters.

Apple isn't the first to realize mastery of mobile gadgets and software updates is no guarantee of automotive success. Alphabet Inc.'s Google learned the challenges of building its own vehicles and has sought partners. Its car project has also suffered departures. Tech investors are dubious too. They're used to fat profit margins, while carmakers survive on net margins well below 10 percent.

"For a quality Apple-branded car they could probably get a healthy margin," said Eric Paul Dennis, an analyst at the Center for Automotive Research. "They probably weren't willing to compromise on quality issues" because that could hurt the perception of its other products, he added.

Apple started Titan in 2014 with grand ambitions to make a dent in an auto industry that consultant McKinsey & Co. estimates will be worth $6.7 trillion (roughly Rs. 4,46,90,184 crores) by 2030. The iPhone maker embarked upon an aggressive hiring spree, and an Apple-designed vehicle was targeted by the early 2020s. The hope was to revolutionize cars in the way the iPhone upended the mobile industry in 2007.

By the end of 2015, the project was blighted by internal strife. Managers battled about the project's direction, according to people with knowledge of the operations. "It was an incredible failure of leadership," one of the people said. In early 2016, project head Steve Zadesky, a former Ford Motor Co. engineer and early iPod designer, left Titan. Zadesky, who remains at Apple, declined to comment.

Zadesky handed the reins to his boss, Dan Riccio, adding to responsibilities that already included engineering annual iPhone, iPad, and Mac refreshes. Bob Mansfield, a highly regarded manager who helped develop the original iPad, returned in April from a part-time role at Apple to lead the team.

About a month later, Mansfield took the stage in a Silicon Valley auditorium packed with hundreds of Titan employees to announce the strategy shift, according to people who attended the meeting. Mansfield explained that he had examined the project and determined that Apple should move from building an outright competitor to Tesla Motors Inc. to an underlying self-driving platform.

Departures
In the following months, engineers started leaving. Some chose to quit amid doubts over job security and skepticism that an Apple car product would ever come to market. Others were cut. In August, a first wave of employees was let go, followed by a second round in September.

John Wright, a veteran Apple manager who led the software teams, has left the project, according to people familiar with the matter. Dan Dodge, creator of BlackBerry Ltd.'s QNX car software, took a larger role developing Apple's auto platform architecture, some of those people said.

Remaining software engineers are working on autonomous programs, vision sensors, and simulators for testing the platform in real-world environments. The team also has regulatory specialists to navigate the heavily regulated auto industry, one of the people said.

Far Cry
It's a far cry from early plans that excited Apple executives. "The car is the ultimate mobile device, isn't it?" Chief Operating Officer Jeff Williams said in 2015.

Soon after, Chief Executive Officer Tim Cook said the auto industry was "at an inflection point for massive change."

Apple executives had imagined an electric car that could recognize its driver by fingerprint and autonomously navigate with the press of a button. One plan sought a partially autonomous car that still had a steering wheel and pedals, while later plans migrated toward a fully autonomous vehicle.

Regardless of Apple's struggles, established carmakers have recognized the threat posed by new entrants and have embarked on a hiring and acquisition splurge to beef up their software capabilities. They are wary of allowing technology companies to own the lucrative software component of new cars.

Apple meanwhile struggled to tackle complex automotive supply chains, according to another person familiar with the situation. In smartphones, Apple wields extensive influence and often secures exclusive rights to certain parts from suppliers. For cars, the heavy investment required to make automotive parts means suppliers are less willing to commit their products to a vehicle like Apple's which may have initially shipped in small quantities.

"When they started digging into the details of what that would entail it likely became an intractable problem," the Center for Automotive Research's Dennis said.

Banned From Flights, Samsung Galaxy Note 7 Is Being Replaced at Seoul Airport