Carmakers Targeting Tech Buyers Want to Be Like Apple 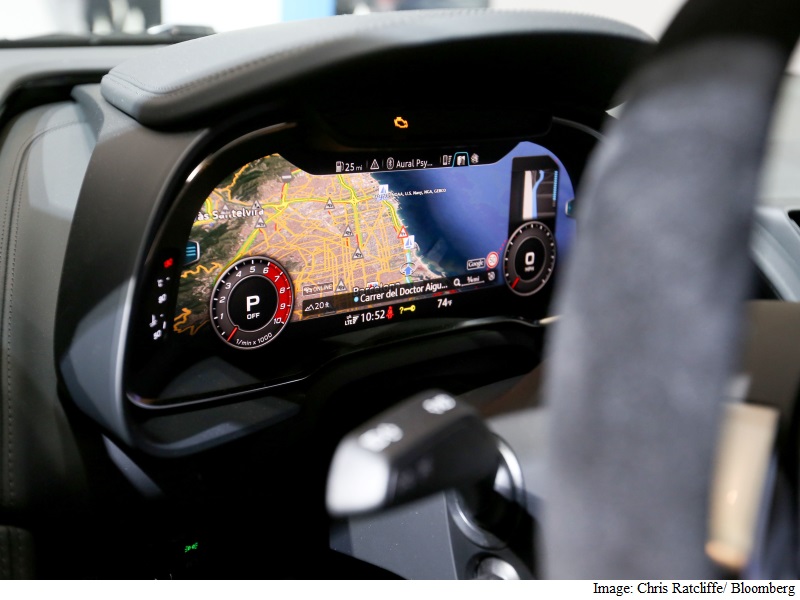 Carmakers are becoming a familiar sight at tech shows, where they're rolling out new models to woo a generation of consumers who question the need for a car that only gets them from A to B.

At this week's Mobile World Congress in Barcelona, Ford unveiled a new vehicle for Europe as well as in-cockpit technology, Volvo is showing off a keyless car and Mercedes-Benz Formula 1 driver Lewis Hamilton will appear on a panel with the president of chipmaker Qualcomm.

Eager to win over millennials who may care more about the latest Apple iPhone than a redesigned Mustang, automakers are trying to become more tech-savvy and shed their image as 20th century metal benders. The pivot toward the younger set comes amid a slowdown in China, competition from Tesla Motors which sends automatic software updates to the car's command center and a boom in ride-sharing services such as Uber that have left car companies anxious about growth and eager to try out a new crop of digital products and services.

"Carmakers have a very narrow window of opportunity to win over Generation Y," said Richard Viereckl, an analyst at PwC in Frankfurt who co-authored a 2015 study on connected cars. "They're at these technology shows to portray their brands as hip, and with mounting competition from the likes of Apple, Panasonic and Sony, they're fighting to keep the attention of and access to their customers."

By 2022, 345 million autos worldwide will be connected to the Internet, nearly four times more than last year, according to IHS Automotive. In six years, 98 percent of the cars sold globally will be connected, up from 30 percent last year, the consulting firm said. The trend is driven by customer demand: Three in four consumers said they consider connected car services an important feature in their next vehicle purchase, AT&T and Ericsson said in a report in October.

The risk for carmakers is that Apple, Google and Microsoft will conquer the connected-car business with operating systems and apps that people are familiar with. Google and Apple already offer in-car infotainment systems with Apple CarPlay and Android Auto, and Google is at the forefront of developing self-driving cars.

"Google and Apple have a good chance as anyone at grabbing the car ecosystem," said Kevin Curran, a computer science professor at Ulster University in Londonderry, Northern Ireland. "Cars today are computers with wheels, and tech companies know that field all too well."

To fend off the threat, carmakers are set to make "big decisions" over the next 24 months, striking cooperation pacts and increasing spending on research and development as well as M&A to get ahead, said Thilo Koslowski, who heads the auto practice at researcher Gartner Inc. Those who don't are at risk of being left behind, he said.

General Motors debuted its Chevrolet Bolt electric car at the Consumer Electronics Show in Las Vegas in January, before taking it to the Detroit auto show a week later. Such moves are aimed at highlighting vehicles' software and Web features, with carmakers adding iPad-like dashboard touch screens and moving beyond to even more futuristic systems.

German automakers BMW, Audi and Daimler last year teamed up to buy Nokia's HERE map business, a response to Google and Apple. BMW's iDrive system brings apps, radio and navigation to the dashboard, reducing knobs and buttons for a user experience that's closer to that of a smartphone. Porsche's Mission E concept car unveiled last year features eye-tracking and gesture-control functions, which include holograms that allow the driver to grab apps out of the air.

At Mobile World Congress, Ford introduced a new model of the Kuga sport utility vehicle for the European market with updated communications, entertainment and driver-assistance features. It also outlined its latest plans under the umbrella of Ford Smart Mobility, the company's initiative encompassing areas such as connectivity, autonomous vehicles and big data.

"We are transitioning from an auto company to an auto and mobility company," Ford Chief Executive Officer Mark Fieldssaid in a Bloomberg TV interview at the event on Monday. The company is tripling its engineering investment in technologies making cars more semi-autonomous, Fields said.

It's a tall order for automakers contending with fleet-footed tech companies. The disruption brought by the connected car is similar to what happened 100 years ago, when the automobile successfully challenged the horse and carriage industry, Koslowski said. Engineering excellence isn't enough anymore, but to appeal to the next generation of buyers a carmaker needs to show how it can enrich a consumer's digital lifestyle, he said.

"Automakers have an opportunity to make cars even more compelling and spark a renaissance of the car," Koslowski said. "They are being challenged and they have to be careful that they don't turn into a horse and carriage industry."