Can Companies Like Uber Get Away With 'Bad Behaviour'? 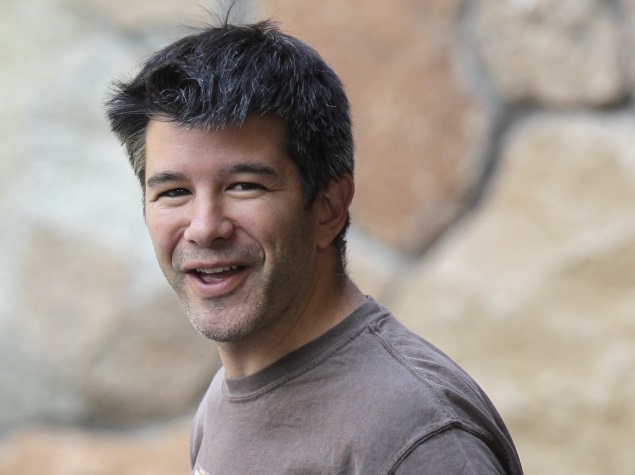 Silicon Valley seems to have more than its share of companies behaving badly. Among up-and-comers in the tech world, privacy abuses and executive gaffes have become viral sensations. But is all that bad behavior actually bad for business?

Last week, Uber sparked controversy after a top executive suggested spending $1 million to dig up dirt on a journalist critical of the driver-on-demand company challenging the taxi establishment in cities. It's only the latest time Uber has been called out, either for actions by its drivers or its corporate culture. The company also is investigating one of its New York employees for tracking another journalist's ride, which has raised fears that Uber is misusing customers' private location information. So far Uber's investors, which include Google Ventures and prominent venture capital firms that poured $1.2 billion (roughly Rs. 7,408 crores) into the company at its latest funding round, have remained quiet. So is Uber's much-criticized corporate behavior just part of the package, a reason even, for its meteoric rise and ability to go after smaller rivals and the taxi establishment? Or is it a liability for the company, its Ayn Rand-loving libertarian CEO and its backers?

"I think it's going to alienate some potential customers but I doubt, given what's happened to date, that it's going to make a big difference," said Robert Hurley, director of the Consortium of Trustworthy Organizations at Fordham University in New York.

So far, the controversies haven't put the brakes on Uber's skyrocketing valuation ($17 billion (roughly Rs. 1,04,951 crores) at last count, and reportedly heading to nearly double that), or its popularity among people who can use the app to hitch rides. There are calls to boycott the company on Twitter, and many have vowed to go to its smaller rival Lyft. But on Friday Uber was ranked 35th among the most popular free apps on iTunes - up from 37th on Monday.

Not that Uber is an anomaly in the industry. Some tech companies have had executives with domestic violence charges or who have gone on tactless Facebook and Twitter rants. Earlier this year, the hot dating app Tinder settled a sexual harassment and discrimination lawsuit filed by a co-founder. It claimed that Tinder's founders engaged in "atrocious sexual harassment and sex discrimination" against a former vice president at the company, calling her names and threatening to strip away her co-founder title. The suit hasn't crimped Tinder's style: the product reportedly makes over 14 million matches a day.

Public relations problems aren't limited to startups. Last month, Microsoft CEO Satya Nadella told women they shouldn't ask for a raise and just trust "good karma" instead. The punchline? He made the statement, for which he later apologized, at a conference celebrating women in computing.

"You have these CEOs that don't have much filter and get in trouble," said John Challenger, CEO of the outplacement firm Challenger, Gray & Christmas. But unlike in the old days, it's hard for things to get buried in the age of blogs, Twitter and Reddit. "There is much less ability to wipe the slate clean," he notes.

Some established tech companies have rolled out new features without disclosing privacy implications, all while professing respect for customers' personal data and privacy. Take Google, for example. The company, which was founded with the motto "don't be evil," has faced scrutiny from European regulators for secretly scooping up users' personal data transmitted over unencrypted Wi-Fi networks in cities around the world for at least two years. In the U.S., Google paid $500 million (roughly Rs. 3,086 crores) to settle a U.S. Justice Department investigation that alleged the company's top executives allowed ads for illegal pharmaceutical drugs to be distributed through its marketing network. Yet it is far and away the leader in online search and owns other widely used services such as Android and Chrome.

"Until a company does something that personally impacts the consumer, this kind of bad behavior will only influence the decisions of customers for whom these are highly sensitive issues," said Maclyn Clouse, University of Denver's Daniels College of Business.

Black Friday and Cyber Monday Sales: How to Order From the US
Apple iPad Air 2, iPad mini 3 Available in India From November 29