At IIT Delhi Open House, Ebooks for the Visually Challenged and Nanotechnology to Clean Sewers 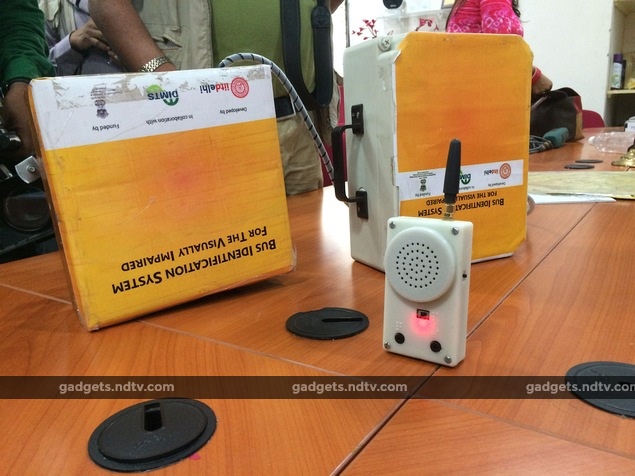 A display that could be used to create an affordable ebook reader for the visually challenged; a system to print cheap braille books; and nanomaterials that can clean up industrial effluents - these were just some of the projects we saw at IIT Delhi. IIT Delhi is going to hold its annual Open House on April 18 - this Saturday - and it's the place to be if you want to check out projects that try to solve problems such as treating industrial waste and helping the visually challenged use public transport.

IIT has been holding these open house events for years now, and some of the projects eventually make it beyond the prototype stage and become real products. One example is the Zerodor waterless urinal, that was shown at last year's Open House and is now ready to hit the market. There is also a culture shift going on - in the past, most projects were outlined by the professors, and picked up by students. Professors at IIT Delhi say they're trying to change things to ensure that more students get involved in research projects.

"We have a new IPR policy. These projects used to be the intellectual property of the institute but now the IP is with the students," says Professor Suneet Tuli, the dean research at IIT Delhi. He said they're trying to change the top-down structure (research projects initiated by faculty members) so that students can showcase their talent and help solve real-world problems.

We went to the campus and got a peek at some of the projects that are going to be shown and found that the best ideas are all trying to create affordable solutions. Among the projects is a braille display that will cost a tenth of similar devices in the market - a recurring theme that shows that researchers are trying to solve problems with the masses in mind. Here are some of the best of those projects. 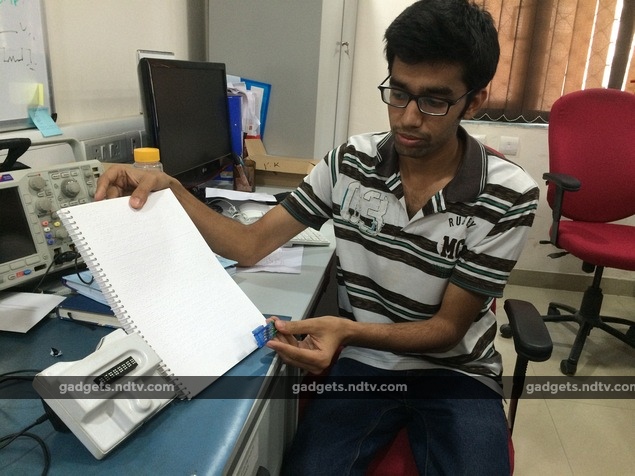 The Refreshable Braille Display aims to help visually challenged people read digital files. It supports popular formats such as pdf and txt and displays text line-by-line. Ankit Kumar Parsurampuria - a mechanical engineer who graduated from IIT - is among those who worked on this device. Parsurampuria says, "A 40-cell standard braille display costs Rs 2-3 lakh. It's very expensive. We created shape memory alloys and our own actuators to make this device."

The display doesn't look anything like the screens in most modern gadgets. It's a series of blunt pins that move up or down based on the characters to be formed. It's similar to the braille smartphone that was designed a few years ago. Parsurampuria says they're targeting a tenth of the cost of devices available in the market. "The market cost is around Rs. 4,000 per cell. We are targeting Rs. 400 per cell." 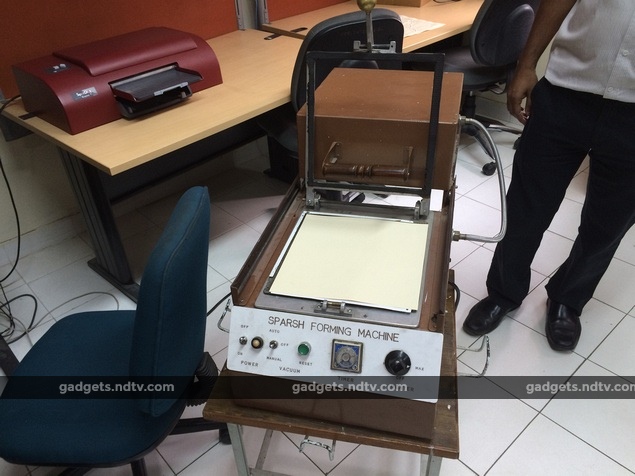 While this technology produces high-quality graphics, it is expensive and isn't ideal if the graphics need more height variation. Tactile Graphics uses a process called embossing and thermoforming to cut printing costs to around Rs. 20 per sheet. The process involves using a 3D printer to print the mould, which is then pasted on a printout of the graphics. A plastic sheet is placed on it and it's put inside a forming machine, which heats the sheet and the result is a low-cost print of Tactile Graphics for the visually challenged.

While the display is not yet ready for the market, On Board is a technology that has been deployed in 24 BEST buses in Mumbai. The technology allows visually challenged people to find out which buses are near them and hail the bus route number they need to board. The trials began on February 2 on two bus routes in Mumbai and researchers say the initiative is going well so far. Professor Balakrishnan says 20 people have used the device around 20 times a month each for unsupervised boardings, which he says is a great sign for the project. "There have been some suggestions for improvement in the device, which we will implement in upcoming iterations," he said.

On Board is a radio frequency based device that needs a unit in the bus and a receiver in the person's hand. Pressing a button on the receiver makes it speak the route numbers that are in a 40-metre radius and pressing the select button hails the bus route number that the person needs. The driver is alerted by the unit in the bus and the visually challenged person can then proceed to board. You can see a visually challenged person boarding BEST bus route 121 unsupervised in the video above. 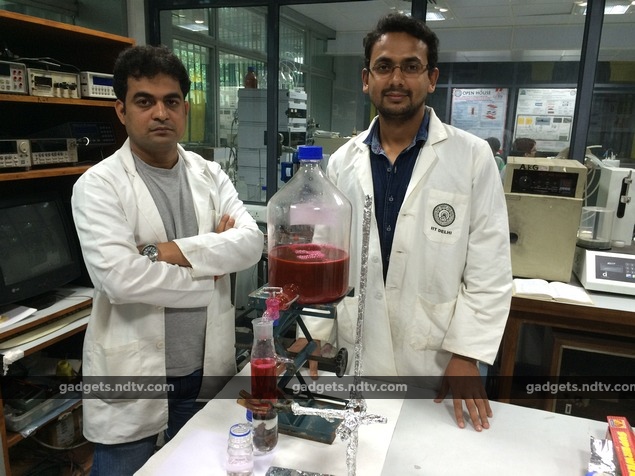 PhD research scholars from the chemistry department Arabinda Baruah and Bharat Kumar Chaubey showed us a project that uses nanomaterials to treat industrial effluents. Their laboratory apparatus showed liquid mixed with toxic metal ions and dye being fed into a tube that had a layer of adsorbent placed between two layers of glass wool. The researchers used starch and other readily available chemicals to create the nanomaterials used in the adsorbent. The toxic liquid passed through the adsorbents and the output was collected in a beaker. The result was transparent, purified water with no trace of the dye.

The setup removes up to 90 percent of the toxic metal ions from polluted waste water. Baruah says the project is still in its prototype stage. "We've applied for a patent for this project. We could either design a coating for the pipes that carry industrial waste or a filter that waste passes through," he says. The device can be cleaned reused up to 10 times, and its low cost make it easy to replace.