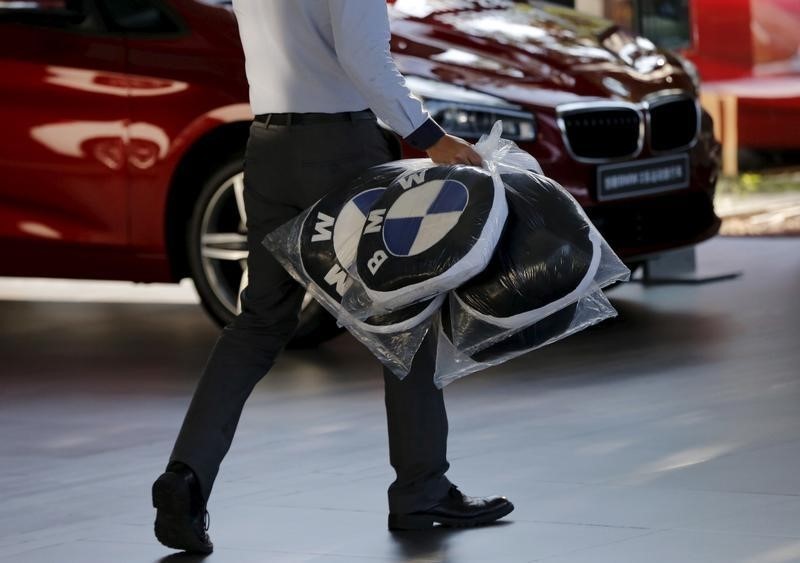 After a century building what it calls the "ultimate driving machine", BMW is preparing for a world in which its customers will be mere passengers, and the cars will do the driving themselves.

Days before BMW's 100th birthday, its board member for research and development described plans for a completely overhauled company, where half the R&D staff will be computer programmers, competing with the likes of Google parent Alphabet to build the brains for self-driving cars.

"For me it is a core competence to have the most intelligent car," Klaus Froehlich told Reuters in an interview at the Geneva auto show.

"Our task is to preserve our business model without surrendering it to an internet player. Otherwise we will end up as the Foxconn for a company like Apple, delivering only the metal bodies for them," Froehlich said.

BMW will have to ramp up quickly, striking deals with a new network of suppliers, many from outside the traditional automotive industry.

"We have some catching up to do in the area of machine learning and artificial intelligence," Froehlich said.

Today, software engineers make up just 20 percent of the 30,000 employees, contractors and supplier staff that work on research and development for BMW.

"If I need to get to a ratio of 50:50 within five years, I need to get manpower equivalent to another 15,000 to 20,000 people from partnerships with suppliers and elsewhere," Froehlich said, adding that German schools are not producing enough tech engineers for BMW to hire them all in house.

As software becomes as important as hardware, another cultural shift could see BMW free up resources by licensing out technology produced by its own engineers, such as drivetrains for electric and hybrid vehicles.

"Going forward we will sell electric drivetrains," Froehlich said. "We see many smaller manufacturers who cannot afford to develop a plug-in hybrid."

Bragging rights
Germany's premium auto makers are at the centre of the country's global reputation for meticulous engineering. Chancellor Angela Merkel will attend BMW's birthday bash at its Munich headquarters on Monday.

But with the expected shift in focus from a car's body to its brains, the risk is that the expertise will accumulate in silicon valley or in China, rather than Germany's carmaking regions of Bavaria and Baden-Wuerttemburg.

"In the auto industry the battle will be not for horsepower but bragging rights will be 'my car is more autonomous than your car'," said Manuela Papadopol, director, global marketing automotive for Elektrobit, a software company now owned by Continental.

BMW, Mercedes-Benz and Volkswagen's Audi are each making an effort to build a hub for automotive software and services. They clubbed together to buy digital map maker Here from Nokia last year to create a neutral platform where smart cars can share data on road and traffic conditions.

BMW's own recent hiring included a 200-strong digital innovation team in Chicago, most of whom had worked for Nokia, the Finnish mobile phone pioneer.

Among the areas Froehlich identified where BMW will still need partners is in cloud computing, the technology of storing data and software remotely and accessing it over the internet. Data gathered from a car's onboard sensors will be combined with remote information, for example about weather and traffic, using next generation mobile networks, also known as 5G.

The ultimate aim would be to build as much expertise in-house as possible, although there could be mutual benefits from working with new outside suppliers.

"The thinking here is: they too have weaknesses and there may be some win win situations," Froehlich said of potential new suppliers. "Nonetheless I need to build our own in-house competence in the next 5 to 6 years."