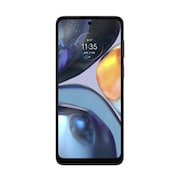 The budget smartphone segment is evolving at a rapid pace and most manufacturers are going all-out when it comes to cramming in more features at lower prices. One such company is Motorola, which has been on a phone launching spree of late. The Moto ‘G' family has seen some new introductions, and one of them is the Moto G22.