Everything About the New Galaxy Awesome Range: Inspired by Flagship, Just for You 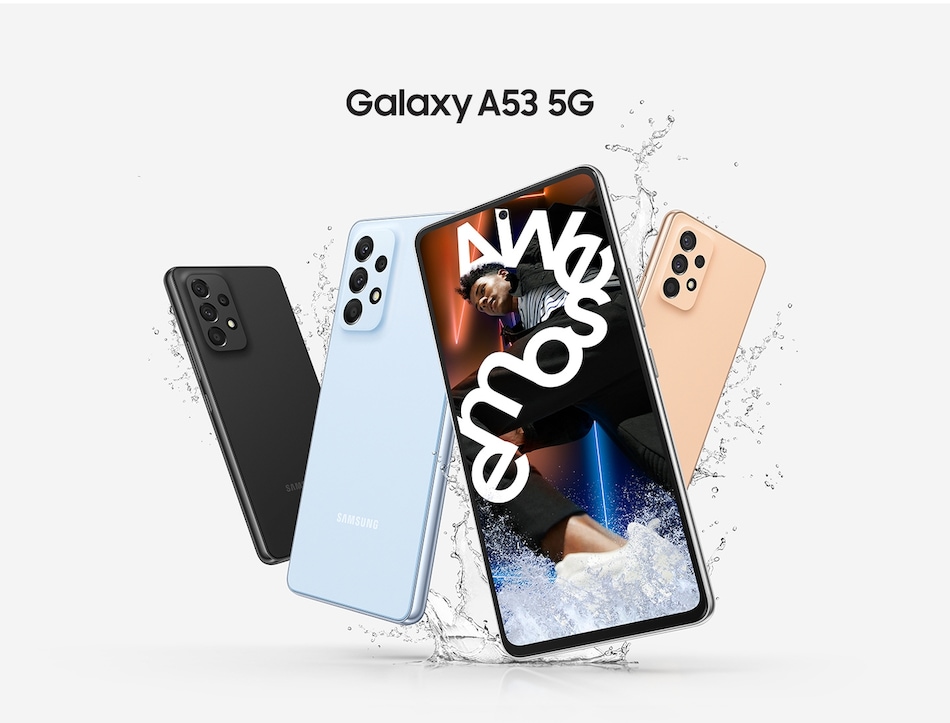 Samsung recently announced a new Galaxy A series line-up in India consisting of five smartphones, launching across seven cities. The new models are Samsung Galaxy A73 5G, Galaxy A53 5G, Galaxy A23, Galaxy A13 and Galaxy A33 5G. The new Galaxy A-series range comes with stylish and durable designs, refreshing new colours and flagship-like features. With smartphone prices soaring high in the sky, Samsung has launched all the A-series phones with different price tags ranging from affordable, mid-range and affordable flagships.

These smartphones' line-up tends to bring democratisation of flagship features, and Samsung has been on a spree to deliver every technology its users want in their smartphones. Now, that's where awesomeness comes around as innovation meets value, creating a customer experience that matters the most.

Flagship-like camera sensor and modes, so you can click beautiful pictures

Samsung has included OIS technology in the camera lens, so you can capture clear and sharp photos even in a low-light environment. Without OIS, the image quality could be blurry in low light. This feature also helps in handheld photography by reducing the blurring of the image in case of any shake. There are certainly other important tools for you to know which have been tagged in the Galaxy A series smartphones, the Object Eraser and Photo Remastering.

Suppose your cousin photobombs a good selfie of yours, and you want to remove them. Here's where the Samsung Galaxy A series smartphones' Object Eraser feature will come in handy. The feature lets you easily remove any unwanted person or a thing from your photo as if it never existed in the first place. Another exciting camera mode to know about is Photo Remastering, which improves the quality of the images in a matter of seconds. You can easily enhance the quality of the photos that you took from your featured phones back in the past.

All these camera modes so you can capture and edit top-notch photos and videos without the need to download any third-party application.

Yes, the new Samsung Galaxy A series now sports a 120Hz Super AMOLED display. Such an immersive display makes the A series of smartphones a perfect choice for anyone who's totally into media consumption, graphically intense games, or both, as it provides an exceptional viewing experience.

All 2022 launched Galaxy A series smartphones carry striking new visual designs and colours that will let them stand out from the other smartphones in the market. The thin and light design will take your smartphone experience to another level as it will easily fit in your hands and pockets. Be it handheld photography/videography or long hours of gaming, the A-series smartphones have been designed in a way that you can use them effortlessly without feeling the weight of the devices. The devices have been introduced in several enticing colours like Peach, Blue, Black and White. Choose any you want and have the flagship-inspired smartphone in your hands!

All the previous Galaxy A series smartphones have had good reviews from their users for their speaker performance. And the new Galaxy A series seems to continue that trend by providing stereo speakers for a virtual surround sound experience. These stereo speakers deliver clear sound and provide extra bass to your audio experience, so you can watch movies and listen to music with the best possible quality. If you are fond of playing games or watching content, then the Galaxy A series line-up has a phone for you.

RAM Plus so your devices feel like new each day

Most Android smartphones are unable to deliver lag-free performance after some time. Blaming it on the growing size of apps and their RAM appetite or the smartphone manufacturers will not ease the difficulties faced by the user. Be it multitasking, gaming or using heavy apps, everything becomes a nightmare for the user. However, with the RAM Plus feature in the new range of Galaxy A series smartphones, one can easily do all the multitasking on the go, and the smartphones will never stop delivering a lag-free performance. With RAM Plus enabled, you will easily be able to extend the original RAM of your devices by up to 16GB. And that much amount of RAM, dear users, can take anything you throw at it.

Feature loaded OS upgrades for up to four years

To keep your smartphone updated with all the new features that will arrive in the future, Samsung has promised to deliver up to four years of OS upgrades. Yes, you read that right, four years of OS upgrades. These upgrades will provide new features for your device and fixes to possible bugs and security holes that would improve the smartphone's overall performance. The latest OS upgrades will make for a better user experience for anyone who buys a smartphone from Samsung's Galaxy Awesome range.

Security and privacy features, so you worry less and live more

The latest Galaxy A series smartphones will provide the top-notch security you require in the current times with Samsung's defence grade security platform Knox.

Knox Security protects your personal data in real-time with features like Alt Z, which lets you make your information private at just a click of a button. So, now you can hide your games from that annoying little cousin of yours who always keeps an eye on your phone.

Knox Security also includes a Privacy Dashboard, which lets you control the information you share with apps that tend to get too creepy sometimes. In this era of scams, such security and privacy features are a definite bonus.

To buy the new Samsung Galaxy A73 5G and Galaxy A53 5G, visit the Samsung Online Store now!