Samsung Galaxy M51 is the first phone in India with a massive 7,000mAh battery 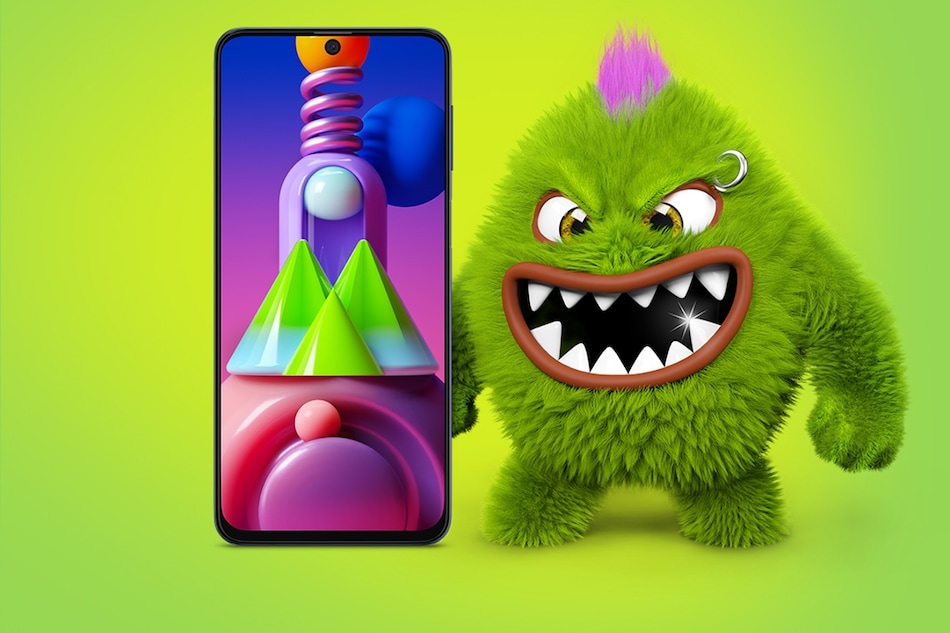 Today, we'll tell you everything you need to know about Samsung's latest smartphone in India, the Galaxy M51:

Samsung's Galaxy M51 has a big 6.7-inch sAMOLED Plus Infinity-O display. The large display design and thin bezels provide an immersive viewing experience. Watching videos and photos will be an amazing experience, with a life-like experience. Multitasking is a breeze on a larger display, and gaming sessions feel magical.

Galaxy M51's display is designed to help you make the most of the large screen size. From working on your phone to playing your favourite mobile games, the Galaxy M51 has a display that'll keep you entertained for endless hours. In the new normal, it can also help you get a lot more work done. Group calls are also much easier to handle on a larger display.

Samsung Galaxy M51 is India's first smartphone with a massive 7,000mAh battery. These days, you spend a lot more time on your smartphone than ever. Having a large battery can be a blessing. You can watch movies, talk to your loved ones, or simply spend hours playing your favourite mobile games, and the battery in the Galaxy M51 will still keep going.

The phone comes with a 25W USB Type-C fast charger in the box, which is capable of completely charging the phone's battery in just 115 minutes. On a full charge, the Galaxy M51's massive battery can last for up to 64 hours for voice calling, up to 24 hours for web browsing, up to 34 hours for video playback, and for up to 182 hours while playing music.

Samsung Galaxy M51 also supports reverse charging. It comes with a Type-C to Type-C cable in the box which you can use to charge your friends' devices on-the-go. This means your phone can act as a power bank to charge your other devices or your friend's phone.

With support for 25 watt fast charging, you can recharge the battery in the Galaxy M51 super quick. This means, your smartphone will always keep you going, and won't slow you down for anything. Samsung Galaxy M51 comes with a mean battery that lets you binge watch TV shows for hours or enjoy gaming sessions endlessly.

We use our smartphone cameras more than anything else on our phones. But now, they've become an even more important part of our lives. The powerful quad rear camera setup on the Samsung Galaxy M51 is built to let you capture your world and share it with everyone you love.

The camera setup on the Samsung Galaxy M51 consists of a 64-megapixel primary camera sensor that's powerful enough to help you capture clear and stunning photos of the world around you. There's a 12-megapixel ultra-wide-angle camera sensor that lets you capture more details in your photos. This means you can capture more people, larger objects, and an amazing real-world view in your photos with a 123 degrees field of view.

There's a 5-megapixel depth sensor that can help you capture beautiful portrait mode photos with a live focus. A 5-megapixel macro camera lens lets you capture objects much closer to the camera, like a flower in your garden or an object on your desk. You can also blur the background with a bokeh effect.

Samsung Galaxy M51's mean camera setup can help you capture beautiful panoramas, thanks to the ultra-wide-angle camera lens. With the 64-megapixel primary camera, you can easily capture clear photos of people and the world around you in high resolution.

For all your selfies, the Samsung Galaxy M51 comes with a 32-megapixel front-facing camera. The front camera also supports live focus, letting you capture stunning portraits by blurring the background in your photos. Your selfies will look extra special when you share them on your social media profiles.

There's also a limited period launch offer for HDFC Bank cardholders, applicable from September 18 to September 20 on Amazon India. Customers can avail an instant cashback of up to Rs. 2,000 on purchasing the Galaxy M51 using their HDFC Bank card, applicable on both EMI and non-EMI transactions.