ZTE Blade A2 Plus Review 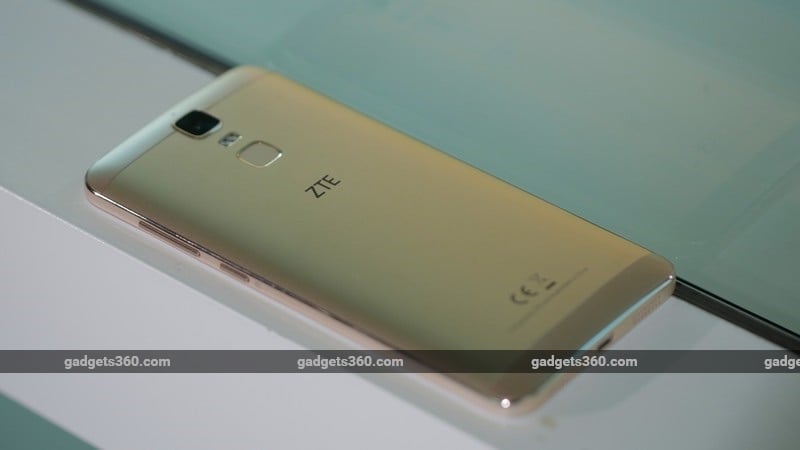 With the Blade A2 Plus, ZTE is going the Xiaomi route by making its smartphone exclusive to the online platform. The phone is available exclusively via Flipkart at a tempting price of Rs. 11,999 and looking at the specifications, it appears to be a direct competitor to the Xiaomi Redmi Note 4 (Review).

The big highlight of the ZTE Blade A2 Plus is expected to be its battery life, as the phone boasts of a 5000mAh battery. On paper, it seems to check most of the boxes by packing in VoLTE support, metal build, an octa-core SoC with 4GB of RAM, and a 13-megapixel PDAF camera. But how does this translate into actual, real-world performance? Is it really as good as it looks for the price? Let's find out.

ZTE Blade A2 Plus design and build
The phone is built really well thanks to the metal housing however, the design feels a little generic and boring. It’s not an attention grabber for sure, so the ZTE Blade A2 Plus is not for those who love to flaunt their smartphone in public places. We also found it fairly chunky to hold and heavy when placed in your pocket. The addition of the larger battery has caused some bloat which has pushed the thickness of the phone to 9.8mm and the weight to 189 grams.

The front of the ZTE Blade A2 Plus is dominated by the display as we have a backlit, capacitive navigation buttons below. The white backlight for the home button also doubles up as a notification light, but the intensity is very dim, making it impossible to see outdoors, in daylight. There are buttons on the right and the SIM tray to the left of the phone. You can use two SIM cards here or a single SIM and a microSD card of up to 128GB. We also have a headphone socket on the top and a Mico-USB port down below.

Around the back of the ZTE Blade A2 Plus, there’s the fingerprint sensor, dual-LED flash, and the primary camera. The implementation of the fingerprint sensor is similar to the Honor 8 (Review), where the sensor is placed on a physical button allowing you to trigger certain shortcuts depending on how you press it. This can be customised in the Settings app, under the Super Key menu.

The ZTE Blade A2 Plus features a 5.5-inch IPS display with a full-HD resolution and Corning Gorilla Glass 3. The panel produces good colours with decent viewing angles. There’s MiraVision optimisation present too so you can enable features like dynamic contrast and a blue-light filter. The glass on the display also has curved edges, making it easy to grip.

In the box, we got a 13.5W charger, SIM ejector tool, and instruction manuals. The packing is very basic, which shows ZTE has made every effort to keep the costs down. Good build aside, the Blade A2 Plus comes across as a very standard looking smartphone with very little to get excited about, aesthetically speaking. It is fairly heavy and it’s not the slimmest phone out there, which might not sit well with some.

sZTE Blade A2 Plus specifications and features
The ZTE Blade A2 is powered by a MediaTeK MT6750T octa-core SoC, similar to the one we tested on the Vivo V5 (Review). Benchmark scores point to pretty average performance as we got 43989 points in AnTuTu and 16fps in GFXbench’s T-Rex test. During actual usage, the user interface runs pretty smoothly but slight stutter starts creeping in when using multiple tabs in Chrome and there’s considerable lag when using the camera app. This is a bit odd considering the phone has 4GB of RAM, which is generally plenty and we didn't face such issues with this SoC in other smartphones.

The ZTE Blade A2 Plus also packs 32GB of storage, Bluetooth 4.0, Wi-Fi 802.11b/g/n, GPS, FM radio, and USB OTG. In terms of sensors, you only get an accelerometer and a proximity sensor. 4G support is present along with VoLTE.

The Mifavor 3.5 OS is based on Android Marshmallow, which frankly, isn’t the best looking interface we’ve come across. There are editable toggle switches in the drop-down notification shade whereas swiping up from the bottom gives you options to change the theme’s colour, wallpaper, shape of the icons, and transition effects. The Settings app has the stock Android design and here, you have access to gestures and motion triggers for tasks; the ability to switch functionality of the two capacitive keys; and set how the phone responds to the optional leather case. Other functions include a Family Mode, which replaces the existing icons with larger fonts for ease of use; a Samsung-like activity tracker called Slife; and a self-service app call ZTE Cares. There are many third-party utility app also pre-installed but thankfully, all of them can be uninstalled if you want.

ZTE Blade A2 Plus performance
The Blade A2 Plus is a bit of a handful when you’re out and about but it handles day to day operations decently well. The touch response of the display could have been better and we don’t like the fact that it smudges very easily. The fingerprint sensor works well and the shortcuts that you program do come in handy. The phone doesn’t have the best SoC for multitasking as every now and then, there’s a noticeable intermittent lag. The back of the phone also gets warm very quickly, even with mildly stressful games like Rayman Adventures.

The stock video and music player handle most files well enough, including FLAC. Audio quality is strictly average through the mono loud speaker but it slightly better with earphones.

The rear 13-megapixel camera is the weakest link in the phone as its performance leaves a lot to be desired. Despite having PDAF, focusing speeds are very slow in daylight and nearly unusable in low-light situation. The camera also really struggles with macro shots as it’s very difficult to get a lock on your subject. Landscapes shots in daylight have decent detail but the colours are dull and muted, which only gets worse with HDR enabled. There’s also plenty of visible chromatic aberration. Details and colours are very muddied in low-light stills.

(Tap to see full-sized ZTE Blade A2 Plus camera samples)

The front 8-megapixel camera on the ZTE Blade A2 Plus is alright for selfies in good lighting but don’t expect much otherwise. Video recording maxes out at 1080p but the framerate isn’t steady and the resulting video looks jittery with low level of details and poor colours. The camera app is pretty basic as you only get picture-in-picture mode and panorama as there’s no special mode for video like slow-motion etc.. You have an option to apply filters and there’s a gesture mode for taking selfies when you make a ‘peace’ sign, however the latter doesn’t work all the time and when it does, it tends to randomly snaps a selfies even when you're not making the gesture.

Battery life seems to be the main selling point for the ZTE Blade A2 Plus and this is one area where the phone doesn’t disappoint. The phone ran for 14 hours and 48 minutes in our loop test and with moderate usage, we were able to go up to two days before having to charge it. The Blade A2 Plus also supports MediaTek’s Pump Charge feature and using the bundled adapter, we were able to get a 25 percent charge in about 40 minutes. It’s not as quick as OnePlus’ Dash Charge or Qualcomm’s latest Quick Charge technology, but its better than having nothing at all.

Verdict
Rs.11,999 is a very tempting price indeed for a phone that looks pretty sorted on paper, however the reality is very different. By making it an online exclusive, ZTE has certainly achieved a great price point. But the Blade A2 Plus’ only selling point seems to be the good battery life, as overall, it’s a pretty mediocre smartphone.

It’s definitely not a good all-rounder as Xiaomi’s offering so if you do manage to snag one, we still recommend it over the ZTE. Alternately, you can even look at the Asus ZenFone 3S Max (Review), which we recently tested and found it to be a pretty good smartphone for the price.

Redmi Note 4 vs Honor 6X vs ZenFone 3S Max: Which One Should You Buy?