Xiaomi 11i HyperCharge 5G First Impressions: Can it Take Charge? 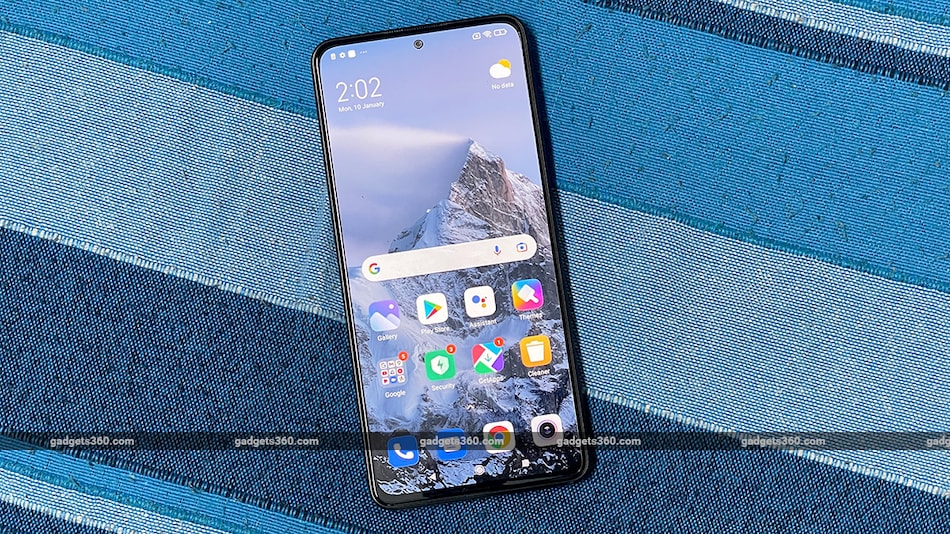 Xiaomi has launched two new smartphones to kick off 2022, the Xiaomi 11i 5G and the Xiaomi 11i HyperCharge 5G. These two smartphones are nearly identical but have slightly different battery capacities and charging speeds. The latter model is the one making all the headlines thanks to its ability to charge incredibly quickly. The Xiaomi 11i HyperCharge 5G comes with a 120W charger, and Xiaomi claims that it can get to 100 percent in just 15 minutes. I got my hands on the new phone, and here are my first impressions.

Xiaomi 11i HyperCharge 5G price in India and availability

The Xiaomi 11i HyperCharge 5G price in India starts at Rs. 26,999 for the base variant which has 6GB of RAM and 128GB of storage. The second variant with 8GB of RAM and 128GB of storage is priced at Rs. 28,999. Xiaomi is also offering a limited-period New Year discount of Rs. 1,500, while SBI Bank card holders can avail an additional Rs. 2,500 as cashback. The Xiaomi 11i HyperCharge 5G is available in four colour options: Pacific Pearl, Purple Mist, Camo Green, and Stealth Black. It will go on sale in India on January 12 at noon.

The Xiaomi 11i HyperCharge packs in a 4,500mAh battery

The Xiaomi 11i HyperCharge 5G has a new design with flattened sides and rounded corners, and it's quite comfortable to hold. At 8.34mm in thickness, the phone still feels slim, although the 204g weight is noticeable. The frame seems to be made out of polycarbonate while the back panel is glass.

Sticking to the current trend of side-mounted fingerprint scanners, the Xiaomi 11i HyperCharge 5G has the scanner placed on the right, along with the volume buttons. The phone also sports stereo speakers, a 3.5mm headphone jack, and an IR emitter which is ubiquitous on Xiaomi smartphones.

The back panel of the Camo Green variant of the Xiaomi 11i HyperCharge 5G has a matte finish. This creates a dual-tone effect, and the green colour is only really noticeable when light hits it at an angle. With only a ‘Xiaomi 5G' branding on the back, I quite liked the minimalist design of this smartphone. The camera module is bigger than that of the Mi 10i (Review) and protrudes quite a bit. It houses three cameras, a 108-megapixel primary, an 8-megapixel ultra-wide, and a 5-megapixel macro camera. For selfies, this phone has a 16-megapixel front camera.

The Xiaomi 11i HyperCharge 5G is powered by the MediaTek Dimensity 920 SoC just like the recently launched Vivo V23. Both variants have 128GB of storage only, which is expandable using a microSD card in the the hybrid dual-SIM tray.

The phone runs MIUI 12.5 based on Android 11, and my unit had the September Android security patch. It comes with multiple MIUI features and a few preinstalled apps which can be uninstalled.

At the front, the large 6.67-inch AMOLED display has a small hole-punch cutout and thin bezels on the sides. It has a full-HD+ resolution and a 120Hz refresh rate, and is protected by Corning Gorilla Glass 5.

The highlight of the Xiaomi 11i HyperCharge 5G is the 120W fast charging support. Xiaomi bundles a 120W charger in the box, and it is one of the biggest ones I've seen bundled with a smartphone. It has a full-sized USB Type-A port, and you also get a Type-A to Type-C cable with this phone. The Xiaomi 11i Hypercharge 5G packs in a 4,500mAh battery, which Xiaomi claims can be filled fully in just 15 minutes. I'm looking forward to testing these charging claims in the full review.