Wickedleak Wammy Neo Review: I Got the Power 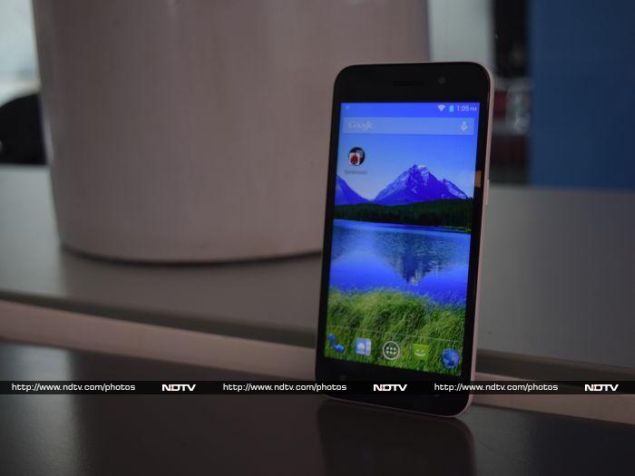 The budget smartphone race in India is getting hotter by the day. It is increasingly becoming difficult to weed out the best from the rest. The entry of smaller, unknown brands might not seem to be any threat to established companies, but anyone could potentially disrupt the market with an attention-grabbing new product. Isn't this how Micromax rose to fame?

Wickedleak (we can't stop thinking this is some subsidiary of the popular online whistle-blower Wikileaks), primarily built by MBA graduates as an e-commerce platform in 2009, decided to import extremely low-priced phones and tablets, and of course sell them on the same platform. The Wickedleak Wammy Neo is the cheapest octa-core smartphone one can buy today. We review the device to find out if it is actually worth its price. 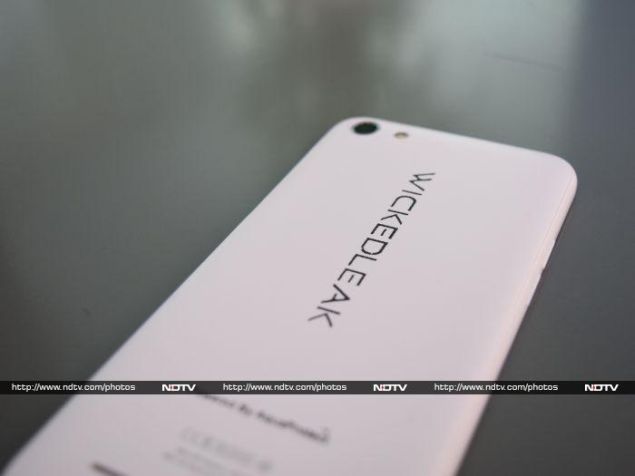 Look and Feel
Made entirely of plastic, the Wickedleak Wammy Neo does not have the polish of the Moto G (review) or the design aesthetics of the Lava Iris Pro 30 (review). The cheapness in finish is evident from the fraying of the print on the rear cover. The text below the main logo looks like it was stencilled on. Once we opened the rear cover, we noticed that even the build quality was extremely suspect. The area around the SIM card slots creaked when we applied moderate pressure. The entire device is characterized by its poor build quality, which is not a good sign at all. 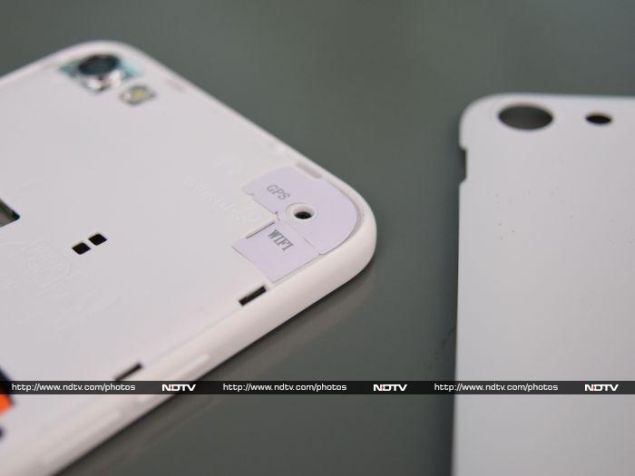 The phone is pretty slim at 7.6mm and its weight makes the Moto G feel like a heavy rock. But as we mentioned, the phone doesn't feel sturdy. It has a power button on the right edge, and the left edge has two distinct buttons for adjusting the volume. On the top edge is the 3.5mm audio jack, and a Micro-USB port and microphone are on the bottom. The rear of the device has the camera and flash along with a rather large Wickedleak logo. Right above the display is the front-facing camera.

The 5-inch screen takes up most of the front and features a 720x1280 HD resolution. On first look, the screen looked good enough, but on closer inspection we noticed that it wasn't calibrated properly, and we could notice a yellow gradient over what was supposed to be a plain white background. Although it looks okay from a normal viewing distance, regular users are bound to find the screen inaccurate. The viewing angles are not great but sunlight legibility is decent. 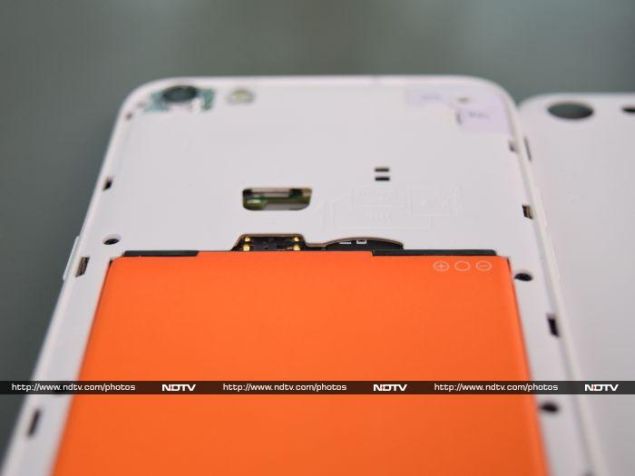 Features, Specifications and Software
Running the show is a Mediatek MTK6592 octa-core processor clocked at 1.7GHz, with an integrated Mali-450 GPU. This configuration is unheard of in any smartphone at this price point, which gives the Wickedleak Wammy Neo a definitive edge over the competition. To make things better, Wickedleak provides 2GB of RAM with the phone. For storage, there is 8GB of space and users can expand this by up to 32GB using a microSD card. 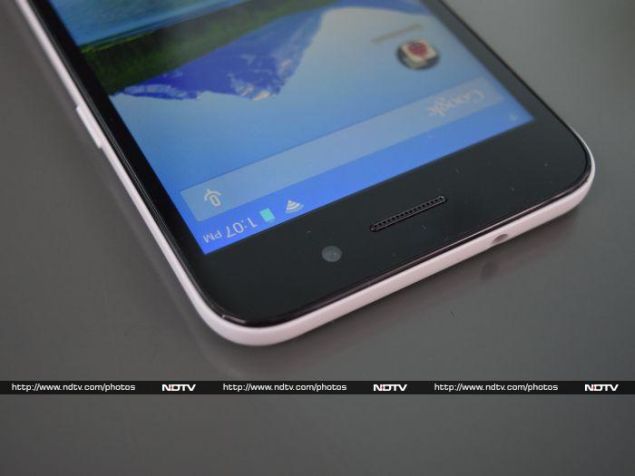 The Wammy Neo has a 13-megapixel autofocus rear camera with flash and also a 5-megapixel front-facing camera. The phone accepts two SIM cards - one regular sized and the other micro. With respect to connectivity, we were really disappointed by the ancient Bluetooth 2.1 standard. 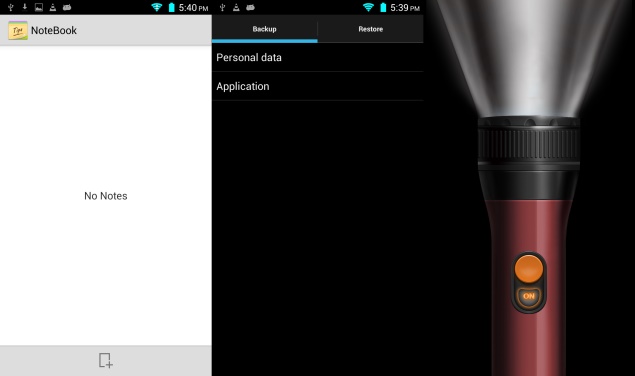 While the Wammy Neo runs the now-dated Android 4.2.2, Wickedleak has promised an update to KitKat, which our review unit had not received. Moreover, the company strips away all the Google goodness one expects from an Android phone. Only Gmail, Google Talk and Maps are preloaded. The other Google apps can of course be downloaded but we expected them to be installed by default. There are two other apps: NoteBook and Backup and Restore,  which do exactly what their names suggest. Otherwise, the software is nothing we haven't seen before and is pretty easy to use.

Camera
The basic camera app may not provide the flair we would have liked for capturing the important moments of life, but it is functional enough. It is the same camera app from the days of Android Gingerbread. By default, the camera choses the 8-megapixel setting for capturing images, and buried deep inside the settings menu is an option to change the images size to 13 megapixels, the largest supported size. 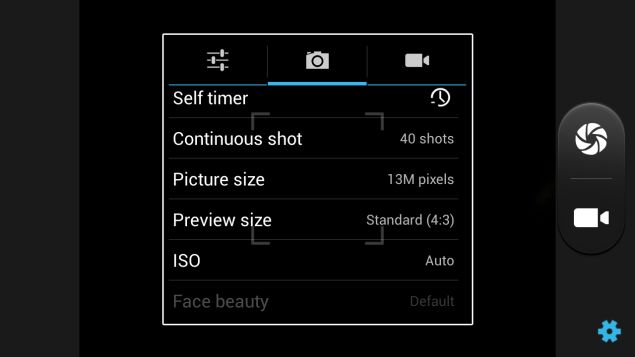 Images captured in broad daylight had a good amount of detail but the colours were completely off. The entire image had a blue tint to it as is evident from the sample shot of leaves below. In low light conditions, despite the same issue with colours, the camera let in a good amount of light and the resulting images looked good when not zoomed in. These images will work well for uploading on social media networks. The captured 1080p video using the rear camera is once again marred by the tinted colour. 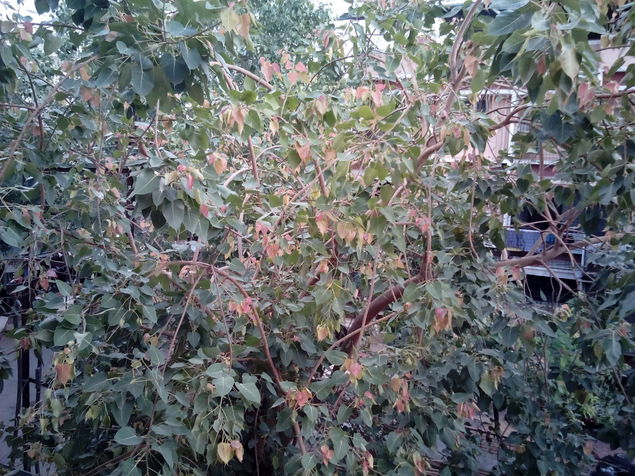 The 5-megapixel front-facing camera is a treat not in the Normal mode but with the Face Beauty mode. The software does a decent job of hiding pores and heat boils on faces. Selfie aficionados are bound to go gaga over this feature.

Performance
We can't stress enough that the specs of the Wickedleak Wammy Neo are off the charts for its price. The benchmarks also illustrate the same.

In the AnTuTu and Quadrant benchmarks, the phone returned healthy scores of 25,670 and 14,101 respectively. In the GFXbench test for graphics performance the Wammy Neo registered 11.7fps and in the intensive 3DMark Ice Storm test it lodged a score of 5424. These results are testimony to the fact that the Wammy Neo is the fastest phone one can buy for less than Rs. 15,000 rupees. 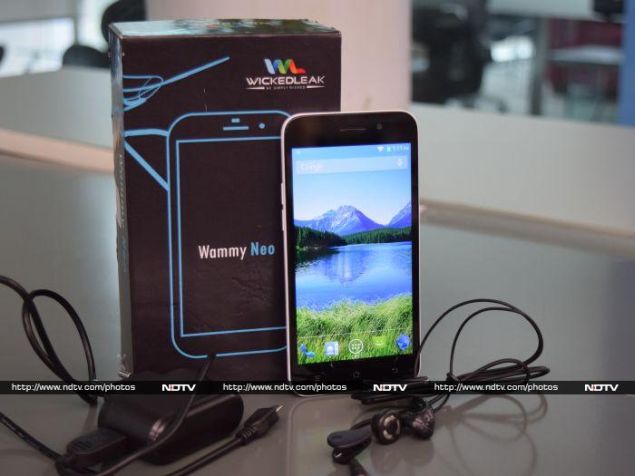 Benchmark results aside, day-to-day performance was mostly lag free. However, in our video playback test the phone wasn't too eager to play our high bitrate 1080p video. The video stuttered and skipped frames frequently. In our battery test, the phone lasted us 5 hours and 33 minutes before it died. This is decidedly mediocre and one would probably need to charge the phone before the end of each day. The bundled earphones are pathetic, the speaker volume is too low and it sounds tinny. During phone calls, the phone suffered a bit in terms of network reception, and we couldn't hear the other party clearly.

Verdict
Wickedleak gets the pricing spot on. The Wammy Neo costs Rs. 11,990 and it is a bargain for that price. The closest competing smartphone is the iBerry Auxus Nuclea X, which costs almost a thousand rupees more. If the need is a smartphone with great performance below Rs.15,000, look no further than the Wammy Neo. But do keep in mind that the Moto G has far better better build quality and has Motorola's brand name attached to it. Also, the Wammy Neo cuts quite a few corners with bad speakers, below average battery life and, most importantly, subpar build quality. What is the use of all this power if the phone can't deliver decent real-world usage?