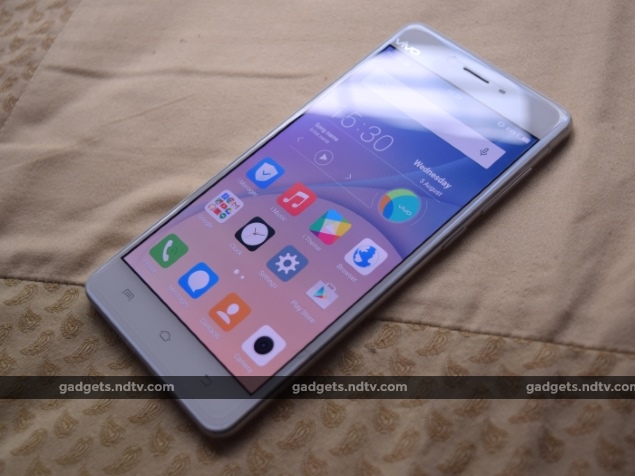 Chinese manufacturer Vivo has been a player in the global smartphone market for the last couple of years. The Vivo XPlay 3S was the world's first smartphone with a quad-HD (2560x1440 pixels) display when it was revealed back in 2013. Earlier this year, the Vivo X5Max (Review | Pictures) staked claim to the title of slimmest smartphone in the world, with a thickness of just 4.75mm. With technical achievements such as these to its name, Vivo hopes to be considered among the elite of the smartphone world.

The company's latest product in India is the Rs. 27,980 Vivo X5Pro. The Chinese version of this phone features eye-scanner technology for unlocking the device and securing certain data, but the version launched in India does not have this feature. Without it, there's very little setting the X5Pro apart from phones such as the Yu Yureka Plus (Review) and Xolo Black (Review | Pictures), both of which offer similar specifications for less than half the money. Is the Vivo X5Pro worth the asking price? We find out in our review.

Look and feel
The Vivo X5Pro is fairly similar to the X5Max in terms of looks, but there are a few differences that set it apart. At 6.4mm, the Pro is a fair bit thicker than the Max. Additionally, the X5Pro has rounded edges, a completely different back, and a smaller 5.2-inch screen (though it retains the 1080x1920 pixel resolution). The Super AMOLED display is fantastic; it's sharp, detailed, and has truly vibrant colours that look real and exciting. It's among the better full-HD displays we've seen on a smartphone.

There's no denying that the Vivo X5Pro borrows design inspiration from the Apple iPhone 6 (Review | Pictures). From the curved edges to the speaker grille along the bottom, there seems to be a deliberate effort to make the X5Pro look as similar to the iPhone 6 as possible. This might have something to do with the immense popularity of the iPhone 6 in Vivo's home market, and the X5Pro does succeed in mimicking it to an extent.

On the whole, the Vivo X5Pro is a well-built, well-designed device that matches up to the standards set by premium device manufacturers such asSamsung, HTC, Sony and Motorola. There's a lot to like in the way the X5Pro feels in the hand, as well as its slim metal-and-glass profile, and we're impressed with the aesthetic appeal of this phone. 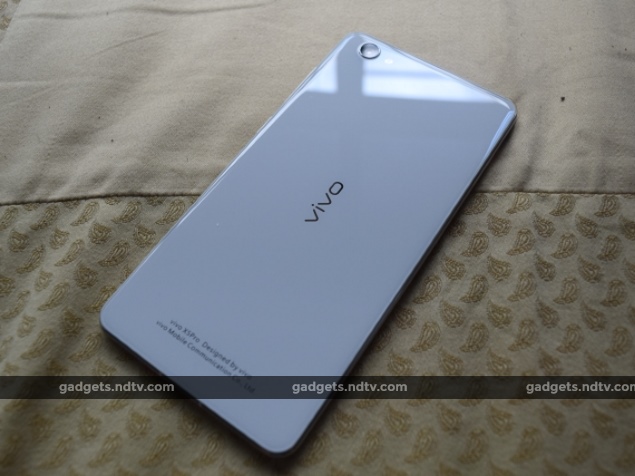 Specifications and software
The most important component in a smartphone is the SoC, and the Vivo X5Pro uses a Qualcomm Snapdragon 615. This is strictly a budget-midrange processor that has found popularity in the sub-Rs. 15,000 segment. For a Rs. 27,980 smartphone such as the X5Pro to be built around this SoC is ridiculous in our opinion, since Vivo doesn't have the reputation or brand value in India to justify the premium pricing. Furthermore, when compared to the Snapdragon 810-powered OnePlus 2 which costs just Rs. 24,999, the chosen SoC makes even less sense.

Other specifications of the Vivo X5Pro are similar to those of many popular budget devices as well. It features dual-SIM connectivity with the second SIM slot doubling up as the microSD slot; a 13-megapixel primary camera capable of shooting full-HD video; and an 8-megapixel front camera. There's 16GB of internal storage (expandable with a microSD card of up to 128GB), 2GB of RAM, and a 2,450mAh battery. Nearly all of these specifications are bettered by the less expensive OnePlus 2. 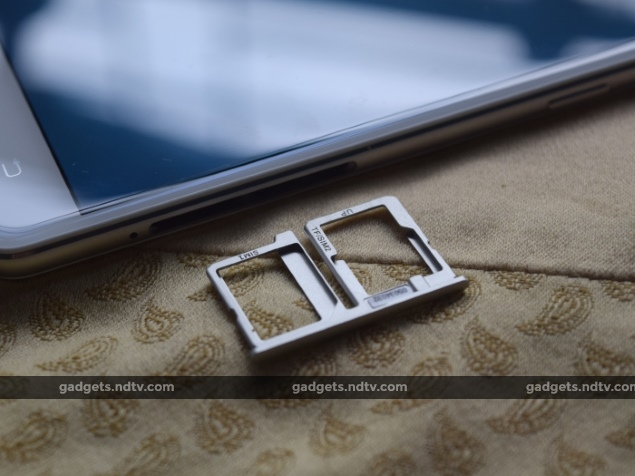 The Vivo X5Pro runs on Android 5.0 with the company's own FunTouch OS skin on top. Like many Chinese manufacturer UIs aiming to mimic iOS, FunTouch does not have an app drawer, instead piling all apps and widgets onto multiple home screens. The fonts, icon styling and menus all have an undeniable resemblance to iOS.

There's a decent amount of customisability and control over the device, and the pull-up shortcut menu is particularly useful in controlling basic aspects of the phone. It's significantly different from typical Android user interfaces in many ways, and this could take some getting used to for longtime Android users.

Fortunately, there's very little bloatware to be found on the Vivo X5Pro. Most of the preinstalled apps are useful and you'd likely want them anyway: Facebook, WeChat, WhatsApp, Skype and WPS Office are on the list. Most of the standard apps work well and are easy to use. 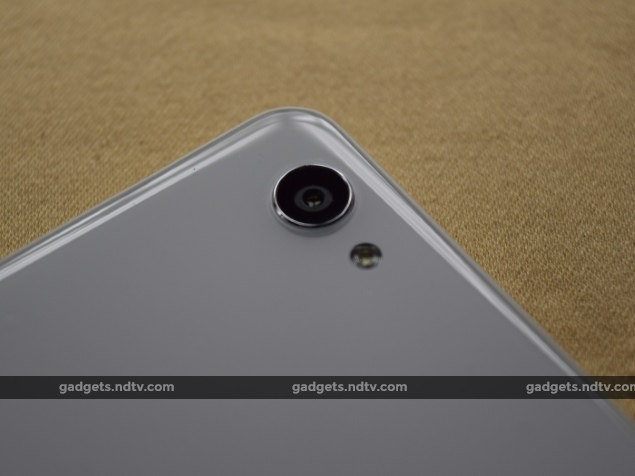 Camera
The Vivo X5Pro retains Vivo's usual camera app, which is unsurprisingly designed to look like the iOS one. You don't have access to too many manual settings, but there aremodes such as HDR, Panorama, Night and Bokeh instead. A menu along the bottom lets you choose the picture or video size, activate the timer, use touch-to-capture, and change a few other similar options. There are quick switches for toggle between the front and rear cameras, activate the flash, go to the gallery, and record video, apart from the standard shutter button. It's simple and gets the job done.

The camera itself is just about okay for a 13-megapixel shooter. Photos have a tendency to come out a bit dull, but if you make the effort to focus and allow the camera to adjust to light and other factors, you can get some decent shots. Colours were usually accurate, although we felt that sharpness was lacking in some of the test shots we took. It's an acceptable camera nonetheless, but whenthe price is considered, you can get similar or better performance from a smartphone that costs much less. 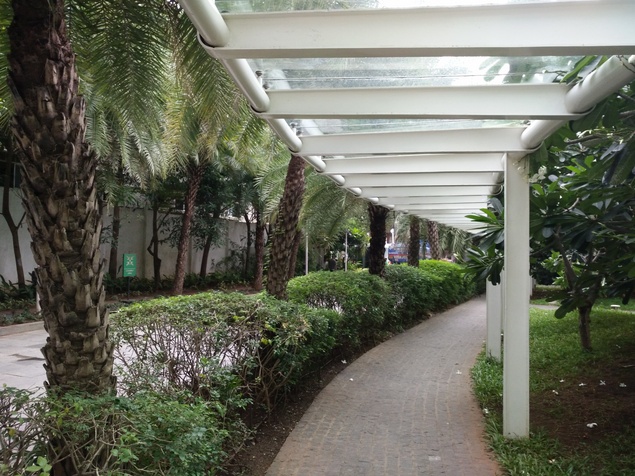 Performance
The Vivo X5Pro is usually a pleasure to work with, thanks to the smoothness and fluidity of FunTouch OS. Apps load and run well, and we had no day-to-day performance issues during our time with the device. All of our test videos, including the heavily encoded ones, ran comfortably without any lag or hitches. The new Angry Birds 2 ran smoothly as well, although it did cause the rear of the phone to heat up considerably.

Benchmark test numbers were in line with what we've been seeing from other Snapdragon 615-based devices. Antutu and Quadrant scores were 33,824 and 11,614 respectively, while GFX Bench and 3D Mark Ice Storm Extreme returned figures of 14fps and 5,391. All of these scores were lower than those of the Yu Yureka Plus and Lenovo K3 Note, which as we've mentioned before, cost a fraction of the price of the Vivo X5Pro.

Battery life is just about average as well. The Vivo X5Pro ran for 8 hours, 35 minutes in our video loop test. Call quality was decent enough, as was network reception. Wi-Fi reception was poor, however, and the phone simply would not pick up a Wi-Fi signal if there were too many obstructions. We tested this alongside the Yu Yureka Plus, which would at least pick up faint Wi-Fi reception. Audio performance through the speakers and earphones is decent enough. On the whole, the Vivo's performance is underwhelming, considering its price. 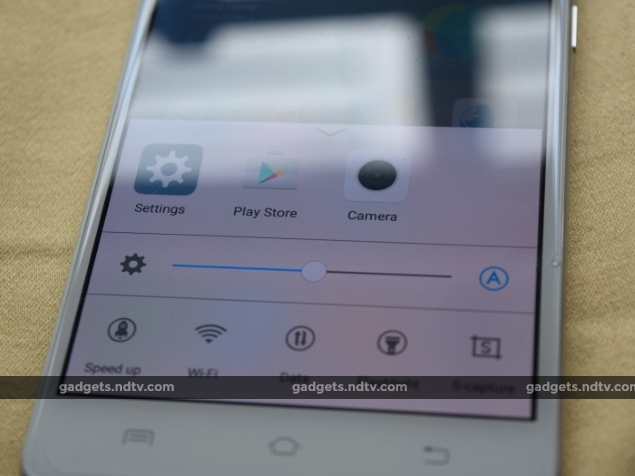 Verdict
The Vivo X5Pro is a good-looking smartphone that does an impressive job of looking like iOS on the Android platform. If you're a fan of Apple and iOS but are averse to paying big bucks or switching away from Android, the Vivo X5Pro provides a close approximation of that experience. It's a thoughtful device that makes ease of use a priority, and even looks out for your aesthetic sensibilities.

However, we have a problem with the price of the X5Pro. Vivo might like to believe that it's a premium brand, and it might even get away with that attitude in its home market, but in India it's just another Chinese smartphone maker. It does not have the reputation and standing to be able to charge thrice as much as similarly specced products, and we believe that there is no good reason to shell out this kind of money for this kind of a smartphone. If cost is not a factor, we have no qualms in calling the Vivo X5Pro a good device. But at its current price, we simply cannot recommend it over many of the large number of devices that currently sit in the sub-Rs. 15,000 segment.