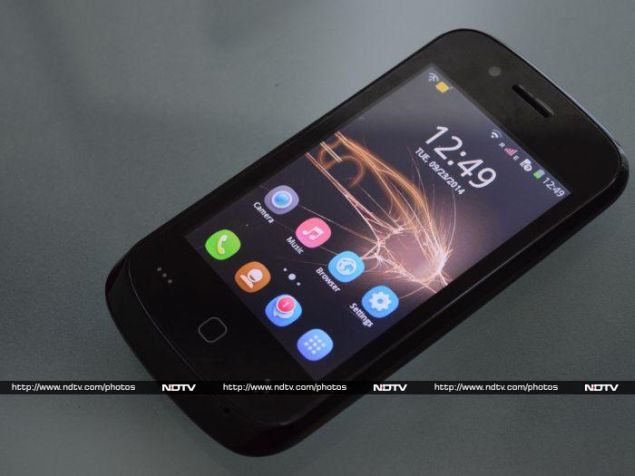 How low will the prices of Android smartphones go? Of late, we've noticed a flurry of smartphones priced below Rs. 3,000 sporting Android KitKat. One of these is the Sunstrike Rage Swift. Sunstrike has been making phones under the 'Rage' label for some time now and it's only recently that this company has caught the attention of Indian buyers. The Rage Swift runs Android 4.4.2 and has rather low-end specifications.

Is Rs. 2,999 enough to buy a good, if not great, smartphone experience? We find out. 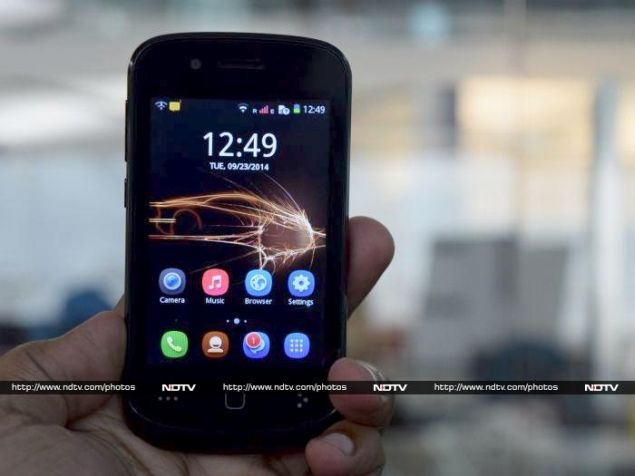 Look and feel
We are so accustomed to reviewing big phones that the Sunstrike Rage Swift feels diminutive in comparison. This phone has dimensions of 119 x 62.4 x 11mm and fits comfortably in our palms. The entire body is made of plastic and has an oily texture that makes it difficult to grip. However, after using the device for the duration of the review we feel that the build quality is adequate and there is nothing we can really complain about, considering the bargain price.

The 3.5-inch screen is surrounded by fairly large bezels. Below the screen are three unusually-designed capacitive touch buttons. The back button is three dots made to resemble an arrow and it sits on the left of the square-shaped home button. On the right of the home button is a dotted line icon which represents the menu functions. Below the buttons is a wedge-shaped design element. Above the screen one can find a front-facing camera and an earpiece. The hardware buttons for power/wake and volume are on the right edge of the Rage Swift. A 3.5mm jack for audio and a Micro-USB port are present on the top. 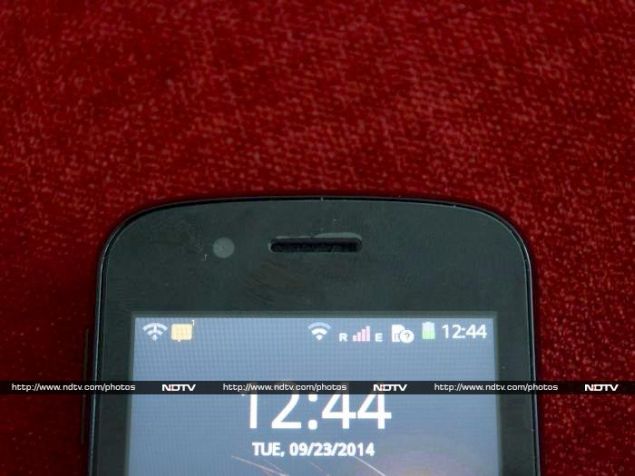 The rear of the phone is ugly, especially the lower half which has perforations for the speaker. It is not a coherent design and the speaker grille sticks out like a sore thumb. The primary camera is housed in a slight bump on the rear and below it is the flash. On prying open the rear cover, you can find the battery, two slots for SIM cards, and a microSD card slot.

Specifications, software and camera
Of course, as we expected and you probably did too, the specifications are decidedly low end. This phone has a fairly unknown single-core Spreadtrum SC 7715 processor clocked at 1 GHz and only 256MB of RAM under the hood. There is 512MB of internal storage of which only 145MB is available for users. You can forget about installing big apps on this device. Thankfully, the phone supports microSD cards, using which the storage space can be increased by up to 32GB, which is quite sufficient for most users.

This is one of the cheapest phones that can access a 3G network and we are glad that Sunstrike decided to take this route. The dual-SIM setup works in dual-standby mode. The other connectivity features include Wi-Fi and Bluetooth 3.0. Providing the juice for the phone is a 1600mAh battery. 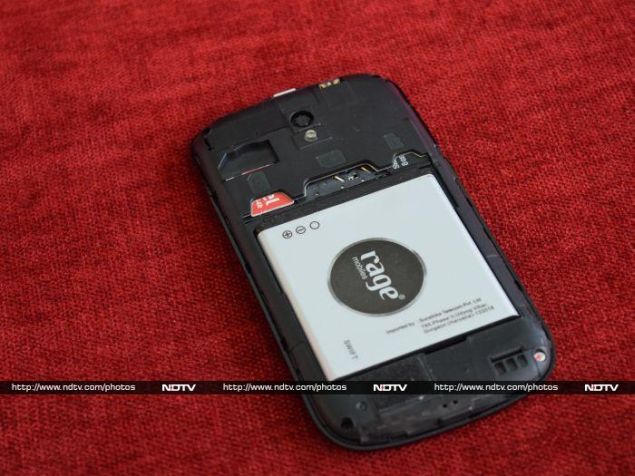 The 3.5-inch screen has a QVGA (320x480) resolution. This is the same resolution as that of the original iPhone which was released in 2007. There is no fancy protective layer on top of this screen and its quality is average at best. It displays muted colours and is hazy most of the time. Unless one is looking at the screen head on, it looks washed out. It is not viewable at all under direct sunlight. 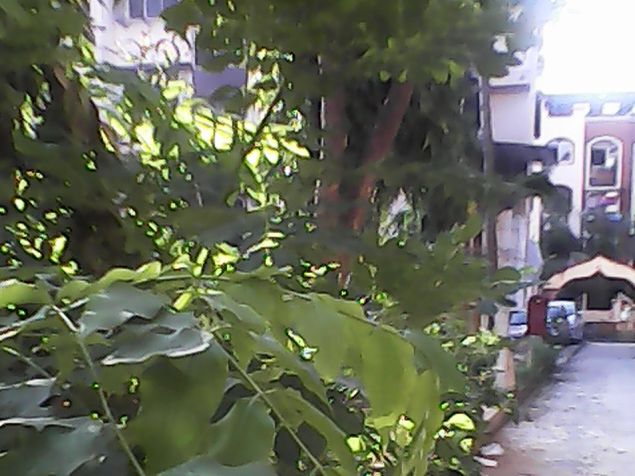 We think it would have been better for Sunstrike to have just not bothered with the 1.3-megapixel rear camera and 0.3-megapixel front camera. Frankly, both perform abysmally for photos and videos.

The USP of this phone is that it runs Android 4.4.2 (KitKat) out-of-the-box, thanks to Google's move to optimise Android to work on lower-specced devices. Sunstrike has a skin running on top of the OS and the square icons with curved edges reminded us of Nokia's implementation of Symbian Belle on the Nokia N8. This skin can be changed using ThemeManager app and there is only one other option. The icons are very different from stock Android icons and we had a tough time figuring outone was for the Play Store. Also, the Play Store scales weirdly on the 320x480 resolution screen, and we spotted a few anomalies (pictured in the screenshot). There are also a few preloaded third-party apps such as the Times of India mobile app, OLX, and Opera Mini. 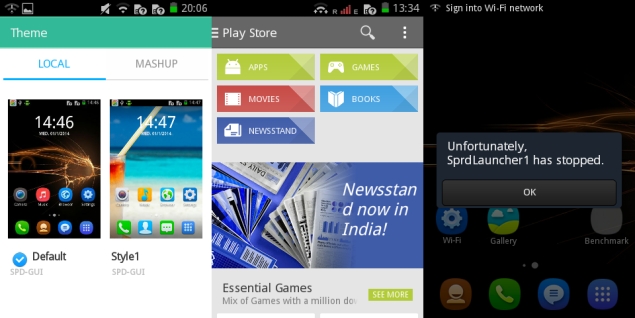 Performance
The software has been optimised to run smoothly on the Rage Swift, which it does most of the time. Unfortunately, the 256MB of RAM is not sufficient, and we faced problems where the launcher force closed or apps would automatically shut down. At one point, we created a folder for multiple apps, and after a restart we noticed that the folder was blank and would just not open. Using the keyboard on this phone is a tad difficult and those with thick fingers will not find this device well suited for them. Moreover, using this phone was a really slow and frustrating experience.

Both our graphics tests failed to run. The AnTuTu and Quadrant benchmarks returned dismal scores of 6,277 and 1,860 respectively. Then again, it's just about what we should have expected from a phone with such a low price. We threw in a bunch of videos with low expectations and that is when the phone surprised us. It didn't play any of our 1080p videos but it played all the 720p ones just fine.Though we think that the screen is not really conducive for viewing videos, if push comes to shove one can count on the Sunstrike Rage Swift to do the job.

Even the bundled earphones are decent enough for listening to music with. The loudspeaker is really loud and quite clear. We tested the phone for its sound quality in calls and noticed that it crackles. In our battery test the phone lasted us 5 hours and 51 minutes, which is fairly okay but we also noticed that it lost battery really fast when it was not being used (standby).

Verdict
After using the phone extensively, all we are wondering is if the Sunstrike Rage Swift is the definitive smartphone experience for someone who wants to experiment with Android or is on a very tight budget? The inclusion of Android 4.4.2 KitKat (with a fairly decent skin) and the good media capabilities make the Sunstrike Rage Swift a good phone to consider at Rs. 2,999. On the other hand, the poor performance of the hardware and constant stutters while using the phone make for a broken smartphone experience. 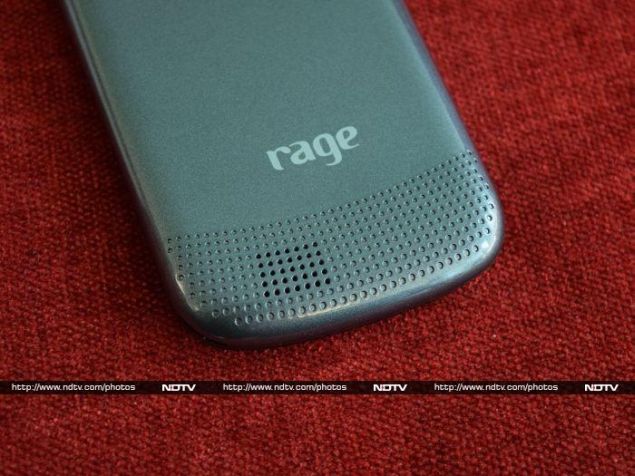 The Intex Cloud FX (Review | Pictures) is probably a better bet. Then there's also the cheapest Android KitKat smartphone, the Jivi JSP 20, which also has a very tempting price. Another option would be to simply buy a feature phone, which does what it does well and doesn't try to do anything more.

It would seem that this phone is just about functional enough, but for a truly comfortable entry-level Android experience it would be better if you could spend at least Rs. 5,000. We still urge companies to keep experimenting to find ways to bring down the cost of smartphones, and re-evaluate the price-performance equation in the entry-level smartphone segment.