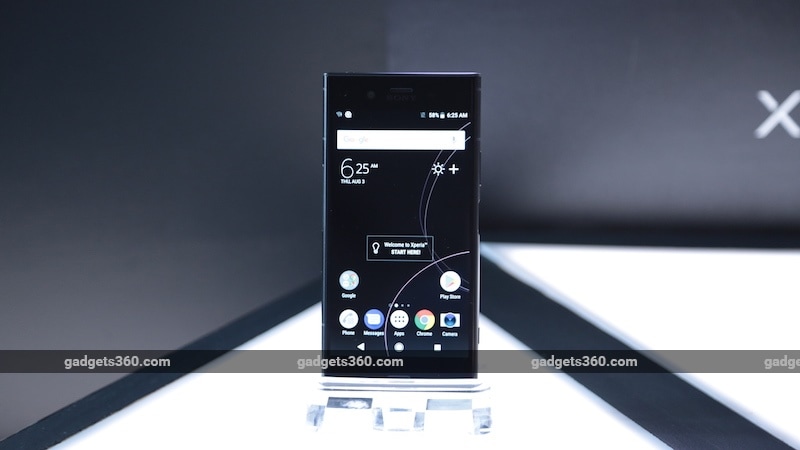 Sony announced the India launch of its latest flagship smartphone, the Xperia XZ1, at an event in New Delhi on Monday. The Sony Xperia XZ1 is the first phone in India that ships with Android 8.0 Oreo out-of-the-box, and it's already available to purchase at a price tag of Rs. 44,990 via online and offline stores. The latest version of the Google's mobile operating system aside, the big highlight of the Xperia XZ1 is the 3D scanner packed inside the rear camera, which is capable of building a full-scale 3D model of your face - or any other object - in a few seconds.

The Sony Xperia XZ1 is certainly the first mainstream phone to offer this feature, and if Monday's launch event is any indication, Sony is betting heavily on the 3D scanner to broaden the appeal of the smartphone. If 3D scanning doesn't interest you, the rear camera of the smartphone packs plenty of other stuff to make an impression. It retain the 960fps slow-motion capture seen in some of other recent Sony smartphones and claims to improve upon the Predictive Capture With Face Expression feature that aims to capture the best moment if your own shooting skills are off by a fraction of a second.

A nice touch is on the design side, as the Xperia XZ1 now packs a metal unibody with what Sony is calling a Premium Loop Surface Design. It's a welcome refinement of the Xperia design language and the smartphone feels a touch more premium than its predecessors. The smartphone is IP65/ 68 water resistant and India variant comes with dual-SIM support as well as a fingerprint sensor embedded inside the power button on the right.

The other big highlight of the Xperia XZ1 is the 5.2-inch HDR display, a feature that's still not that common even on flagship smartphones. This means you can view latest content from the likes of Netflix in its full glory. The display is protected by Gorilla Glass 5 by Corning.

In terms of specifications, the Sony Xperia XZ1 has everything you'd expect from a flagship: Snapdragon 835 SoC, 4GB of RAM, 64GB of storage, expandable up to 256GB, and a 13-megapixel front camera, all backed by a 2700mAh battery. Stay tuned to Gadgets 360 for a detailed review of the Xperia XZ1.